Good Intentions Can Go Awry in "Chances Are" | Meridian Magazine

Good Intentions Can Go Awry in “Chances Are” 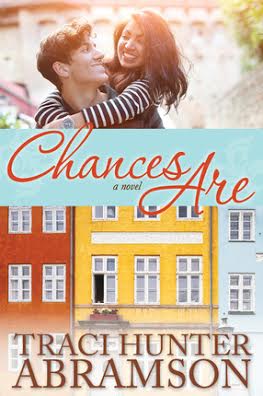 Traci Hunter Abramson moves into new territory with Chances Are, her latest novel. Well known for her high action military, CIA, and FBI books, this latest offering featuring a young woman dealing with cancer and a high profile baseball star may take her fans by surprise.

Maya Gupta has run out of resources. Her grandmother who helped her escape an arranged marriage at the age of thirteen in India has died, a year in a poor foster home forced her to sell her only belonging of value to finance necessities and begin college, then cancer drained the last of her cash, maxes out her credit cards, and cancels her ability to work. The only thing she has left is a dear friend who devises a plan so she can move to Washington, D.C. and enroll in a trial program which is her last chance to stop the cancer from taking her life.

Maya’s friend, Kari Evans, figures since her brother, Ben, will be away for the next three or four months, working out in a warmer climate before spring training begins and his apartment will be sitting empty, it will be the perfect solution to Maya’s problem. She can live there for free. The only problem is, she doesn’t discuss the matter with Ben. He arrives home early and Maya is kicked out with nowhere to go and no money to pay for even one night’s lodging.

Once Ben learns Maya’s true situation, he attempts to help her, but what can he do to save her from the man who insists she comply with the marriage contract her father signed, prevent damage to either of their reputations once the press finds out she’s living in his apartment, and make it possible for her to complete the treatment her life depends on? He also has a girlfriend who doesn’t understand “it’s over” and an old high school flame who would like to pick up where they left off.

There are several points this story brings out. Even good intentions can create problems when someone isn’t completely honest with those involved. Options in times of trouble are far more limited for someone completely alone than for those with a loving family. Assumptions are often wrong. Even with all the bad things in this world, there are still many good people.

The main characters are multi-dimensional. Maya has a great deal of courage; she’s intelligent, and has a hard time admitting her limitations. It’s difficult for her to ask for help. Ben is a talented athlete. Most things have come easily for him in life and he tends to just go along with what others want unless a moral issue is involved. They both jump to conclusions too easily. They’re both likable characters. Several secondary characters stand out as particularly likable too.

The plot proceeds to an exciting denouement just as in Abramson’s suspense novels and the setting in Washington, D.C, the city, rather than the political center, shows all the markings of a person who knows the city well.

Abramson has researched cancer quite thoroughly and portrays the emotions, the fatigue, weakness, pain, and huge expense involved very well. The only part she didn’t touch on is the huge amount of treatment that still follows after the surgery part is over.

Traci Hunter Abramson lives in Virginia. Originally from Arizona, she has spent most of her adult life since leaving BYU in the East. A former employee of the CIA, she now coaches high school swim teams and spends as much time as possible with her family.

CHANCES ARE by Traci Hunter Abramson, published by Covenant Communications, available on Amazon, 245 pages, also available for audio and e-readers.