Why We Do Hard Things | Meridian Magazine

Why We Do Hard Things 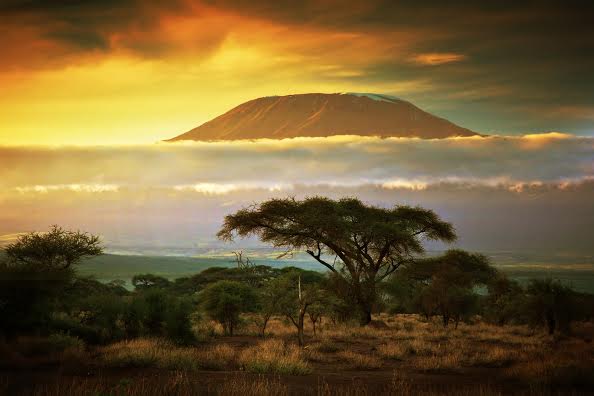 I am writing this article on my way to Amsterdam where I will catch a flight to Tanzania where I will climb Mt Kilimanjaro.  It is a daunting prospect, climbing the highest mountain in Africa, a 19,350 ft peak where altitude sickness is the norm.  I have asked myself the same question everybody else is asking me, why?  Why would anybody put themselves through so much physical discomfort?

I am climbing with a group called Radiating Hope and their goal is to provide relief for cancer patients around the world.  Many of those who will climb with us have lost a loved one to cancer and they climb in honor of those lost.  No doubt as they climb and their muscles ache and their joints scream and it becomes hard to breathe and they want to vomit they will be thinking of the pain a cancer patient suffers as they work to fight this tragic illness.  Clearly they would climb or walk or swim or bike any distance required if it could spare their loved one a day of pain, and certainly if it could prevent a death.

The motive of Radiating Hope climbers is obvious.  They climb out of love.  As I have prepared for this climb I have pondered why people do hard things, and I am convinced the most powerful motivator in the universe is love.  I have discovered that if I can help my clients discover what they love, they are willing to do hard things, things they didn’t think they could possibly do.

A young lady who has been trying since her adolescence to lose weight tried to convince me she just couldn’t do it.  It was simply too hard.  The exercise, the deprivation, the sacrifice was more than she could fathom.  She didn’t care that her clothes were too tight.  She didn’t care that she could not climb a flight of stairs without pausing half way up to catch her breath.  She didn’t even care when the doctor told her she would likely die young–until she remembered what she loved.

She loved her toddler, her tow-headed, exuberant, cuddly, trusting little girl.  This little girl adored her mother.   My client realized that the physical care she provided for her daughter at age two would seem insignificant compared to the emotional and spiritual care her daughter would need in years to come.  Her daughter deserved a mother I to help her through her adolescence and her own years as a young mother.  “How dare I be selfish enough to steal away her mother,” my client thought to herself.  Instead of sticking magnets to the refrigerator depicting herself at her ideal weight, she pinned photos of her daughter.  She found the love she needed to do something very, very difficult.

A few months ago my husband and I were kayaking tandem around San Cristobal island in the Galapagos off the coast of Ecuador.  Because we didn’t have a map we ended up going five times as far from port as the rental company allowed.  Upon our return a storm arose and the wind produced white caps that seemed to push us two strokes back for every stroke we pushed forward.  My shoulders felt like they were being tasered.  My arms weighed more than my entire I body.

After an hour of paddling through these vicious seas I wanted I to give up.  I started pondering what would happen if I rested.  The cliffs were only yards away.  They were protected by jagged rocks that would inevitably capsize our kayak I if were to bash against them.  I would have been willing to capsize, but then realized our bodies would be the objects bashing against the sharp rocks.  Then I considered just resting and letting my husband do all the paddling, but I remembered he was recovering from a rotator cuff injury and was likely in greater pain than I was.

His pain was born, not just of fatigue, but of injury.  That’s where I found my motivation to continue paddling.  I couldn’t bear to see him in that great of pain.  My efforts might be pathetic but I would do everything I could to spare my husband from greater suffering.

In a trance we continued on our journey and just as in the predictable sun set at the equator we pulled into the harbor, where the winds could not reach us.

Today love motivates me to climb the highest mountain in Africa.  I climb because my husband wants my company.  This is his dream and he begged me to share it.  We will share the beautiful scenery and the breathtaking vistas as well as the discomfort and the suffering and we will each tackle this hard thing out of love.

Jeanette Smith is a Licensed Marriage and Family Therapist in Jacksonville, Florida.  For more information go to www.smithfamilytherapy.org

Great article. Thanks for sharing your experience about climbing Mt Kilimanjaro and congrats on this huge achievement as well!