LDS Fiction: ‘Falling for You’ is Better Read on its Own 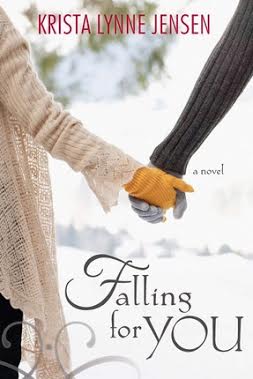 Sometimes reading a series of books out of order leaves the reader confused, but this was a rare discovery for me, a book I would have enjoyed more if I hadn’t read the first book in the series first. Falling for You by Krista Lynne Jensen picks up the story of older sister Elizabeth from The Orchard. I didn’t dislike The Orchard, in fact I liked it a lot, but secondary character Elizabeth was not an appealing character in that book which made her personality change and portrayal as a sympathetic main character in Falling for You hard to accept. The switch from a brash, arrogant secondary character to a lonely, insecure main character didn’t feel real. The personality changes in the younger sister’s love interest between the first and second book didn’t feel comfortable either. Both books are enjoyable, but I would have liked them better without the connection between the two and the abrupt personality changes which didn’t quite work for me.

Taken as a stand alone book Falling for You is the story of a young woman, Elizabeth, who was a wild teenager who couldn’t wait to go on to bigger things than the small town where she grew up. Her mother’s death while she was still in her teens affected her deeply, as did her father’s withdrawal from his children and pursuit of his own interests, but she kept her ambivalent feelings towards her parents bottled inside her. Her career led to a lot of international travel and to a scary experience with a man who used her. Her younger sisters’ conversions to the Church of Jesus Christ of Latter-day Saints and a partnership offer from an old friend sends her looking for a new beginning in Jackson Hole, Wyoming.

Her friend arranges for her to stay at a local bed and breakfast where she meets Ryan Brennan, a handsome young widower with three children who is carrying a load of emotional scars of his own. They’re drawn to each other, but there’s a complication of an old friend who is in the middle of a divorce, who seems to need her support. Three children are also a daunting challenge for a woman with low self esteem and who doubts she’s good enough for him or the children. He loved his deceased wife dearly and never foresaw loving another woman.

Loneliness and trust are both issues in this story, as are faith and fear. Elizabeth confronts real physical fear and learns to compare its affect on her to emotional fear. For a person who has always scorned religion and anything spiritual, it is particularly difficult to be open minded about her sisters’ and Ryan’s faith or to understand the changes she feels within herself as she puts her past life behind her.

Jensen has a leisurely writing style that moves the story ahead at a slower pace than some readers will enjoy and she includes a lot of scenes and descriptions which do nothing to advance the story. Other readers will revel in this comfortable, relaxed style. Though there are some excellent action scenes, this story deals more with character growth than action. The character portrayals and their growth is well done and believable within this volume; it is only the jump between volumes that makes getting into this second volume a little awkward.

Krista Lynne Jensen is a Washington State native. She lived for many years in Wyoming, but she and her family are now back in Washington.