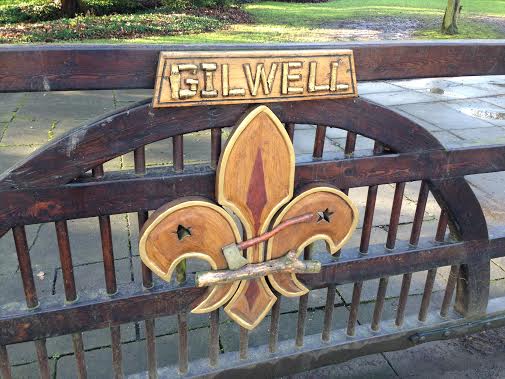 The gate at Gilwell Park where these records were kept.

Among all of the artifacts found in the archives at British Scouting headquarters, one handwritten document caught a historian’s curiosity and ultimately brought together the British Scouting Association and Brigham Young University.

The rough draft of “Scouting for Boys,” written by scouting founder Robert Baden-Powell, contains literary excerpts from authors Alexander Dumas, James Fenimore Cooper and Sir Arthur Conan Doyle. Although these excerpts didn’t make it into the version that was published as the first scouting handbook, BYU history professor Paul Kerry says stories of adventure were one of many ways Baden-Powell sought to create a community of common ground and mutual respect.

“He was consciously forging a new identity in scouts that could cross class boundaries,” Kerry said. “Scouting in his original vision was meant to foster the mixing of classes to forge a shared scouting identity, one based on character, virtue and working and learning together in nature.”

Kerry saw the value in digitally preserving scouting’s founding papers and called on the Harold B. Lee Library Special Collections for help. Two BYU students, Chelsea Bauer, a senior studying photography, and Riley Lovesee, a senior studying communication disorders, traveled to the British headquarters at Gilwell Park to work on the project. The students worked on the project under the mentorship of Scott Eldredge, the library’s digital initiatives program manager. 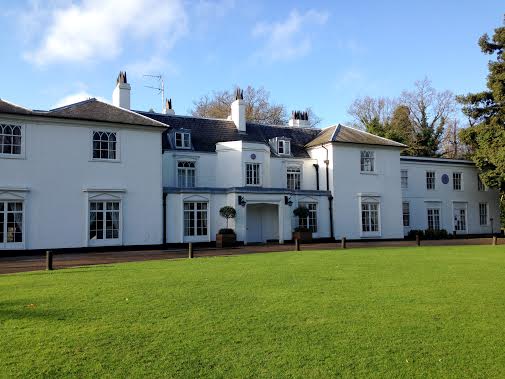 The team recently returned from a month in England where they digitized 41 boxes of the “founder’s papers.” They found documents ranging from written correspondence about Baden-Powell’s visits to different countries, uniforms, proper salutes, racial issues, politics and religion.

The project from start to finish involves digitizing each of the documents, enhancing their readability and making them available online. The team is also creating a finding aid to describe what is in the collection and explain each individual document in detail.

The project provides a unique learning and cultural experience. They had to scan each document meticulously and keep a log of the damaged documents needing curatorial attention.

Bauer said she didn’t know much about the history of scouting before she traveled all the way to its homeland, but she enjoyed reading the founder’s documents and learning more about the roots of what is now a worldwide organization.

“It was just fun to see articles teaching young men how to grow and be responsible men and resourceful people,” Bauer said. “That was interesting.”

Lovesee’s favorite part about working on the project was discovering connections between scouting and other organizations.

“It was interesting to realize just how much material there is associated with the collection,” Lovesee said. “It made me stop and think just how much time and thought was put into the organization of the association.”

Once the project is completed in a few months, the digital images of the founder’s papers will be available on the Harold B. Lee Library website.

This is exciting! I can't wait to see the papers. I wonder if there will be mention of the motion picture on the life of Lord Baden-Powell that the legendary producer Cecil B. DeMille was working on when he died in 1959. Of course that was long after B-P passed away in 1941 but perhaps it was part of his estate's papers. The LDS church has such a long history of association with Scouting, it's appropriate that BYU should be the repository of B-P's records as it is with the DeMille collection.