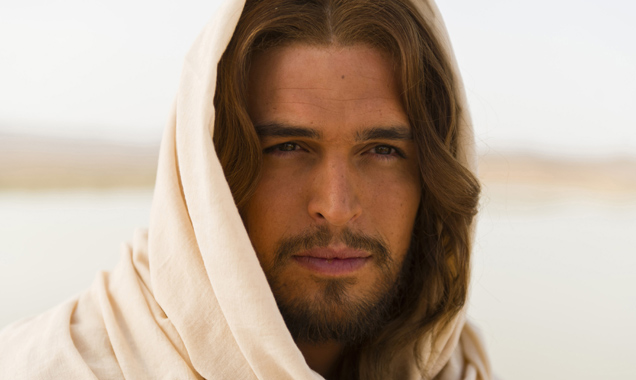 Few movies have been able to take over an entire multiplex – every screen, every seat; only blockbusters like Hunger Games. But now the religious epic Son of God is taking over several multiplexes nationwide on Thursday February 27, the day before it debuts on 3,000 screens.

Multiplexes in at least 10 cities nationwide are playing Son of God on ALL their screens on the evening of February 27. “It’s very interesting to see this level of excitement around the movie,” stated James Meredith, VP, Head of Marketing & Communications for Cinemark.  “We’ve already scheduled a few large-scale theatre buyouts for Son of God in theatres across the country.  The interest level for meetings, events, screenings and buyouts seems to be on par with that of major blockbuster, tentpole or franchise movies.”

Crossroads Church in Cincinnati is bringing thousands of people to their local Cinemark on Thurs Feb 27, where Son of God will be showing on 13 screens at the same time. “We’re inviting everyone to experience this historic film about the life of Jesus,” said Brian Wells from Crossroads. “Our church bought out every screen in the theater. If anyone comes to the theater to see another movie that night, they’ll be out of luck, unless we have a few extra tickets to give them!”

Mega-church pastor and NY Times bestselling author, Rick Warren, is buying out screens in eight different theaters throughout Orange County. “I’ve seen most of the films about Jesus produced in the past 50 years, and Son of God is the best,” Warren said. “We’re excited Jesus is back on the big screen, and we’re going to fill the theaters. I want every other faith leader in America to do the same. Whether you can buy out a whole theater, or just one screen, now is the time to show up.” Warren is also supporting the film by creating his own curriculum releasing February 15 – Son of God: The Life of Jesus in You.

In addition, other churches and organizations distributing tickets for a “Theater Take-Over” are:

Some pastors will also be buying out movie screens showing Son of God in Spanish and Korean.

Likewise, many business leaders are also donating tickets to churches and non-profits, including:

Son of God (www.SonofGodMovie.com) is produced by Roma Downey, best known for playing an angel on the hit TV show “Touched by an Angel,” and her husband Mark Burnett, a five-time Emmy winner who produces “Survivor,” “The Voice,” “The Apprentice,” “Shark Tank,” and other top shows.

“We’re very excited that the community is mobilizing to support Son of God,” said Mark and Roma. “The grass roots support is so important and the faith community is amazing when it mobilizes. Our hope is that the story and message of Jesus Christ will reach tens of millions of people nationwide.”

In addition to pastors doing “Theater Take-Overs,” many others are buying out single screens at their local movie theater. “This is a rare opportunity to bring the story of Christ into our mainstream culture,” said Rick Warren. “We want to see Jesus in movie theaters where sight and sound can open up our senses and let grace come in. The message of the Gospel deserves to be on the big screen – and this is our chance to see it there.”

0001pt; line-height: normal; text-align: left;”>Relief organization Compassion International has also joined in the buy out campaign by distributing tickets to churches in more than 40 markets. “Jesus has always been at the center of our ministry,” says Mark Hanlon, Compassion International’s senior vice president of global marketing and engagement.  “His life story is the greatest story ever told. And this film tells it in a beautiful, captivating way. The Gospel account of Jesus’ life is a central part of our program’s curriculum. That’s why we’re working with churches throughout the country to make this film an opportunity for outreach.”

While Evangelical Christians typically lead the charge in supporting faith-based movies, Son of God is a rare movie that has garnered the support of the Catholic Church. Cardinal Donald Wuerl of commissioned discussion guides and videos to be made for Catholic churches and schools, and

Archbishop Thomas Wenski of Miami is doing a Theater Take-Over for thousands of Catholics in Miami.

Son of God will be released by 20th Century Fox in theaters nationwide on February 28, 2014, featuring powerful performances, exotic locales, dazzling visual effects and a rich orchestral score from Oscar-winner Hans Zimmer. The film will be released in English, Spanish and Korean.

The movie may not be of the restored Gospel of Jesus Christ but I am happy anything about Jesus' love and life on the screen are a real plus in these days and times. Go see the life of the only perfect person to ever live and learn how to improve your own life.

I am excited to see "The Son of God" and the upcoming movie of Noah's Ark. We as members of the LDS faith need to support these movies. Over the past few years there have been a few Christian based movies released with lukewarm support. I hope that these new movies this year will be well supported and successful so that the movie industry will see that people demand good clean movies with a Christian theme and will produce more for members of all faiths.