Why Religion Matters: the Longing Within | Meridian Magazine

Why Religion Matters: the Longing Within

This essay on individual faith is the first in a five-part series about the value of religion.

“Faith empowers us to see the invisible, embrace the impossible, and hope for the incredible.” – Reverend Samuel Rodriguez [1]

Our modern world offers more choices and possibilities than ever before. Science and technology continually expand our knowledge, and the diversity of religious worldviews keeps growing. Our horizons seem to stretch thinner and faster than we are capable of handling. But in the end we remain the same spiritual creatures. Throughout our journeys the longing within endures. 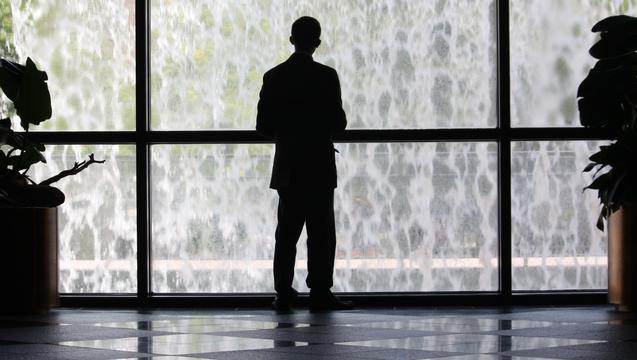 Religions share a common insight: there is something incomplete about us. And so we yearn for fullness. If every question had a ready answer, there would be no reaching in prayer. If every pain had an easy cure, there would be no thirst for salvation. If every loss was restored, there would be no desire for heaven. As long as these needs remain, so will religion. It is a natural part of life. To be human means to experience uncertainty, sorrow and death. Religion, however, is a school for making sense of chaos, a hospital for healing unseen wounds, a lifeline that gives us second chances.

To this point, Rabbi David Wolpe taught that religion “can go into a world in which there is a great deal of pain and suffering and loss and bring meaning and purpose and peace.”[2]

Though religion addresses these needs, it is not created by them. Religion is not merely a human response to hardship. It transcends the human; it comes from a higher source. History shows that men and women, in good times and bad, seek truth outside themselves as well as within. And they follow the answers they receive.

What is more, religion is the gathering of unique persons into a fellowship of believers. But if it cannot win the heart of the one, it cannot sustain its community. The spiritual experiences of each individual can be as different as the individuals themselves. Because we “see through a glass darkly,”[3] most things in life come down to faith. Ultimately, in those searching moments with the divine, it is the individual who filters the details, weighs the evidence, and makes decisions on matters of highest significance. This wrangling is the process of faith. Ludwig Wittgenstein wrote: “To believe in God means to see that the facts of the world are not the end of the matter.”[4]

Human life is about meaning. Our nature leads us to spiritual questioning and purpose. Religion provides a space where answers and meaning can be sought, found and passed on. That connection between religion and purpose continues today.

Whether it is healthy lifestyles, social trust or charitable giving, social science attests to a myriad of ways religion benefits individuals. According to one recent study, for example, “those who indicate that they are confident in God’s existence report a higher sense of purpose.”[5]

This is particularly relevant now. Our encounter with modern life is often a flash of images that burn bright and fade away – so rich on the surface, so neglected at the roots. But religion and the spirituality it inspires digs beneath that surface and connects us to the moral foundations that undergird the best of our shared humanity.

Throughout his life Will Durant, a historian of ideas and cultures, marveled at the power of religious faith. He himself, however, came to no definitive belief about God. At the end of his life of learning and observation he turned his mind to the meaning of the church. In his reflections he showed that even an agnostic person can see the abiding appeal of religion in the face of the unknown:

“These church steeples, everywhere pointing upward, ignoring despair and lifting hope, these lofty city spires, or simple chapels in the hills – they rise at every step from the earth toward the sky; in every village of every nation they challenge doubt and invite weary hearts to consolation. Is it all a vain delusion? Is there nothing beyond life but death, and nothing beyond death but decay? We cannot know. But as long as man suffers, these steeples will remain.”[6]

Institutions and ideas flourish when they fulfill real, lasting needs. Otherwise, they tend to die of natural causes. But religion has not died. Writing at a time, in the 1830s, when his home country of France was departing from religion, Alexis de Tocqueville observed that “the soul has needs that must be satisfied.”[7] He has proven correct. Over the centuries, attempts to squelch these needs have failed. Religion provides the structure for this longing, and churches are the household of faith.

Though built of wood, stone and steel, churches represent something deep in the human soul, something we long to uncover. More than anything man-made, religion gives direction and shape to the individual search for meaning.