The Church of Jesus Christ of Latter-day Saints yesterday released the following information that includes a video interview with Elder D. Todd Christofferson and a whiteboard animation which explain the Church’s position on existing Utah alcohol laws.

The Church’s Interest in Alcohol Legislation

The Church of Jesus Christ of Latter-day Saints cares deeply about the quality of life in Utah, home to nearly two million of its members – 13 percent of total membership – and the Church’s worldwide headquarters. The Church’s concern, however, is not to promote the health code we embrace as Church members, but to support legislation that advances the safety and well-being of all state residents, particularly minors, and to avoid the societal costs and harms that often result from alcohol excess consumption and abuse, underage drinking and DUIs. The Church also believes strongly that alcohol policy in Utah is closely tied to the moral climate of the state and legislation should not enable, promote or contribute to an “alcohol culture.”  Nevertheless, the Church does not contest the fact that alcohol is socially acceptable in our society and should be available to those who want it.

Utah Is a National Leader

Utah’s alcohol laws and policies are sometimes ridiculed, and their benefits, including the many lives these laws and policies protect, are overlooked. For decades, reasonable alcohol controls have served Utah well. Implementation of the comprehensive alcohol laws in Utah has resulted in the state falling well below the national average in devastating alcohol-related societal costs. In fact, Utah has the lowest number of alcohol-related traffic deaths[1] per capita of all 50 states.

Utah also ranks at or near the bottom of other national alcohol-related statistics. For example, Utah’s statewide averages for lifetime and recent 30-day use of alcohol by 8th, 10th and 12th graders are approximately half the national average.[2] In 2012 alcohol-impaired driving fatalities in Utah accounted for 16% of total driving fatalities, compared to a national average of 31%.[3] In 2010 Utah also had the lowest prevalence of binge drinking (10.9%) of any U.S. state.[4]

According to Forbes,[5] “Utah residents have the least to fear from drunken drivers.”

Despite these and other benefits, Utah’s alcohol laws have continually been challenged. While many other states are trying to curb alcohol consumption because of the significant public costs and the many problems associated with it, some in Utah are trying to undo laws and regulations that have contributed to these desirable outcomes sought after by other communities.

There are widespread and significant societal costs resulting from abuses of alcohol. One study[6]suggests that alcohol does more collective harm to society than any other drug. The National Council on Alcoholism and Drug Dependency reports that there are some 2.5 million alcohol-related deaths worldwide annually.[7] A CDC report[8] found that excessive drinking cost the United States $223.5 billion in 2006, or $1.90 per drink. As CBS News put it,[9] “As your bar tab increases, so too does America’s tab.”

Even with lower-than-average consumption rates, Utah pays a high price as well. In 2010 the state incurred $1.57 billion in costs[10] associated with alcohol, or over $1,800 per household. These included costs due to underage drinking, pressures on the criminal justice system, loss of days worked and other related costs. The greatest costs are for the loss of potential years of life, which totaled $472 million dollars. There are, of course, extensive nonquantifiable costs related to loss of life as well, including the damaging effects alcohol-related deaths have on individual families.

Each State Is Different

Those who advocate for a loosening of Utah’s alcohol laws frequently speak of the need to “normalize” them, which is really the same thing as advocating to “liberalize” them. In fact, there are no “normal” state alcohol regulations. Because every state chooses for itself how to best regulate alcohol, the laws in various states are as diverse as the states themselves.

Utah is not unique in enacting alcohol laws that are consistent with the policies and culture of the state. Some states have a complete prohibition on alcohol consumption and sales in certain jurisdictions (see map showing “dry counties”). Wyoming requires a separate room for the storage, preparation and dispensing of alcoholic beverages in restaurants. Several states limit or prohibit the sale of alcohol on Sundays. Pennsylvania, Delaware and Rhode Island prohibit the sale of alcohol in grocery stores. 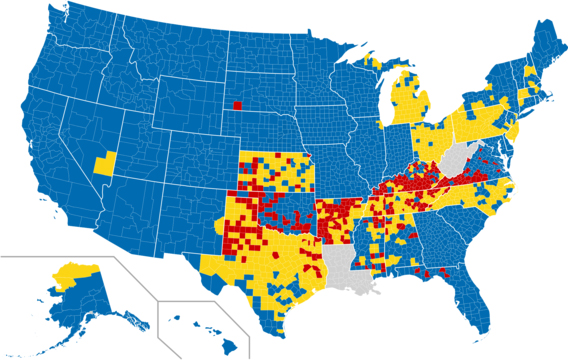 A recent study[11] also shows that states with greater control over alcohol have significantly lower rates of youth drinking and binge drinking, as well as lower rates of alcohol-impaired drinking deaths.

Ultimately, any individual or group attempting to loosen or relax Utah’s existing alcohol laws should provide clear evidence that doing so will not increase these negative societal costs or result in the same alcohol-consumption related costs and problems as other states.

The Church acknowledges alcohol’s socially accepted place in society. While it teaches its members to abstain from alcohol, the Church’s public policy is consistent with Title 32B-1-103 of the Utah Code[12]that requires the state to “reasonably satisfy the public demand and protect the public interest, including the rights of citizens who do not wish to be involved with alcoholic products.” The law also requires the state to “promote the reduction of the harmful effects of: (i) excess consumption of alcoholic products by adults; and (ii) consumption of alcoholic products by minors.”

Utah’s alcohol laws help to create a culture that allows for the use of alcohol while respecting its potential, seen in every society, to inflict high costs on individuals, families and communities. That is why the Church strongly discourages changing any laws and policies that would make restaurants more like bars, including the Utah law that requires alcoholic beverages to be prepared out of sight of restaurant patrons. That law sends a clear reminder that the destructive potential of alcohol should be respected.

Where the Church Stands on Alcohol Legislation

In broad terms, Utah’s alcohol laws and regulations are based on well-reasoned and sound public policy considerations adopted by Utah’s legislature, not on the Church’s religious doctrine regarding the use of alcohol.  Utah’s policies regarding alcohol control have served the state well and should be retained.  The Church is opposed to any legislation that will weaken Utah’s alcohol laws and regulations, including (1) privatization of the alcoholic beverage control system; (2) increases in alcohol license quotas; (3) permitting sales of heavy beer, wine and distilled spirits in grocery and convenience stores or allowing direct distribution of these products outside the state control system; and (4) any other proposals that would promote increased sales or consumption of alcoholic products in Utah.

News stories on the issue of alcohol control and regulation often focus only on the issues some Utah restaurant, club and hotel owners face in dealing with Utah alcohol laws. While their concerns as citizens should be heard, the evidence of Utah’s better than national average metrics in matters of public safety and lower costs to society for individuals, families and society as a whole greatly outweighs those concerns. News media, particularly Utah-based media, need to think more broadly when telling these stories. Explaining the uniqueness of Utah’s laws without acknowledging that each state has its own unique set of alcohol laws and regulations and without examining data establishing the significant societal benefits resulting from Utah’s well-reasoned and longstanding public alcohol control policies creates inaccurate public perceptions and makes for uninformed public debate.

[10] Racking Up the Costs: Analysis of the Economic Burden of Alcohol and Substance Abuse for the State of Utah, 2010 (Cameron Lister, et. al, Department of Health Science, Brigham Young University, Provo, UT).