LDS Fiction: END’S BEGINNING, First in a New Series on the Last Days 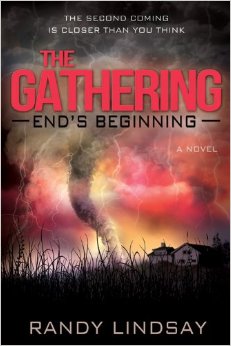 Randy Lindsay has written a new series concerning the last days before the Savior ushers in the millennium. It’s a genre combination of suspense, last days speculation, and scripturally based general family fiction. The first volume, End’s Beginning: The Gathering, begins with a young missionary, Robert Williams, receiving an early release from his mission which leaves him feeling like he somehow failed until he arrives home and finds the massive unemployment, food shortages, political intrigue, and intense suspicion and hatred of Mormons that have taken over his hometown and all of America during the year and a half he’s been away. One aspect of the story continues with Robert’s struggle to find employment, his relationship with his lifelong friend who has drifted away from the Church, and the beginning of a relationship with a young woman whom he is strongly attracted to, but who isn’t a member of the Church.

Another aspect of the story takes the viewpoint of the country’s attorney general, Calvin McCord, who is trying to head off World War III, and is at complete odds with the US president, a man more concerned with his political image than with the country’s security. This part of the story is eerily similar to today’s contentious political parrying carried to a bit more extreme.

Two more point of view characters are Robert’s parents, John and Becky. John is given a six month calling to lead a group of twenty-four brothers in establishing a farm or compound that presumably will be used as a sanctuary or gathering place for church members. His group is harassed and threatened by the closest small town people who see the construction of the compound as a threat to them and they compare it to Waco and to the FLDS compound built by Warren Jeff’s group.

Becky struggles to keep her family safe and together. She is attacked and her groceries stolen. Another time her food storage is threatened. Her younger children have to flee a riot at their public school. She undertakes a project to share food resources in a safe way with those who have no storage, members or not.

The story brings a national crisis down to our present day shortcomings and emotional reactions. It asks pertinent questions about sharing and sympathizing, takes a look the pressures that threaten faith, introduces the moral dilemma of can or should we feed and shelter those who have been unkind to us, and explores the author’s views on how quickly and easily we are sliding into the turmoil prophesied to begin the last days.

Though The Gathering has its share of first novel shortcomings such as too many and too abrupt transitions between point of view characters and scenes, the author holds the reader’s attention well and didn’t leave me struggling to guess who the characters are and which segment of the story they fit into. Since this is the start of a series, when looked at as a whole, four points of view and story lines that seem unconnected and fail to merge will presumably catch up with each other later in the overall storyline.

Readers may not agree with all of the author’s political views nor with all of his interpretations of last days prophecies, but there is something exciting about reading or listening to various speculations concerning what is to come and Lindsay shows great promise as a writer who researches thoroughly and understands the elements of storytelling. This series shows great promise as one to follow.

Randy Lindsay is an Arizona native. He and his wife live in Mesa and are the parents of nine children. He loves science fiction and fantasy and has published several articles or stories in magazines that cater to this genre. This is his first venture into reality speculative fiction.