The Nuanced Character(s) of Downton Abbey 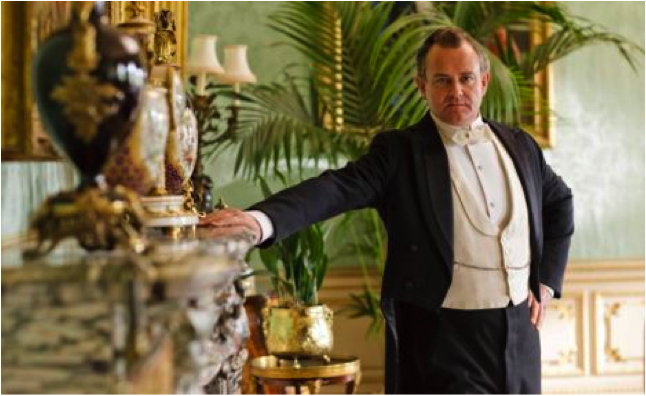 What is it about Downton Abbey that attracted 10.2 million television viewers for the season four premiere?

Is it the acting? Is it the costuming? Is it a longing for an earlier era? Is it the intrigue of intermingling upstairs-downstairs storylines?

For me, it’s the nuanced characters. Not just the roles being played, but the interesting way values are translated into behaviors that produce a range of results, including a fair share of unintended consequences. You might call it the character inside the characters.

In the unlikely chance this TV drama has not crossed your radar, here’s the bare bones gist: an aristocratic English family lives in an opulent castle and is waited on hand and foot by a small army of servants. Series creator Jullian Fellowes says the format works because it’s a workplace drama, sort of like police and hospital shows that feature a confluence of people from different backgrounds.

Although I watch Downton because I enjoy it on many levels, I confess to viewing the characters through my coaching and consulting lens. Admittedly, I see the world through my 2014 American Midwestern perspective. But if I had a chance to step across time to coach the Downton characters, here’s what I might offer:

Robert, The Earl of Grantham: Lighten up, Bob. You have a really good thing going for you. Your wife thinks you’re terrific, though a bit stuffy and old fashioned. You can dress up in your old Army uniform any time you want to, and of course your personal valet will keep you square on which formal attire to wear at dinner. (Some day I’ll tell you about the comfort of a simple sweater and a pair of jeans.) Not to mention a great house, plus a loyal staff and no worries about ObamaCare. As for trying to “protect” daughter Mary while she grieves for her late husband, take an honest look at your motives. Are you really trying to spare Mary the burden of helping run the estate, or is this about turf protection? Give her a chance. She’s bright. She asks smart questions. She challenges the status quo. (Oh, that’s right. I forgot. You’re rather fond of the status quo.) Give her a chance anyway. And keep your relationships with the maids on strictly a professional basis. Anything less could ruin your marriage, and you would deserve it. 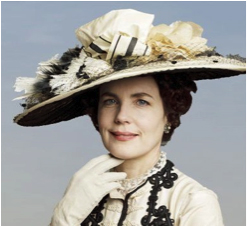 Cora, The Countess of Grantham: Major props to you for loyalty. To your husband, to your daughters, to your sons-in-law, to your grandchildren, to your mother-in-law, and even to your American mother who is as annoying as fingernails on a chalkboard. Stay alert. Your husband’s holier-than-thou attitude can be stifling, and you may be the only one who can lighten him up. And the way you canned that cruel and bigoted nanny? Bravo and high fives all around! You saw the behavior for exactly what it was and you acted decisively and immediately. 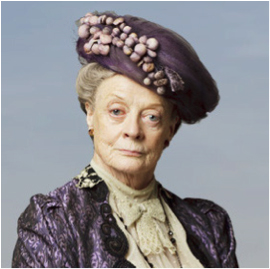 Violet, The Dowager Countess of Grantham: Ma’am, I gotta hand it to you. You somehow manage to distill a whole kettle of wisdom into a bouillon cube. Your zingers are both legion and legend. This week’s line to Robert (when he was trying to rationalize his attempts to squeeze Mary out of her rightful “management” role at Downton) was so typical – “When you talk like that I’m tempted to ring for Nanny and have you put to bed with no supper.” You clearly have strong leanings toward kindness and generosity. Don’t hide your light under a bushel. 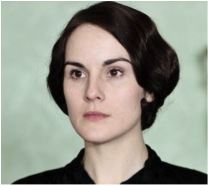 Lady Mary Crawley: Times are very tough for you right now. You’ve lost your husband Matthew. To make it doubly hard, he died only moments after seeing your newborn child for the first (and only) time. Grief can be a harsh combination of anguish and fear. But you’re needed by your son and the rest of your family. Step up to the challenge. Hold your head high. Be a creator of your future, not a victim of it. Accept your rightful role as co-owner of Downton. You’re a levelheaded woman whose insights (and even your uninformed questions) can be a blessing not only to your family but to the farmers and others who depend on Downton for their livelihood. Get a life. Make a life.

Lady Edith Crawley: Oh, Edith, Edith, Edith. It’s important to love and to be loved. It’s also important not to allow that natural desire to dumb you down. Granted, you’ve had a few jolts. Being left at the altar (literally) must have been particularly humiliating. But in falling for the wiles of an immoral married man you’re headed for unimaginable heartache. The irony here is that you regard yourself as a modern (“free”) woman while at the same time allowing yourself to be misused by a selfish man. Go have a heart to heart with your grandmother (The Dowager Countess). She’ll hear you out. Then she’ll give you some unvarnished counsel that could save your life. (I wish I believed you’d actually do that. Unfortunately, you’ve demonstrated a penchant toward self- destruction.)

Isobel Crawley (Matthew’s mother): Cynics might call you a busy body. I think you’re a very kind soul who genuinely wants to help others, whether they’ve fallen into prostitution or into debtors’ prison. I admire your polite deference to the customs and protocols of aristocracy, even though such contrivances are so foreign to your own values. You are a genuine lady who tries to do the right thing for the right reasons. More power to you.

Tom Branson: Your most important purpose in life is the welfare of your little girl. Cherish her, and give her the focused Daddy time she needs and deserves. Meanwhile, step up to the opportunities you have to help revitalize the Downton estate. Respectfully challenge Robert on the strategies and tactics of running the family enterprise. Don’t just be a naysayer. Offer specific ideas. Listen carefully to people at every level of the social strata. When they realize you’re listening to learn rather than to rebut, they’ll give you a valuable ear full. And work with Mary. You can be her trusted mentor. Just be careful not to pit her against her father. Family feuds are deadly. 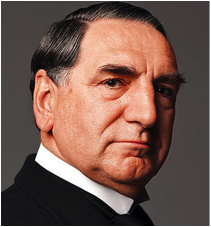 Mr. Carson: Don’t even try to fool us. We know you have a soft heart. Well, at least we know you have a heart. That’s a good start. You’re a good manager and you somehow stay fairly alert to the nuances of staff morale. You’re also pretty good at letting people do their own jobs. Chain of command is clearly part of your behavioral DNA. Two things could use your focus. First, there’s Thomas. He’s a conniving scoundrel whose very presence is toxic to the environment. Keep an eye on him. Second, there’s Mrs. Hughes. Are you blind, man? She’s a graceful lady of great character. At the very least you should invite her to the sweet shoppe. 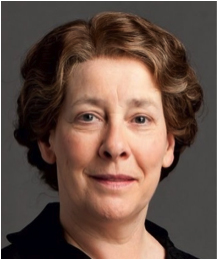 Mrs. Hughes: You enjoy the confidence of people both upstairs and downstairs. Don’t mess it up. Just continue being true to yourself. Expect (and demand) the best of your staff, and you’ll likely get it.

Correct where necessary, but always with encouragement. And if Mr. Carson happens to invite you out to the sweet shoppe, by all means go. Mr. and Mrs. Bates have already demonstrated that it’s possible to be married and successfully employed in the same place. If any two people are mature and sensible enough to pull it off, it’s you and Mr. Carson.

Daisy:  Listen to Mrs. Patmore. She’s good-hearted and honest. And keep your fingers away from that new-fangled electric mixer.

Thomas Barrow: What goes around comes around. Trust me on that.

Rodger Dean Duncan, a former bishop and stake president, is the bestselling author of CHANGE-friendly LEADERSHIP: How to Transform Good Intentions into Great Performance. Follow him on Twitter @DoctorDuncan

(Note: This piece by Dr. Duncan was first published by Forbes magazine where he is a columnist)

WHERE IS MY BELOVED ANNA AND MR BATES?

My husband and I LOVE this program. I especially enjoy the family interaction and Maggie Smith is such a joy to watch. Thanks for an interesting take on the characters. I think you are right on!