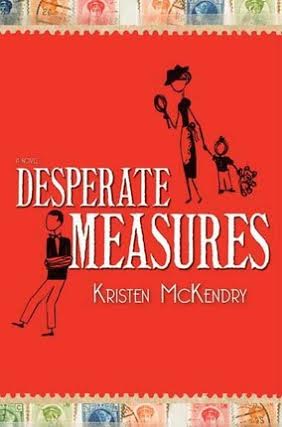 Annie is busy doing all the things busy Mormon moms do getting six of her eight children ready for school to begin and her oldest to stop playing video games and find a job to help him pay for his mission in a few months. She invites Angus to dinner, but he doesn’t show up which is very unlike Angus. The first day of school arrives and Angus isn’t there. Something is definitely wrong. Then comes a strange telephone call with so much static only a few phrases are audible from Angus, and Annie knows he’s in trouble. She voices her concern to Newton, who shares her suspicion that their friend has been kidnapped for some unknown reason. Their next step is to search his house where they discover it has been ransacked, food left in the microwave, and Angus’s car in the driveway. Newton also discovers a mysterious note that reads a bit like a list of scavenger hunt clues. They alert the police to Angus’s disappearance then set out to follow the clues themselves.

The children, ranging in age from three to nineteen all get involved. Between loads of laundry and preparing her Relief Society lesson, Annie makes phone calls, scours the Internet, and finally loads the whole family into the van to follow the clues, which are quite clever. After their home is broken into and three-year-old Andrew proves to be the most reliable witness to the perpetrator, the family adopts a buddy system to protect each other. Knowing their friend might no longer be alive, Annie and Newton realize they and their children might be in grave danger so they step up their efforts to resolve the mystery around Angus’s disappearance.

The characters in this story are fun and at times almost too painfully realistic. Annie and Newton are that mixture of pragmatism and naivety that often cause we members of the Church to laugh at ourselves. Their dialog reveals a mixture of excellent education and abbreviated practicality. In other words the reader will recognize members of their own wards or perhaps themselves in this family.

Canadian readers are likely to pick up some of the clues faster than other readers since some of them hinge on Canadian geography and legends. The Canadian countryside, school system, law enforcement, and historical highlights give depth and color to the story as well. The plot begins at a moderate, but humorous pace and gradually builds to an exciting conclusion.

McKendry writes with a kind of dry humor that draws the reader in from the first page. She makes it easy to visualize a large family interacting with both their home chores and the business of tracking down clues without getting confused by the large cast of characters. She tosses off one-liners at the most appropriate times. I recommend this book for every harried parent and anyone else who enjoys mysteries and a good laugh.

Though a native of Utah, Kristen Garner McKendry now lives with her family in Canada. She received a degree in linguistics from Brigham Young University and has been published in both Canada and the US. She loves to read, play the bagpipes, and is involved in environmental issues.