Science and the Book of Genesis: Part 3 « Meridian Magazine

Science and the Book of Genesis: Part 3

Editor’s Note: This is the third installment of an extended version of a presentation given at the 2013 Interpreter Symposium on Science and Mormonism: Cosmos, Earth, and Man at the Utah Valley Convention Center, Provo, Utah. In case you missed the first two installments, click here for part 1 and here for part 2.

Jeff and David Larsen have just completed a detailed scriptural commentary on the stories of Enoch, Noah, and the Tower of Babel. See www.templethemes.net for more details.

Lesson Three: It Is Profitable to Read These Chapters “Literally,” Though Not in the Way People Usually Think About the Word 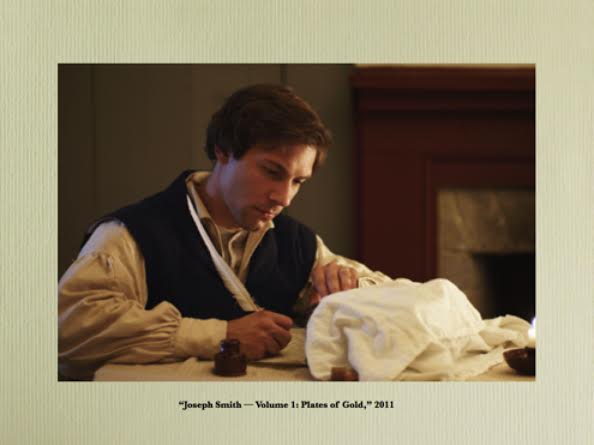 The Prophet Joseph Smith held the view that scripture should be “understood precisely as it reads.”[1] It must be realized, however, that what premoderns understood to be “literal” interpretations of scripture are not the same as what most people understand them to be in our day. Whereas modernists[2] typically apply the term “literal” to accounts that provide clinical accuracy in the journalistic dimensions of who, what, when, and where, premoderns were more apt to understand “literal” in the sense of “what the letters, i.e., the words say.” These are two very different modes of interpretation. As James Faulconer observed: “What x says’ [i.e., the premodern idea of “literal”] and what x describes accurately‘ [i.e., the modernist idea of “literal”] do not mean the same, even if the first is a description.”[3]

Consider, for example, Joseph Smith’s description of the Book of Mormon translation process. An emphasis consistent with modernist interests appears in the detailed descriptions given by some of the Prophet’s contemporaries of the size and appearance of the instruments used and the procedure by which the words of the ancient text were made known to him. These kinds of accounts appeal to us as modernists – the more physical details the better – because we want to know what “actually happened” as he translated. Note, however, that Joseph Smith declined to relate such specifics himself even in response to direct questioning in private company from believing friends.[4] The only explicit statement he made about the translation process is his testimony that it occurred “by the gift and power of God,”[5] a description that avoids reinforcing the misleading impression that we can come to an understanding of “what really happened” through “objective” accounts of external observers.

Of course, there is no reason to throw doubt on the idea that the translation process relied on instruments and procedures such as those described by Joseph Smith’s contemporaries. However, by restricting his description to the statement that the translation occurred “by the gift and power of God,” the Prophet disclaimed the futile effort to make these sacred events intelligible to the modernist literalist. Instead he pointed our attention to what mattered most: that the translation was accomplished by divine means.[6] 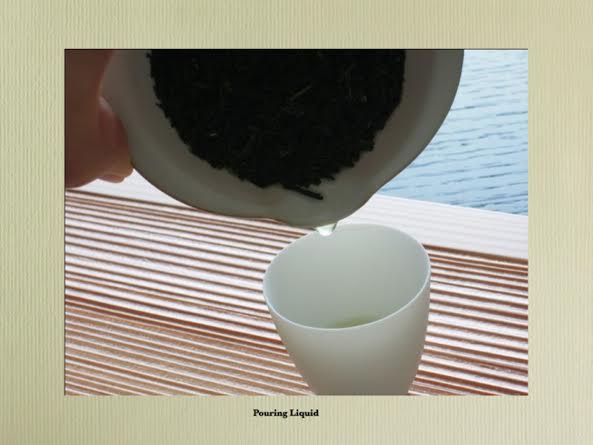 Faulconer argues that insistence on a “literal” interpretation of such sacred events, in the contemporary clinical sense of the term, may result in “rob[bing that event] of its status as a way of understanding the world.”[7] Elaborating more fully on the limitations of modernist descriptions of scriptural events, he observes that the interest of premoderns:[8]

… was not in deciding what the scriptures portray , but in what they say. They do not take the scriptures to be picturing something for us, but to be telling us the truth of the world, of its things, its events, and its people, a truth that cannot be told apart from its situation in a divine, symbolic ordering.[9]

Of course, that is not to deny that the scriptures tell about events that actually happened… However, premodern interpreters do not think it sufficient (or possible) to portray the real events of real history without letting us see them in the light of that which gives them their significance – their reality, the enactment of which they are a part – as history, namely the symbolic order that they incarnate. Without that light, portrayals cannot be accurate. A bare description of the physical movements of certain persons at a certain time is not history (assuming that such bare descriptions are even possible).

“Person A raised his left hand, turning it clockwise so that .03 milliliters of a liquid poured from a vial in that hand into a receptacle situated midway between A and B” does not mean the same as “Henry poured poison in to Richard’s cup.” Only the latter could be a historical claim (and even the former is no bare description). 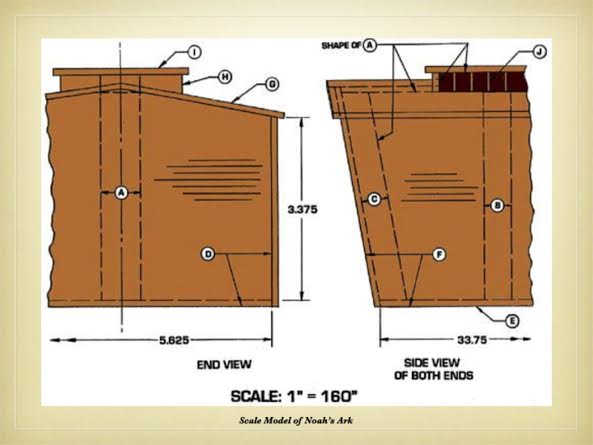 Of course, none of this should be taken as implying that precise times, locations, and dimensions are unimportant to the stories of scripture. Indeed, details given in Genesis about, for example, the size of the Ark, the place where it landed, and the date of its debarkation are crucial to its interpretation. However, when such details are present, we can usually be sure that they are not meant merely to add a touch of realism to the account, but rather to help the reader make mental associations with scriptural stories and religious concepts found elsewhere in the Bible – in the case of Noah, for example, these associations might echo the story of Creation or might anticipate the Tabernacle of Moses. It is precisely such backward and forward reverberations of related themes in disparate passages of scripture, rather than a photorealistic rendering of the Flood, that will provide the understanding of these stories that we seek. Though we can no more reconstruct the story of Noah from the geology of flood remains than we can re-create the discourse of Abinadi from the ruins of Mesoamerican buildings, we are fortunate to have a scriptural record that can be “understood precisely as it reads.”[10]

Daniel, Steven. “Paramodern strategies of philosophical historiography.” Epoch: A Journal for the HIstory of Philosophy 1, no. 1 (1993): 41-63.

[1] J. Smith, Jr., Words, 29 January 1843, p. 161. By this, I do not think that the Prophet meant that a given passage of scripture can be understood in isolation, apart from the context in which it stands. Rather, for example, when he interpreted a parable, his “key” to “ascertain its meaning” was to “dig up the root,” i.e., to “enquire [as to] the question which drew out the answer” (J. Smith, Jr., Teachings, January 1843, pp. 276-277). He was democratic in his desire to have the scriptures unfolded to all, decrying those who supposed that their plain truths were “mystery… and, therefore, are not to be understood.” He declared that all the Saints could come to an understanding of such things “if [they] will but open [their] eyes, and read with candor” (ibid., December 1835, p. 96).

[2] We use the term “modernists” rather than “moderns” to describe those who hold this view of interpretation in order to make it clear that this is not the only contemporary point of view possible. For example, many who would describe their perspective as “postmodern” are critical of the modernist view.

[2]A thumbnail characterization of the modernism controversy is given by Faulconer (J. E. Faulconer, Study, pp. 131-132):

[2]One writer has described modernism’s assumption this way: “A constellation of positions (e.g., a rational demand for unity, certainty, universality, and ultimacy) and beliefs (e.g., the belief that words, ideas, and things are distinct entities; the belief that the world represents a fixed object of analysis separated from forms of human discourse and cognitive representation; the belief that culture is subsequent to nature and that society is subsequent to the individual)” (S. Daniel, Paramodern Strategies, pp. 42-43). There is far too little room here to discuss the point extensively, but suffice it to say that, first, few, if any, of these assumptions have remained standing in the twentieth century, and second, the failure of these assumptions does not necessarily imply the failure of their claims to truth or knowledge, as is often argued, sometimes by adherents to the current attack on modernism and sometimes by critics of that attack. For an excellent discussion of postmodernism and its relation to religion, see J. Caputo, Good News.

[4] In response to a request in 1831 by his brother Hyrum to explain the translation process more fully, Joseph Smith said that “it was not intended to tell the world all the particulars of the coming forth of the Book of Mormon; and … it was not expedient for him to relate these things” (J. Smith, Jr., Documentary History, 25-26 October 1831, 1:220). For more on the Prophet’s reluctance to share details of sacred events, see R. O. Barney, Joseph Smith’s Visions; R. Nicholson, Cowdery Conundrum.

[6] Brant Gardner wisely summarizes (B. A. Gardner, Gift and Power, p. 321): “The Book of Mormon was translated by a very human Joseph Smith. Nevertheless, he was a human being inspired to extrahuman ability through divine providence. Joseph declined to say more about the translation of the Book of Mormon than to declare that it was accomplished through the gift and power of God.’ No matter how closely we examine the process, no matter how well we might understand the human aspect, Joseph’s description really remains the best.”

These conversations are always interesting. Hopefully this did/will not turn out to be a further move toward secularism. I say that because I watched a movie very recently that explained scientifically how the six-days as reported by God were due to frequency reduction in the speed of energy/light.I believe that three significant conditions must be met for any explanation to be worth considering: 1) Adam and Eve were morally accountable to God and not subject to death, (i.e, they were not a product of evolution), 2) the creation of earth happened somewhere where there could be a cocoon of water over an atmosphere, over a ball of earth and sea (v 6 and Day 2), and 3) the scientific fact that the atmosphere of the earth is around 14,000 years old.Now, some other really interesting results could come of such an explanation. For example, "God separated the Light Matter from the Dark Matter. Another example would be "God took a [angular organ in Hebrew] [rib of DNA] from Adam to create Eve.Going back to the second day, imagine what the plants and animals would look like in a world where a layer of water protected them from radiation and held the heat (including that from the cooling of the earth). Plants would be huge. Animals eating them would be huge.

What Will Convince You to Start Trusting God?

VIDEO: Yahosh Bonner joined by Currently Serving Missionary in Beautiful Duet of “I Can Only Imagine” 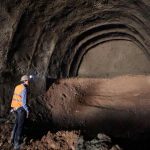 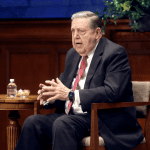