Fiction at its Best | Meridian Magazine

Fiction at its Best

The Newbery award winners for 2014 are announced in January and I have several outstanding candidates that could, or should, be on the short list for the award. All of the books below portray a talent of extraordinary writing that propels and immerses the reader completely into the story. They all teach and inform about history or relationships and are excellent read-out-loud books. All of the books below are geared for ages 9 through adult (except for “Brotherhood” which seems better suited for ages 12 and up). These outstanding books are of mixed genres that include historical fiction, realistic fiction, humor, mystery and fantasy. Enjoy! 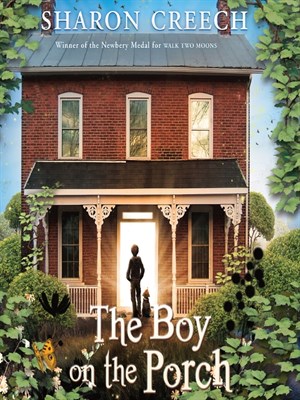 The Boy on the Porch, by Sharon Creech, is a beautifully and sparsely written story about a young mute boy who is found one day on the porch of a childless couple. He’s found with a note on him that says “Plees taik kair of Jacob”. That’s all they know about this small boy and so they do just that. They love and care for him knowing that at any time his parents could show up and take him back. As time goes on, and they begin to believe he may be able to stay, the unthinkable happens. How they deal with this crisis, and their own life, will bring a few tears. There are some strong lessons of courage and selflessness particularly with a shelf of shoes.

North to Nowhere, by Liz Kessler, is a gripping mystery with time-travel intertwined throughout the story. Thirteen-year-old Mia has to leave her friends and travel with her mother to a tiny fishing village where her grandparents live. Her grandfather has suddenly disappeared and they’ve gone to help her grandmother. But what Mia finds is much more than she ever expected. She meets Peter who is also visiting this tiny town and she also discovers a secret diary tucked away in an abandoned fishing boat. Finding that journal begins her time-travel adventures where she travels fifty years back in time. There are many threads that begin to weave together including meeting Peter. This is a wonderfully written story that emphasizes friendship, family and grandparents. It will whisk you away from beginning to end. 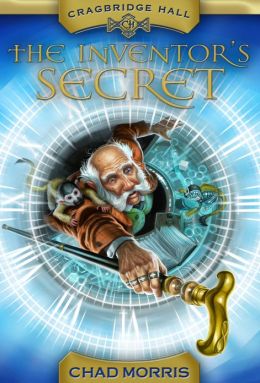 The Inventor’s Secret, by Chad Morris, is an exciting adventure that becomes a mystery when twins, Abby and Derick, find that their inventor grandfather and parents have gone missing. The year is 2074 and their grandfather has invented an amazing device that allows the students at Cragbridge Hall to actually relive history, partake in actual activities far beyond the confines of the school and actually become animals through an avatar device.   The problem is they don’t know whom they can trust as they begin their search. The history that these twins experience becomes real throughout the story making it all come to life for the reader.

Brotherhood, by Anne Westrick, is a powerful historical fiction that is based on the time right after the conclusion of the Civil War. The story portrays how, even though the war has ended, the strong feelings and conflict continues for many. The streets of Richmond, Virginia are being patrolled by Yankees and both black and white citizens are trying to deal with their roles toward each other. Fourteen-year-old Shad apprentices as a tailor during the day but also sneaks away to learn how to read along with Rachel, a freed slave. The story becomes complicated with how Shad should feel, and does feel, toward the freed slaves as he attempts to follow his older brother to KKK meetings. This conflict reflects the tremendous unrest both socially and politically. Because of the subject matter, this book is better suited for ages 12 and older. 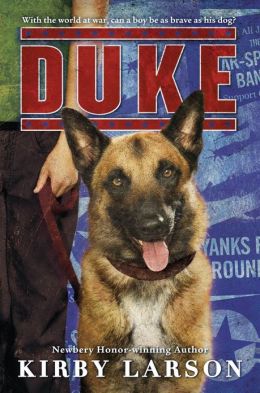 Duke, by Kirby Larson, is a tremendous historical fiction that teaches bravery, selflessness and overcoming difficult trials in life. Fifth-grader Hobie sees his father leave to help fight in World War II in Europe. He decides to help with the war effort by collecting rubber and buying war bonds. But when he decides to loan his precious German Sheppard pet, Duke, to the Army he soon believes he’s made a mistake and wants his dog back. Then his father is taken prisoner by the Germans and Hobie knows Duke is needed by America and needs to release his desire to have him back. Will he ever see his father again? Will he get his dog back? Both of these questions ring throughout the story as you learn much about the 1940’s and the U. S. war effort.

The Ugly One, by Leanne Statland Ellis, is an insightful, informative and vastly interesting look into the Inca Empire as twelve-year-old Micay is dealing with her sad life in her community. She has been scorned, ridiculed and taunted by young and old her whole life because of a “deep scar that ran like a river from my right eye down my cheek to my lip and lowered my mouth in a permanent half frown“. Her life changes when a stranger comes to the village and gives her a baby macaw. This beautiful bird plants himself on her shoulder, thus concealing the scar on her lower face. He guides her to the Paqo, who is the village healer. She becomes an apprentice and this leads her to the Sacred Sun City, Machu Picchu and her purpose in life becomes evident. The story weaves together Quechua vocabulary (found in the back of the book) as well as Incan folklore. But what truly makes this book magnificent is the power of self worth and the true meaning of beauty. 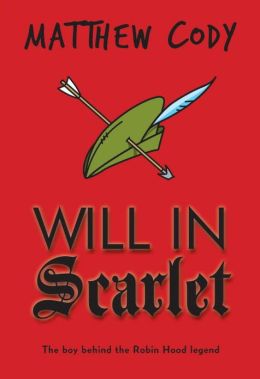 Will in Scarlet, by Matthew Cody, is a thrilling adventure that takes on a new spin to the classic stories about Robin Hood. The year is 1192 and thirteen-year-old Will is trying to prove to his father, the lord of a large manor and property, that he can take over when it’s appropriate. His father is away helping fight in the Crusades and now the manor is being threatened by an evil representative of the court. Will escapes to Sherwood Forest where he meets up with a band of thieves. Much is part of the group but the story becomes more complicated, funny and exciting because Much is in disguise as a boy in order to survive in these circumstances. As Will seeks revenge, he becomes more engrossed in helping the poor and taking from the rich. The chapters alternate between Will and Much seamlessly as you read about honor, loss, injustice and medieval life.