Why They Malign Orson Scott Card 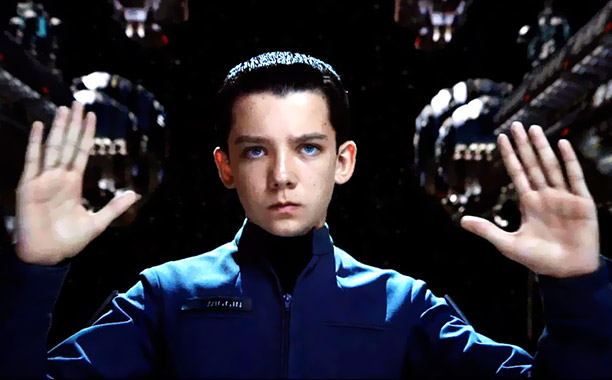 Orson Scott Card is at the top of his game. ‘Ender’s Game’, the $100 million motion picture adaptation of his classic, award-winning book, opens this week–a project he has been working on since 1996. You’d think it would be the moment to sit back and enjoy a well-deserved sense of achievement, but not so.

Instead it has been an opportunity for much of the press to malign him and for many, instigated by a group called Geeks Out, to push a boycott of the film. The critics, like a herd, have descended upon Card calling him a host of names.

John J. Miller said, “Many left-of-center pundits dismiss Card as a social pariah – a gay-bashing bigot and possibly even a racist – simply because he is a Mormon who has had the gall to oppose same-sex marriage. ‘Card’s views are ugly,’ complained Alexandra Petri in the Washington Post in a column that calls to boycott the movie on account of the author of the novel it’s based on. Petri came down on the side of seeing the film – see it despite the ‘visible intolerance’ of Card, she said – but others are less certain. Many are doing their best to creep out moviegoers: David Weigel of Slate even compared Card to George Lincoln Rockwell, the founder of the American Nazi party. “It’s as if Ender’s Game were the new Triumph of the Will.”

The boycotters hoped to sink the film to punish Card, saying, “we can send a clear and serious message to Card and those that do business with his brand of anti-gay activism–whatever he’s selling, we’re not buying…The queer geek community will not subsidize his fear-mongering and religious bullying.”

Though they don’t have a chance of sinking the film, they certainly played a role in film giant Lionsgate taking a step back from the author as if he emitted a mild stink. Lionsgate issued a statement making sure it was not associated in any way with Card’s views saying while it does not “agree with the personal views of Orson Scott Card,” his opinions are “completely irrelevant to a discussion of ‘Ender’s Game.'”

The message, of course, is that because he supports traditional marriage Card is obviously controversial and worthy of marginalization, as if support of traditional marriage rendered him an odd misanthrope, a disgusting homophobe. They are saying we love the story, but hate the author–as if the story were not a product of the author’s sensibilities. Give us your gifts, his fans cry out, but we will make you pay for your views.

Harrison Ford, who stars in the film also added to the chorus. “It’s well known Orson Scott Card and I have different views on the issue of gay marriage and gay rights. It’s been a real dilemma for me…Should I not have made the film because of his views?” Ford asked, “I wrestled with that.”

Lionsgate pushed ‘Ender’s Game” at the Comic-con conventions in both San Diego and Salt Lake City this summer. Their program had a gaping absence. Orson Scott Card was not asked to participate. Nor has his name shown up in any prominence in the official movie trailer, which says that the film is being made based on an “international best-seller”, but omits the author’s name. That’s a little like leaving Jane Austen out of a trailer on ‘Pride and Prejudice.’

Card got similar treatment earlier this year when he was asked to write a story for an “Adventures of Superman” digital-first release. Immediately a petition was raised against Card. His critics said with his hateful attitude, Card could not possibly write a story about Superman, who is supposed to represent all-American values. Bigotry, they said, was not an all-American value.

The message is clear. If you oppose same-sex marriage you deserve to be name-called, blacklisted, stained and maligned. Your views will be distorted. You are free game for tomato-throwing. You will be described as hateful. You will be throttled and assaulted even by those who admire your work. Opposing same-sex marriage is an indelible stain on your character. Your career will be stymied or you may be fired from your job. Once you have expressed opposition to same-sex marriage, you are forever vulnerable from assault by those who, in theory, give lip service to tolerance.

What is particularly disturbing is since many who oppose same-sex marriage do it based on their religious views, this becomes another assault specifically on biblically-based religion. It is a direct blow against publicly expressing a point of view that is motivated by religious conscience.

Orson Scott Card is not the only one abused for his views. On Aug. 30, Craig James, a former NFL running back and sports caster for ESPN and CBS was hired by Fox Sports Southwest, then fired only a few days later when his views on same-sex marriage surfaced. These were made during his failed Senate campaign last year in Texas.

“I was shocked that my personal religious beliefs were not only the reason for Fox Sports firing me, but I was completely floored when I read stories quoting Fox Sports representatives essentially saying that people of faith are banned from working at Fox Sports,” Mr. James told Breitbart News. “That is not right and surely someone made a terrible mistake.”

Many have also experienced this. Scott Eckern was forced to resign as the artistic director of the California Musical Theater when it became known that he contributed $1,000 to support Proposition 8, which amended the California constitution to recognize only male-female marriages.

Olympic gold-medalist Peter Vidmar who was named chef de mission for the 2012 U.S. Olympic team abruptly resigned after a firestorm of negative attention erupted due to his 2008 actions against gay marriage. He had donated $2,000 to the Proposition 8 ballot initiative and had made this utterly, outrageous and hateful statement, “It’s good for our society to have a traditional definition of marriage.”

How many times such scenarios have been repeated is anyone’s guess. Such stories are surfacing everywhere, many of them much less visible than Orson Scott Card’s case. I know, for instance, of a noted professor who has written against same-sex marriage, who advised her student, “Don’t list me as a reference or you’ll never get a job.”

The noose is tightening. Religious freedom is contracted gradually not just by legal trampling, but also by a secular society which loudly labels certain views simultaneously religious and hateful. 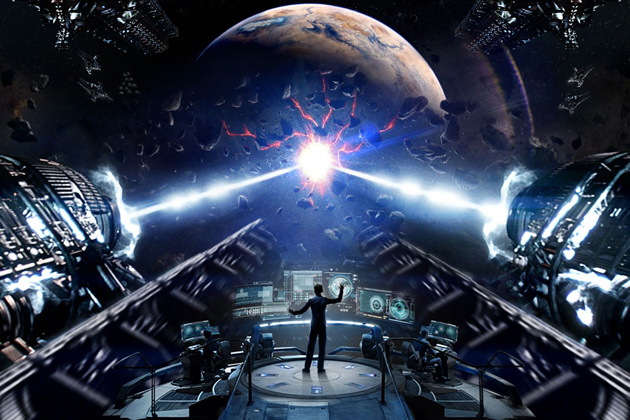 Ironically, it was Card himself who years ago described what we are seeing and he is living it:

“Anyone who opposes [same-sex marriage] will be branded a bigot; any schoolchild who questions the legitimacy of homosexual marriage will be expelled for “hate speech.

”  The fanatical Left will insist that anyone who upholds the fundamental meaning that marriage has always had, everywhere, until this generation, is a ‘homophobe’ and therefore mentally ill.

Which is the modern Jacobin equivalent of crying, ‘Off with their heads!’ (Feb. 2004)

Four years later (2008), he repeated the warning:
“Do not suppose for a moment that the ‘gay marriage’ diktats will not be supported by methods just as undemocratic, unconstitutional and intolerant.

“Already in several states, there are textbooks for children in the earliest grades that show ‘gay marriages’ as normal. How long do you think it will be before such textbooks become mandatory – and parents have no way to opt out of having their children taught from them?

“And if you choose to home-school your children so they are not propagandized with the ‘normality’ of ‘gay marriage,’ you will find more states trying to do as California is doing – making it illegal to take your children out of the propaganda mill that our schools are rapidly becoming.

“How dangerous is this, politically? Please remember that for the mildest of comments critical of the political agenda of homosexual activists, I have been called a ‘homophobe’ for years.

“This is a term that was invented to describe people with a pathological fear of homosexuals – the kind of people who engage in acts of violence against gays. But the term was immediately extended to apply to anyone who opposed the homosexual activist agenda in any way.

“A term that has mental-health implications (homophobe) is now routinely applied to anyone who deviates from the politically correct line. How long before opposing gay marriage, or refusing to recognize it, gets you officially classified as ‘mentally ill’?”

If this makes you shiver, it should. Do not send to find out “for whom the bell tolls. It tolls for thee.” This is not about what has happened to Orson Scott Card, but what is happening to all of us. Even The New York Times, in discussing the boycott of ‘Ender’s Game’ asked, “If Mr. Card belongs in quarantine, who’s next?”

Shaming and isolating someone for a viewpoint that has always been considered mainstream should alarm everyone who values freedom, whether or not they share the view. It is akin to the old McCarthy era of blacklisting–and make no mistake, it is also another assault upon religious freedom,

If you are gagged and labeled for giving voice to a value that has always been mainstream–as traditional marriage has in all times and all places, then America may become an unfamiliar place for the religious. We may become strangers in a strange land.

Anon Anon: Card is not being maligned? I happened to catch some prime time network television where Card was being maligned by none other than Harrison Ford, numero uno star in Ender's Game.

This is a neat article. Science fiction is way to open peoples minds to new ideas. The article closes with a reference to the book "stranger from a strange land" concerning a fellow from Mars who was sort of a Christ/Buddha come to earth. "Time Enough for Love" has Mr. Long having (via time travel) an affair with his mom, cloning a couple twin girls from himself. In the case of Orson Scott Card we see the dialectic process at work shifting us ever further into the world of the future.