This article was written by Edward Watson 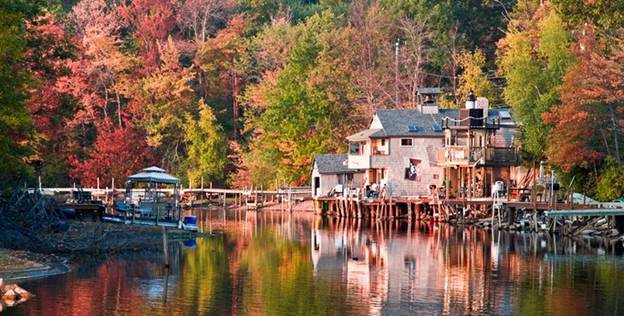 When I was 15, I began preparing for the Roman Catholic sacrament of confirmation.  This rite of passage is a staple in the life of active Catholic teens that marks the trail towards adulthood.  The ritual is performed by the anointing of oil on one’s head by a Bishop in the Church and is essentially a confirmation of the faith that was taught during one’s youth.  Unfortunately, I took the opportunity to prepare for this event more seriously than most of my fellow Catholic peers in Rhode Island and I soon came to the conclusion that I wasn’t sure if I felt ready or even desirous to personally and sincerely confirm the faith of my childhood, so I protested.

I simply didn’t believe in the religion that had been taught to me.  While it clearly meant a great deal to my Italian grandmother, no one else in my family practiced the faith, and it frankly did not give me the light I desired.  It wasn’t very long, though, before I realized that I would be forced to participate in the ritual regardless of any personal convictions (or rather lack thereof).  After overcoming the shattering of my youthful integrity, I nevertheless regarded the performance of that ritual as the day that I ended my identity as a Catholic, and began a journey in search of greater spiritual light.

My journey began with a spirit of agnosticism.  I wasn’t sure if God existed, or if there was any meaning to be found in religion.  But I knew that if there truly existed a God, I would want to know how to worship Him.  So I did my best to destroy any prejudices as I searched the Internet and bookstores for everything I could find about anything religious. This was a period of rebirth for me.  Religion was no longer boring to me.  It was  alive and diverse, and it wasn’t long before I realized that there was possibly something I loved about every spiritual tradition I encountered, including the Catholicism of my youth.  I cherished the Byzantine Chants of the Eastern Orthodox Church, and the sacred words of the Islamic prayers, salat.  I read the teachings of wise men as exotic as Baha’u’llah and as majestic as the Buddha.  I learned to love the seeking, but I struggled to find a place where I felt at home.  I found goodness or spiritual gold everywhere I looked, yet I was sure that the true treasure I sought had not yet been discovered.

I remember reading about the Mormons for the first time.  My only impression of them was that they were far more holy than I could ever be.  Too good to be true, I thought.  Yet I decided to approach this new religion with the same absence of bias that I had with every other religion.  And so when I stumbled upon an advertisement for the Church offering a free copy of the Book of Mormon, I jumped at the chance.  I think my two favorite words in the English language (especially when put together) are the words “free” and “book”, so to see a church offering such a thing felt like a gift from God.  Surely, though, I had no clue how strongly that description would later resonate with me. (I requested the book minus any visitors…spelled “missionaries.”)

Immediately from my first reading of the Book of Mormon, I knew that something was different about this book.  While everything I had previously read included many similar truths that I appreciated, the Book of Mormon read with a spirit of authority I found nowhere else.  I couldn’t put it down.  For the first time in my life, I felt like I was beginning to know Jesus Christ.  I had learned about Him all my life, and even more so during this period of study in my life.  I knew the stories about Him, and the claims made about His divinity and His sacrifice, but not until reading of the Savior’s appearance to the Nephites did I truly feel His love.  Suddenly my interest in religion moved from my mind to my heart.  As I wept and prayed I decided that I would finally commit myself to the light that I had found; after three years of searching I would finally bind myself to a spiritual home. I was 18 years old.

The following day I called the missionaries.  I retrieved their number from a voicemail left on my phone months earlier, and as the phone rang I wondered how foolish I was for not returning the call immediately after receiving it.  Elders Summers and Carter excitedly appeared at my home a couple days later, and taught their first lesson about Joseph Smith and the restoration of the gospel.   I don’t remember much about that day, but I do remember the testimony that Elder Summers left with me before leaving.  His words were genuine and deeply moving.  This wasn’t a religion that I could join because I liked what they taught.  This would be a religion that I also could know to be true.

The following several weeks flew by so fast I have only very few memories of what occurred during that time.  In fact the next clear memory that I can recall after that first meeting was of me, dressed in a white jumpsuit, waste deep in warm water.  I stood in the baptismal font at the small New England chapel I had been faithfully attending in Rhode Island for only three or four weeks.  Elder Summers stepped slowly into the font with me, grasped my wrist with one hand, and rose the other hand to the square, declaring “Edward Joseph Watson Jr., having been commissioned of Jesus Christ…”

Millions of thoughts raced through my mind: previous sins-I don’t know if I’m ready for this; my mom–she’s in the congregation but I’m not sure if she really approves; my future–I’m nervous I won’t have the strength to keep these covenants.  And then immersion.  It felt like an eternity had passed in a moment while I floated amidst the waters of baptism, and then ascended, my memories cleansed of any doubt.  When I was lifted out of that sacred moisture, my world was filled with light.  I could barely see the face of my baptizer-I was forced to squint.  When I walked to the changing room he asked if I was okay, and I smiled and said that I had never been better.  I had found my light.

Since that day I have faced trials and tribulations, some stumbling and a few doubts, but the light has never left me.   I served a mission from 2009 to 2011 in the California, San Francisco mission.

I am now attending school at Southern Virginia University.  The light of Christ has grown brighter within me, and has carried me from covenant to covenant, from intelligence to greater intelligence.

(PS: Yes, President, I am dating and not just hanging out!)

Thank you very much for sharing your testimony and conversion story. I am also a convert. I was a catholic as well. I joined the church at 22yrs of age, and it has now been almost 26 yrs...and I am still here. I hope that you (Edward Watson) will continue strong for a long time.