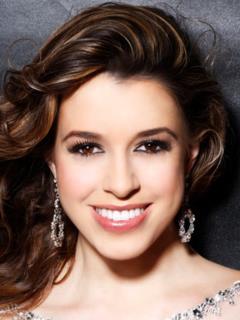 I remember the first time I ever went to a Mormon church.  I was 18 years-old and a senior in high school. Trust me when I say I had no desire to be a Mormon. My parents divorced when I was a baby and growing up my mom was a wonderful example of virtue, goodness, and working hard to reach your potential. She brought us kids to a local Baptist church, where I learned to love the Lord as a little girl. I am thankful for my upbringing and my mother’s powerful influence because I don’t know who I would be or where I would be without her. I had just been crowned Miss Teen Nevada, and my dream was to become Miss USA.

During my senior year of high school, a dear friend gave me a

Book of Mormon, which I read occasionally in my spare time. We went our separate ways for college, he went to BYU, and I moved to the DC area to attend school at George Mason University. When I left for college, I had a sincere desire to learn more about religion and its role in my life. I was determined to surround myself with good people who could uplift me and challenge me to be a better person. My first day in Virginia, I joined a student Christian organization called Campus Crusades for Christ. I also visited at least ten different Christian churches that first month  trying to find a new church and religion. 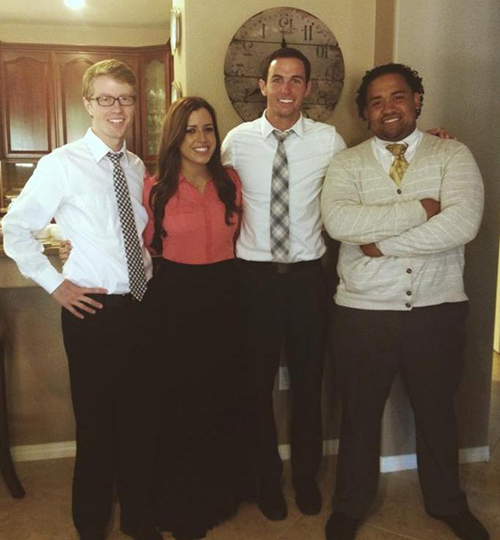 I finally narrowed it down to just two churches: one of them had well over a thousand people attending, much like my church growing up. I felt comfortable there since no one knew my name, which meant I had no obligations.  I could be as casual or committed as I pleased.   I also started taking Bible study classes several times a week with the leader of another local church. This leader told me that Campus Crusades was teaching me wrong doctrines, that the way I had been baptized was incorrect, and that my sins were far deeper than I could comprehend.  She promised me that if I was baptized into her church,  then I could watch all my sins and mistakes disappear. I sat in the pews of her church many times, but I’ve never felt lonelier or more removed from the Spirit. 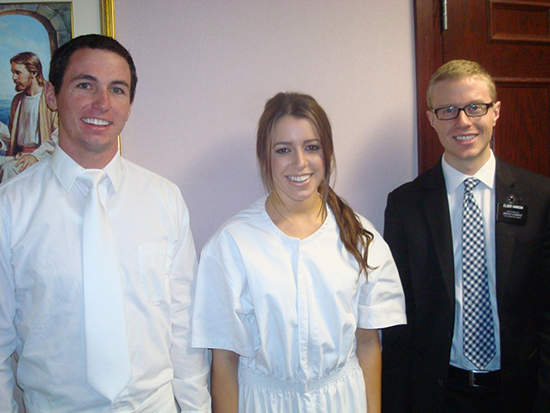 As winter break approached, I signed up to meet with the Mormon missionaries on Mormon.org. I did not tell anyone about my decision. Weeks went by without any contact from the missionaries, so I decided it just wasn’t meant to be. The next day the elders called and we agreed to meet for some lessons. Fortunately there was an LDS chapel right next to the University campus. On Sundays I would go to the Church of Christ, or another church, and then attend a local LDS family ward in the afternoon. The missionaries were always kind, the members friendly, but I was still confused. The missionaries challenged me to do certain things, like keeping the Sabbath Day holy, and promised me blessings in return.

One night the missionaries came and spent over an hour answering my many questions.  As I listened to their sincere answers, I felt the spirit witness to me that they spoke the truth. A few months passed by and I was loving life. I attended every fireside I could, every baptism, and did whatever the missionaries asked. I was happy. I was dedicating my Sundays to church attendance, and I was meeting amazing people. During those months while I was investigating the church, I didn’t tell my parents or nonmember friends. I didn’t want other people’s opinions, good or bad, to drown out what I wanted to feel in my life. When I finally told my family that I wanted to be baptized, it came as a big surprise to them. My family and I eventually agreed that I should wait a couple of years before being baptized so that I could make sure it was the right choice. 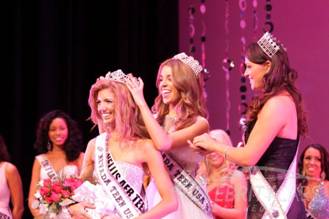 That summer after calling off my first baptismal date, I returned home to Nevada. I wasn’t meeting with missionaries, I wasn’t going to any church activities, and I felt a huge hole in my heart. In the Fall I returned to school. My first missionaries had been transferred out of my ward. I was then meeting with other missionaries, but I wasn’t able to connect with them. I was frustrated and was on the brink of giving up.  I felt that I had done everything in my power to know if this Church was true. I felt defeated and tired. I stayed up every night listening to the teachings of the apostles and prophets on the internet. I loved the counsel of Richard G. Scott, Elder Holland, and Thomas S. Monson. I was almost finished reading the Book of Mormon.

That night I got on my knees and told Heavenly Father I was done meeting with the missionaries. I poured out my heart and said the only way I would continue investigating is if one or both of my original missionaries came back to teach me because I felt like they truly cared about me. At about that same time my brother and I decided to move in together. We had a town house selected in a perfect location, only a short distance between where we worked and the campus. It would have allowed me to stay zoned for the family ward where I was investigating the church. But at the very last minute it ended up falling through.

We scrambled around looking for a new place to live and found something a little further away in a town called Centerville. The nearest LDS church to me then was a singles ward, located just 5 minutes away from our new apartment. That night I received a call from one of my original missionaries, Elder Ta’ufu’ou, saying that he had just been transferred into this same singles ward in Centerville and that I should come to check it out. We joked on the phone that it would be an even greater miracle if Elder Chance Johnson, also one of my original missionaries, was also transferred into the same singles ward, but we agreed that this would never happen because they had been companions for so long before.  We agreed the mission president would never put them back together again. 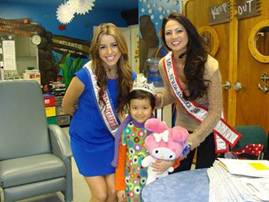 I was hesitant to attend a singles ward, but was relieved at the thought of being taught by one of my original missionaries, so I agreed to attend. I went and enjoyed the fellowship. Two weeks later, much to my amazement, Elder Chance Johnson, my other original missionary, was also transferred into the Union Mill singles ward. We were all in disbelief.  If that wasn’t God telling me to act now, I don’t know what was.  It was a direct answer to my many prayers.

Their spiritual lessons as new zone leaders serving together were powerful and I soon accepted their invitation to join the church.


On January 21, 2012, I was baptized into this the restored church. On the same day, I also decided that I was going to serve a full-time mission.  Going on a mission seemed unattainable for me. I started to hesitate.  One night about a year after my baptism, my friend Ashley called and told me about a great new institute class called “Launching Leaders”. It was held every Tuesday night, but I always worked that night. After attending only one lecture,  I realized that I would do everything in my power not to work on Tuesday nights. Two wonderful senior missionaries taught this class, Elder and Sister James Ritchie. They are kind and loving mentors to the young adults in their class.

I asked them to meet with me alone one day after class.  We sat down together and I explained that I wanted to go on a mission, but I needed a game plan. They asked where in Las Vegas I lived.  They checked and excitedly told me that their son-in-law, Charles Clawson, was the bishop in my home ward in Las Vegas! What a miracle!  I had never even been to my home ward. I soon found myself living there, with a loving bishop who helped me to prepare me for my mission. I then discovered that the Virginia mission president also lived in my home stake, in Las Vegas, and was now teaching our mission prep class.

The reason I share these details is to show you, and remind myself, that nothing is a coincidence in the work of the Lord. When we show the Lord we are willing to live for Him,  He then places people in our path to guide and help us. Many events will happen to help us reach our goals.  Some may call them a coincidence. I know better. 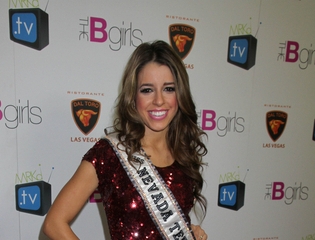 I love this church because it gives meaning to everything I do. Before this I felt like I was floating through life – doing nothing too profound, yet nothing too bad. I tried to find happiness in many things. In high school, after I won the Miss Teen Nevada competition, I thought surely this would define me and make me happy – yet I was still miserable. I joined a sorority in college only to drop it 2 weeks later. I was searching for happiness every place I could. The restored gospel provides a happiness that is not fleeting. I don’t want to live to just be a Mormon; I want being a Mormon to bring light to everything else I do. We can search for happiness in the world, and for a season it may work. If we search for happiness in this gospel, it will not fade but only grow stronger. I don’t want to just go through the motions. I don’t want to look back and wish I could have served the Lord better or opened my eyes to the miracles taking place around me. 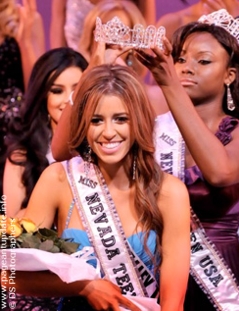 I know this church is true, but not because two missionaries told me so. I know this church is true because I swallowed my pride. I humbled myself. I spent countless nights on my knees in prayer asking the Lord if it was true. I have listened to the teachings of the President Monson. I have read the Book of Mormon. This church has changed my life forever. I never want to be mediocre. I never want to look back on my life and wish I could have loved deeper or served better. This church has shown me to look at people and see their divine potential. I am so thankful for my beautiful parents, my wonderful family, and all of the wonderful people that have helped me get to this point in my earthly existence.  Surrender your life to God. In return He will bless you far beyond what you could have ever dreamed possible.  God’s plan for us is far more beautiful than any plan our minds could ever conjure.

In the name of Jesus Christ, Amen. 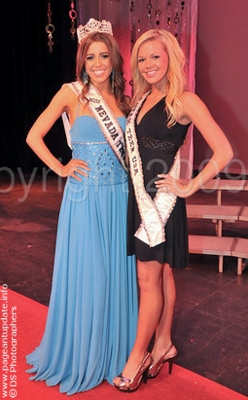 A great story about true conversion! Reminds me when I was an 18 year old in WV, who had never head of Mormonism, but two faithful missionaries challenged me to ask God if what they were teaching about Joseph Smith and the Book of Mormon was true. I am a living witness that God truly answers prayer.