The Practice of Rebaptism at Nauvoo | Meridian Magazine

The Practice of Rebaptism at Nauvoo 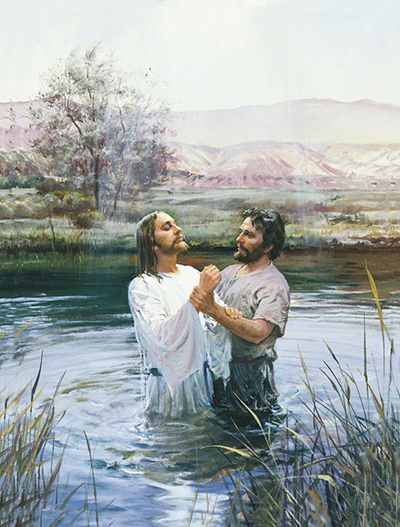 The central incident of rebaptism in the history of the Church is the rebaptism of Brigham Young and his fellow apostles in the Salt Lake Valley on 6 August 1847. Chronicles of that event left the impression that this was the first occasion in Mormonism where rebaptism for renewal of covenants was practiced. The one author who initially acknowledged that the practice of rebaptism exited during the lifetime of Joseph Smith, also limited that practice to two functions: (1) those who were baptized for remission of sins prior to 1830 and who were rebaptized as members of the Church once it was organized on 6 April 1830, and (2) “some members of the Church who were in transgression were again baptized, without first having lost their membership by excommunication.”

Other scholars though have noted that:

“For many years [in the nineteenth century] it had been common for members to rededicate themselves to building up the Kingdom through rebaptism. This practice was not considered essential to salvation but was a symbol of rededication. On other occasions the Saints were rebaptized as a symbolic gesture related to blessings for their health, entry into the United Order, preparation for marriage and even for going to the temple if they had not been there for some time.”

As with nearly every public and private practice of Nauvoo during the lifetime of Joseph Smith, rebaptism was institutionalized by Brigham Young as he built the Kingdom of God throughout the Great Basin of the American West. Although some rebaptism ordinances, such as for health and rededication, continued to be performed as late as 1913 in the temples, the LDS Presidency decided during the administration of Joseph F. Smith that since rebaptism ordinances had always been supplementary to such principles and ordinances as individual repentance, partaking of the Sacrament, and priesthood blessing of the sick, it would be wise to discontinue a practice that might tend to diminish the importance of the primary principles and ordinances upon which rebaptism was predicated. This has been done as Elder Bruce R. McConkie notes in Mormon Doctrine: “There is no need for an ordinance of rebaptism in the Church.”

I would think this could be somewhat of a negative, if not dangerous, practice, as it could cause some to think that if they sinned after baptism that it would be OK because they could always get re-baptized and therefore be cleansed. Of course, baptism without repentance is of no force anyway, but some would rationalize this away.