School time can mean homework, but it can also mean making time to read in the evening. What better time to find a great book for ages nine and up than right now? These books cover several genres which include fantasy, science fiction, mystery, humor and historical fiction. All of these books are perfect for reading aloud. 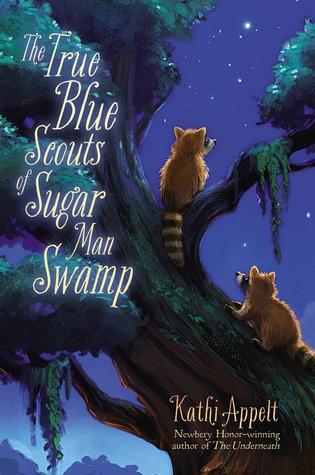 The True Blue Scouts of Sugar Man Swamp, by Kathi Appelt, is a richly told tale that seems to sway to the rhythms of the bayou. Bingo and J’miah are two rambunctious raccoons that officially scout Sugar Man Swamp to help keep their land safe. But life becomes topsy-turvy when a group of feral hogs are about to destroy the tenuous canebrake sugar that grows wild. At the same time, twelve-year-old Chap Brayburn is trying to keep a “Gator World Wrestling Arena and Theme Park” from developing on this precious land he loves so much. The chapters are short, succinct and folksy making the story beg to be read out loud. There are humorous colloquialisms and zesty onomatopoeias found throughout making the story great fun to read to a family or class. After reading this delightful book, as you find out what happens to this special swamp and all who live there, the imagery will likely linger of “deep green of the wispy willow branches as they dipped their fingers into the water.” And I predict this is definitely a Newbery contender!

Freakling, by Lana Krumwiede, features twelve-year-old Taemon as he lives in a futuristic society where everyone can move objects with their minds. This power is called psi and Taemon hears a voice to get rid of his brother. He ignores this voice and pays the price by losing psi. Now he is exiled to live in a colony where other “powerless” people dwell. Here he learns important life lessons where there is a more powerful soul inside him and he must face those who try to rule over him. Be sure to give yourself enough time to read this story because once you begin, you won’t be able to put it down. 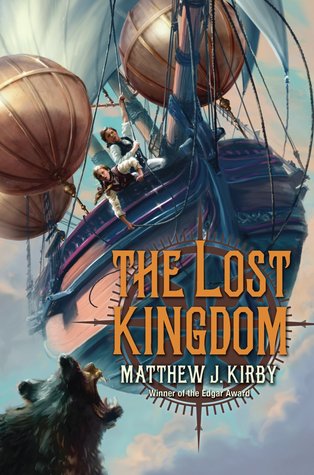 The Lost Kingdom, by Matthew Kirby, is a mixture of history and fantasy. The story is gripping from the onset as young Billy sees someone outside his house in the dead of night. When he goes to his father’s bedroom and tells him what he’s seen, the adventure begins as both his father and mother head out the door leaving him behind. The year is 1753 and an aero ship has been built to search for the lost Kingdom of Madoc. As Billy travels over America on an adventure that involves meeting Ben Franklin, bear-wolves, Native Americans and feuding French troops, Billy becomes embroiled in an exciting mystery. This is the first book in a planned series.

Written In Stone, by Rosanne Parry, is a historical fiction that showcases thirteen-year-old Pearl and her determination to keep her Native American traditions as she attempts to preserve her Pacific Northwest tribe’s practices. The year is 1918 and she has recently lost her mother and baby sister to a flu pandemic. She’s also lost her father while he was on a whaling expedition. A mystery ensues when an art dealer promises financial gain if she sells valuable artifacts. She strives to get to the bottom of the art dealer’s motivation as well as become resourceful to her people. 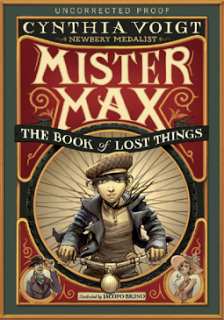 Mister Max: The Book of Lost Things, by Cynthia Voigt, is the first book in a planned trilogy. It’s the early 1900’s and twelve-year-old Max is about to embark, with his parents, on a ship heading to India. But somehow the ship sails without him and now he must figure out how to make his own way. Even though he lives next door to his grandmother, he realizes that his theatrical parents have left behind a large costume trunk. In this trunk, he can disguise himself and look older. Soon he finds himself solving mysteries by helping others locate important items, even a lost dog. But as he helps others, the mystery about locating his parents continues through the entire book. There are ink drawn pictures, by Iacoco Bruno, sprinkled throughout the book that enhance this well-written adventure.

The Key & The Flame, by Claire M. Caterer, has a fantasy storyline that has comparisons to “The Chronicles of Narnia”. When eleven-year-old Holly and her family move to a small town in England, Holly’s life becomes exciting and full of adventure. The caretaker gives her a rusty old key and she suddenly discovers that it opens a magical door to a medieval world full of fairies, centaurs and an evil king who must be overthrown in order for magic to survive. Holly also discovers that this special key is actually a magic wand giving her special powers. She, along with her younger brother and a friend, becomes an intricate part of this new world. 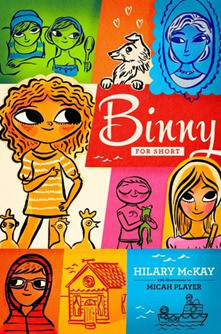 Binny for Short, by Hilary McKay, and illustrated with infectious black and white pictures sprinkled throughout by Micah Player, is a story full of family, love, loss and humor. Eleven-year-old Binny lost her dad when she was lost and this loss had a huge impact on her young life. Then, the shabby apartments where she lived wouldn’t allow her to keep her small puppy. Binny gives him to Granny, but it’s too much for her so Aunty Violet has him “re-homed”. Granny dies and leaves Binny’s family a small seaside home. Binny is exasperated and upset with her Aunt and tells her at her Granny’s funeral, “you should be dead, not Granny.” But then Aunty Violet dies 2 weeks later, and now Binny is heart-sick. These deep-rooted feelings come out when she meets a boy who seems to have a sadness he’s containing. The writing is so good, you feel yourself at the sandy beach right by their house – right along with Binny.