History of the Church Series: One Man’s Nauvoo Journal

This article was written by Eugene England. 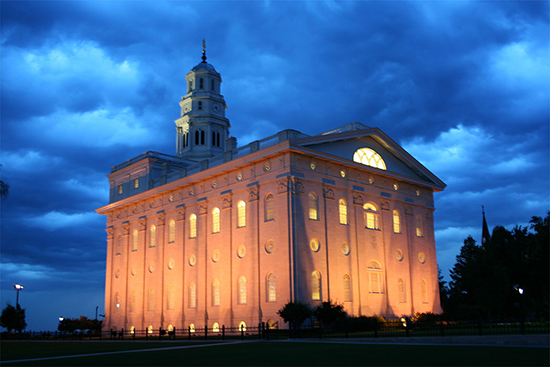 Despite his unusually informative and moving Nauvoo Journal, George Laub is not well known to Latter-day Saints, or even to students of Mormon history. He was one of a number of faithful followers of Joseph Smith and Brigham Young who did not achieve notoriety-either through prominent position or through dramatic apostasy. But he was one of those ordinary Saints whose life was brushed by extraordinary events and forces and to whom our generation is increasingly attracted as we seek fuller understanding, both of our pioneer past, and of our own possibilities, from such humble but engaging lives.

We are fortunate indeed to have this slim journal preserved in the LDS Church Archives. It not only provides essentially all we know of George Laub’s early life but also gives us a unique record of such things as some of Joseph Smith’s sermons, his martyrdom, and the earliest account of the 1844 “transfiguration” of Brigham Young when he was given the Prophet’s “mantle” of authority. The journal represents one of those small miracles of nineteenth century Mormonism that we are still learning to appreciate more fully, partly because of their rarity in the twentieth-that a person without literary training, engaged often in desperate struggles for survival against men and nature, should be moved by his faith to make the effort to create a remarkably literate and enduring account of his great loyalties, his joys, his losses, of the events and ideas that shaped his life.

Two parts of Laub’s Nauvoo journal are perhaps of most value to students of Mormon history and doctrine: first, his account of speeches by Joseph Smith, Brigham Young, and others, including what appears to be a version of the Prophet’s famous “King Follett Discourse” of 7 April 1844, a sermon which explores startling ideas about the nature of God and the universe and about man’s eternal identity and potential godhood; second, his recollection, recorded in March 1846 and therefore the earliest specific reference yet found, that at the public confrontation with Sidney Rigdon on 8 August 1844, after Joseph Smith was killed, “when President Young arose to address the congregation his Voice was the Voice of Bro. Joseph and his face appeared as Joseph’s face.”

George Laub is my 3rd Great Grandfather, and I would love to have access to any other information you have about him. Thank you for sharing his journal. I kept reading to check his parent's names and confirm he was my ancestor, and when it mentioned his wife Mary Jane I knew he was "my" George Laub!