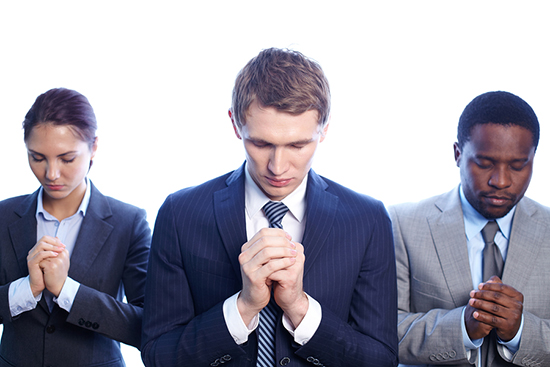 In a case that could mark a major change in church-state law, The Becket Fund for Religious Liberty filed a friend-of-the-court brief at the United States Supreme Court urging the Court to reverse a lower court decision that forbade the Town of Greece, New York, from starting council meetings with prayers led by a volunteer member of the public.

Volunteers hail from many different religious traditions, including Christian, Jewish, Bah’, and Wiccan. The Becket Fund’s brief asks the Supreme Court both to uphold the ubiquitous practice of legislative prayer and to repair Establishment Clause law by bringing it back to its origins in the Bill of Rights. According to the brief, the Founders did not see legislative prayer as a forbidden “establishment of religion” because it did not share the features of an established state church such as the Church of England.

“The Founders knew what it meant to have a government church and legislative prayer doesn’t come close,” says Eric Rassbach, Deputy General Counsel with the Becket Fund for Religious Liberty. “The Founders had been colonists in an empire with an established church and most of the colonies also had established churches. Legislative prayer just wasn’t part of what it meant to have an official government church.”

The brief states that the Founders understood an establishment of religion to consist of four key elements:  (1) government financial support of the church, (2) government control of the doctrine and personnel of the church, (3) government coercion of religious beliefs and practices, and (4) government assignment of important civil functions to the church – all linked by an underlying concern about state coercion to participate in religious activity. The brief argues that because legislative-prayer does not fall within any of these categories, it is not an establishment of religion.

The brief also explains how the Founders “viewed legislative prayer as a natural outflow of their political philosophy of limited government and inalienable, God-given rights.” By hearing prayer before a government meeting, elected officials are reminded of the limits of their powers, as well as the source of the inalienable rights which belong to the public they are elected to serve.

In Town of Greece v. Galloway, which will be heard and decided in October, the Court will address the constitutionality of legislative prayers for the first time in decades. In recent years appellate courts have split over the correct interpretation of the Establishment Clause. Town of Greece could be an opportunity for the Supreme Court to clarify interpretation of the First Amendment’s Establishment Clause for the lower courts.

“This case is a good opportunity for the Supreme Court to put Establishment Clause law onto a firmer foundation by rooting the law in the Clause’s history rather than the amateur psychoanalysis too often indulged in by the lower courts,” said Rassbach.