I Cried Out "Why?" | Meridian Magazine 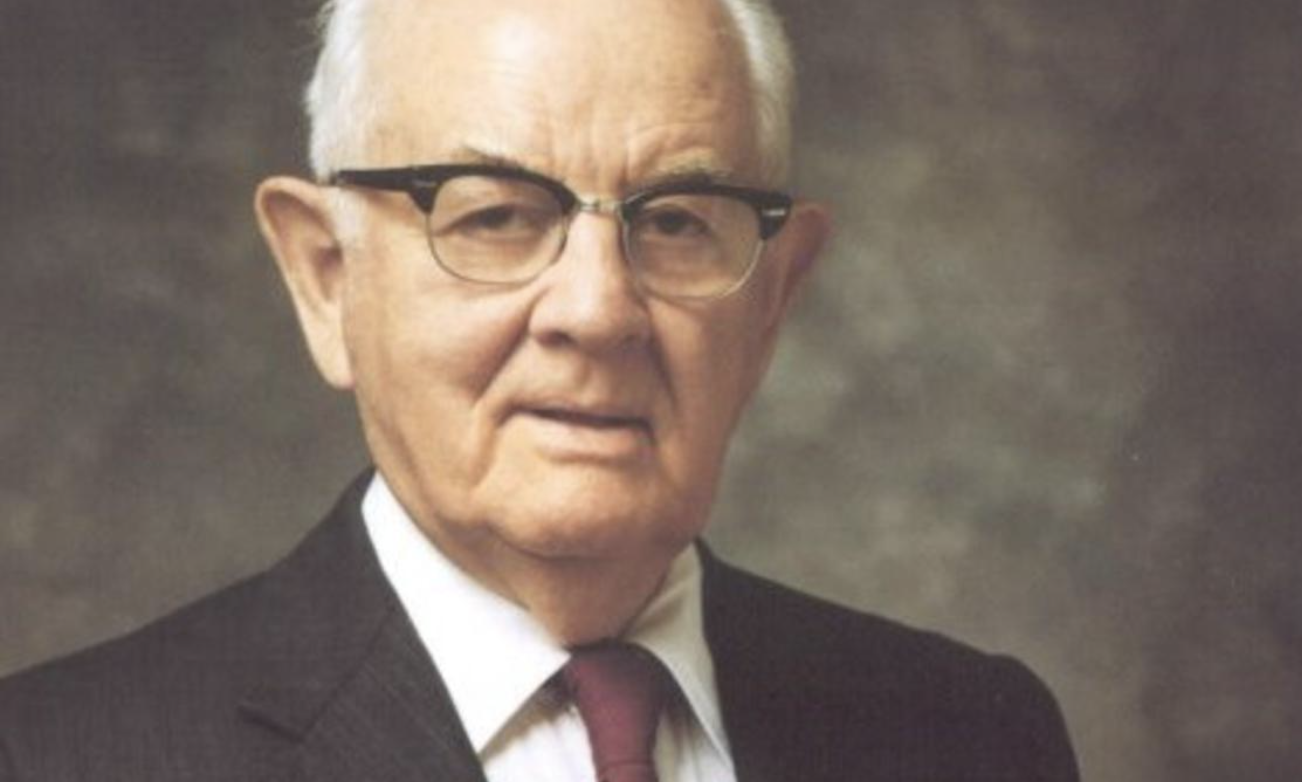 I have been trying to read a conference talk every day this year, and that experience has led to the recollection of remarkable experience, and to a heartfelt observation about the blessings that can come from our interaction with the apostles and prophets of the Kingdom of God on the earth.

The story began in Santos, a coastal city in the state of So Paulo, Brazil, where I was serving as a missionary. I had been struggling for a couple of weeks with a terrifying inability to control my thoughts. I don’t know why it happened or even how much of it was a result of my own weakness. I remember feeling that I was not pursuing a course of my own choosing, but that did not diminish the pain I suffered with the problem. I said then and have said since in discussing this that I was in Hell. I hated to leave the apartment, so great was my fear of what my mind would do to me on the streets. I fasted and prayed and sought a blessing from my companion and district, but all without discernible results.

During this difficult time I got a call from the Mission President. Elder Spencer W. Kimball was coming to dedicate a new chapel in So Vicente, which was in my zone. The President indicated that Elder Kimball would have time in the morning for a zone conference with the missionaries of the Santos Zone and he asked me to make the necessary arrangements. I was to organize the meeting so that Elder Kimball would have time to interview every missionary (there were only 18 of us) and then to speak to them in a general session. I was jubilant over the prospect. I would explain my problem with thoughts to this member of the Quorum of the Twelve. Certainly he would be able to help me. I felt such a need for his help that I prepared for the meeting by fasting again, pleading with the Lord to empower his servant to know what to say to me.

I planned the conference carefully. After the opening ceremonies, Elder Kimball could

interview the elders while we conducted some business and the mission president spoke.

Then, when the President was finished and the interviews were completed, Elder

Kimball could speak to the Zone.

I think we had about 18 Elders in the Santos Zone, so things ought to have worked out

about right. I got the meeting started and then went to sit with the last row of elders in the

chapel. The president began his speech and Elder Kimball began his interviews with

elders on the front row.

President Hicken spoke for about an hour, and his assistants also spoke briefly.

The elders being interviewed left the chapel and returned, one at a time.

Because of where I was sitting, I would be the last one interviewed. The elder next to me had been

out for about five minutes.

It was nearly my turn. I was praying silently, my head down, for the Lord to give me

a solution to my problems during the interview when I felt a hand on my shoulder.

I looked up. It was Elder Kimball.

Elder, he whispered, I’m out of time. I need to deliver my message and travel to

So Vicente for the dedication of the chapel. Would it be all right if I interviewed

you the next time I come to Brazil?”

I felt shattered, my heart like a dishrag-twisted, stretched, and wrung out within me.

I needed this interview! I had fasted and prayed in preparation. How could this

be happening? And, of course, I smiled and said, “That will be fine, Elder Kimball,”

As he walked to the front of the chapel, I leaned back with tears in my eyes, and cried

Elder Kimball waited for a moment while an assistant finished speaking, and then

he gave a powerful sermon on controlling thoughts. The message may have been a

blessing to others, but I knew, as I listened in wonder and joy, that it was intended for

me. I learned two things that day. I learned how to control my thoughts, and I learned

utterances of his servants.

That experience has united me more with the leaders of the Church than any otherthing that has happened to me. It has had an influence on every conference I have listened to for years. I know that the Lord can give me very personal answers in the midst of very public discourses from his prophets and seers and other General Authorities.

I have used this story once in a class, and several class members asked for the details of Elder Kimball’s counsel. I was astonished at the number of people who made that request.

I suppose, now, that some of the readers of Meridian Magazine may have a similar need. I am reluctant to write this because I do not want anyone to quote Elder Kimball using my words, and after more than forty years, I can only offer my impressions of his talk.

What you are about to read is an edited recollection of a distant event. I can only guarantee the general outlines of the material. None of the details is certified to be accurate.

With that disclaimer, this is what I remember.

President Kimball began by talking about mowing his lawn. He decided on one occasion that he no longer wanted to be troubled by a row of flowers along the edge of the lawn (It seems from four decades away that the flowers were Irises). He said that once he had made that decision, he simply moved the mower over and cut them down.

But the next week when he mowed again, he discovered that they were still growing. The stalks had begun to produce new green leaves and were continuing to flourish. So he cut them down again.The next week was the same and he mowed them once more.

After a few weeks, he said, the leaves had begun to turn brown around the edges and the plants appeared to him to be less healthy. He cut them off once more. The plants continued to deteriorate, week by week, because every time he encountered them, he cut them off at once.

Finally, they were gone.

I am certain that Elder Kimball elaborated on this analogy and experience, but of that I remember nothing.   I think the message is clear enough. The thoughts themselves were, like the flowers, unwanted.But it was when they were allowed to grow unchecked that their roots went deep and it became difficult to kill them.It seems now that this is a remarkably simple solution, and an incredibly effective one. I left the meeting determined to keep the lawnmower running. Every time I was troubled by the blossoms of unwanted thoughts, I cut them off. They continued to come back for a while, but, as Elder Kimball had suggested, they soon began to appear with less frequency and beauty. After some time, they stopped appearing at all. I was free.

I think part of what helped me then was the image of the lawnmower, and the fact that a prophet had helped the Lord answer my prayers. I know this at least: it worked! And it felt so good when the problem was gone.

Thank you for this wonderful story. I remember you from many years ago (in Fayetteville, NC) as an excellent teacher. Having read a book you wrote since then I was happy to learn you are also an excellent author. Keep up the good work.