Facing Down the Doubters of Our Mormon Heritage « Meridian Magazine

Facing Down the Doubters of Our Mormon Heritage 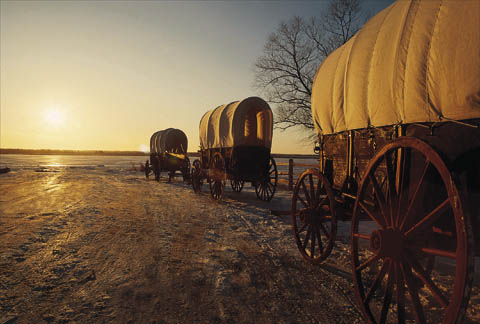 Recently the New York Times published a piece on lifelong members of the Church who find themselves doubting their faith after years of service and dedication to the gospel. This article argued essentially that it is because we whitewash our history, fail to teach it accurately, and instead of teaching truth we teach propaganda. Writer Laurie Goodstein argues in “Some Mormons Search the Web and Find Doubt” that we have ignored some of the darker events in church history, such as the Mountain Meadows Massacre and excluding some men from the priesthood based on ethnicity, and teach inaccurate fluff while wearing rose-colored glasses.

This academic and accusatory approach to our history is quite frankly off the mark. It shows a serious lack of understanding of who we are as a people, what our ancestors endured, and what we still endure daily to remain faithful. Despite Goodstein’s indirect assertion that we’re all brain-washed lemmings, many of us have suffered our own crisis of faith, like those featured in the article, and come out on the other side stronger for it.

Is the Glass Half Empty or Half Full?

Imagine that you are a simple farmer who just joined this new religion, and your neighbors are ticked about it. So you move from your little farm in New York and even though you lost everything, and you make a new start in Kirtland, Ohio. People there don’t like you taking up all the land and are suspicious of your leader, so they force you out as well. You take what little you have left and you move to a pretty little spot in Missouri where others you know and love, those who share your faith, have gathered. It’s called Haun’s Mill and you just want to recover from all the persecution and libel and hatred you’ve endured for nothing more than living your religion (in a land that guarantees freedom of religion, no less!). After mobs come in, burn your farm, and shoot your family, you retreat to Nauvoo, where a few years later the devastating events replay like a horror version of deja vu. You walk across the Great Plains and over mountains with all you own strapped to your back, and hope that you have finally found a safe haven.

We are well aware of our history of persecution. We do teach that our ancestors have suffered for our beliefs. We simply choose not to focus on the grave injustices we have suffered because we live the New Testament teachings and believe turning the other cheek, as the Savior suggests, is better. We can trace doctrinal and scriptural evidence as to why, but it all boils down to one thing: optimism. Hope. We focus on the bright side because we’ve found what we believe is the surest path to happiness. Why worry so much about the bad when we have so much to be happy about?

Goodstein also briefly mentions the Mountain Meadows Massacre and states as fact that general authorities at the time directed the slaughter of non-Mormon pioneers passing through what is now Southern Utah. I find it ironic, then, that she would criticize us for believing blindly in our own history without bothering to check out other versions of this horrific event in Church history. She is guilty of what she accuses us of being.

I’ll give you the Sparknotes version if you are unfamiliar with it:

A party of immigrants moved from Arkansas to California and crossed through Southern Utah. The settlers down there were understandably nervous, given the history of persecution and violent expulsion the Church members had suffered in the previous decades. They were forced out of their homes and essentially out of their nation, remember? The pioneers reached the Salt Lake Valley when it was still the property of Mexico. Who knows what happened that horrible day at Mountain Meadows, or who decided what, but several men dressed up like natives and slaughtered many of the travelers. What happened was shameful. There’s no way to make it better or make up for the loss of life. Of 137 travelers, only 17 small children survived.

Some people argue that Brigham Young’s assertion that the Saints should do what they must to protect themselves amounts to a smoking gun and a directive to the southern Utah settlers to attack. It doesn’t matter to outsiders that a man named John Lee was convicted of leading the attack and executed in 1877. It doesn’t matter that the metal plate someone claimed to discover in 2002, with a note purportedly from Lee himself claiming that Young was the massacre’s mastermind, was very quickly declared a hoax by historians.

Those who would point fingers at the church are going to do so despite evidence to the contrary. They choose to believe in the darker side of our history despite evidence of the light. We can’t make them believe that our version of history is balanced, but be assured, prominent historians, both secular and LDS, have strong evidence that there was no conspiracy and no cover-up[i]. In the end, some people are going to hate because they choose to misunderstand our beliefs and our thought processes, and they will use their version of history to justify it.

Goodstein also argues against our practice of polygamy and the 1978 official declaration as official proof that we hate women and everyone who isn’t white. This is more of the same-taking the version of history that supports a particular world view and using it to justify your own decisions and declare them superior. Jim Crow laws were being passed in some U.S. states up until 1965, and it took years of legislation to undo the damage those laws did.[ii] A March 2013 article in Huff Post Politics even discusses the efforts of the North Carolina state legislature to remove Jim Crow language still sitting on the books which prevents some from voting. In 2013!

We should be clear that never once was there an official declaration by the prophet speaking on behalf of the Lord that said only white men could hold the priesthood. Some of our leaders did express ideas that would most definitely be called racist using the ruler of today’s societal expectations. They are a reflection of the mindset of the time-this isn’t an excuse, just a reminder not to use our modern litmus test to judge people 150 years ago.

Remember that Joseph Smith did employ a man named Elijah Able, a black man and temple-endowed priesthood holder, as a bodyguard. I wish our church had stories of dozens of Elijah Ables instead of a single proclamation that people will hold against us. Instead I focus on the positive: that since the proclamation by President Kimball ensured that all worthy males could hold the priesthood, our church has exploded in growth, in missionaries serving worldwide, in temples dotting the globe. We are being blessed for making it right, and the priesthood is able to bless the lives of many millions in return.

And polygamy. Yes. It happened. Many of us are descendants of polygamists. We practiced it until the <a href="https://www.

<hr class=’system-pagebreak’ /><hr class=’system-pagebreak’ />lds.org/scriptures/dc-testament/od/1?lang=eng”>Official Declaration in 1890. So did mountain men, Native Americans, and many European settlers in the U.S. during the 1800s[iii]. Some groups still do, including some Mormon sects which separated from us after the declaration, Muslims, Hindus, and even a few Christian groups. And those people with the reality show. Can we please be done with this one? It’s very difficult for me to be judged repeatedly and told my church doesn’t value me or my contributions to the kingdom because people I never met practiced polygamy over one hundred years ago, but again…it’s what others choose to believe to justify their own belief system.

I Choose the Bright Side

I guess it all comes back to optimism. The world wants us to be as jaded as everyone else, but we know better.

Popular LDS author and Professor Terryl Givens said, “The logic goes like this: if the soup tastes bad, you blame the cook. Our human frailty and faults came with us from creation, and so God is paradoxically the creator of evil and thus, they would argue, he probably doesn’t exist. But here, Joseph Smith revealed the notion of what we now call the pre-existence, and tells us that we are not mere pawns but co-participants with God in the plan.”

The core of our beliefs is the reason we prefer to focus on the positive instead of dwelling on the negative.

Before we came to this earth, we knew what we’d be up against when we came, and we still shouted for joy. (Job 38:4-7). We knew we would hurt and suffer, that we’d have to endure others around us suffering. We knew our faith would be tested, and we knew some of us would fail that test. Still, we wanted the chance to try. We know where we come from, and we know where we’re going. When we have gone through the crucible of doubt, when we fight and struggle, pray and study and search, and come out on the other end still believing and loving the gospel, we win. This is why we always choose the bright side, and will not fall victim to those who choose to cast stones at us.

Juli Caldwell lives by the shores of the Great Salt Lake with her husband, two daughters, two noisy birds, and a dog who sheds too much. She recently released her second novel, Psyched. Her debut novel, co-authored with Erin Ann McBride, Beyond Perfection, is also available. You can find Juli on Twitter, Facebook, and her blog.

Former Church historian Davis Bitton once gave a talk titled "I Do Not Have a Testimony of Church History." The mere title of this talk should remind us all that our testimonies should be rooted in Jesus Christ. Studying history is intriguing but we should always remind ourselves that history is a series of snapshots -- NOT a video! There are many things so easily misunderstood without their proper context. Enemies of the Church are masters in exploiting these things to make them appear sinister when they are not.

If at the time of our baptism, we felt how the power of the Holy Ghost works for all of us, then there is no way we will ever deny the truth no matter what happens later. Of course we are all human here on earth and subject to human failings. There is not one of us who has not made mistakes. All we can do is try to live our lives the best way we can from the things we have learned from the past. 'A man ( or woman) convinced his will is of the same opinion still' is a true statement . The best way to learn anything worth learning is to get on our knees and talk to The Lord. If we are in tune we will know what is the truth. If we are not in tune we will have the spirit of contention with us. It is all up to each one of us. I have found that the best way to live my life is to follow The Lord Jesus Christ and to love everyone but I am now 83 so what do I know, Right?

Loving the Gospel or LIVING the Gospel: The Missing Ingredient

Embracing Those Who Question in Church