God Uses More than One People 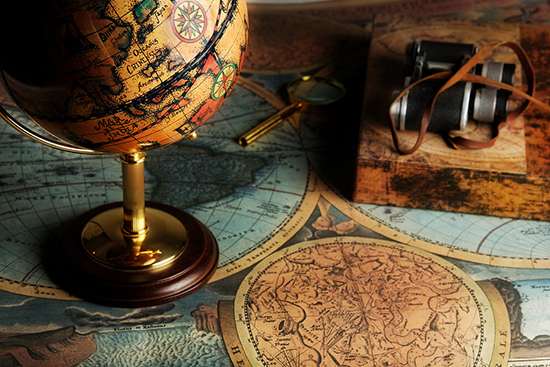 “God is using more than one people…the Latter-day Saints cannot do it all.”

Sometimes it is good to pause a moment, step back from the immediate present and look at the Big Picture. Most of us lead busy lives. It is easy to become preoccupied with our life and our work and distracted by the trappings of our culture. In this probationary Telestial world many things are happening around us, good, bad and indifferent, often trivial but sometimes significant, both seen and unseen.

Often too, there is much value in returning to what has been said by inspired, perceptive minds. Long before most of us were born, Orson F Whitney of the Council of the Twelve left us some reflections that often seem to me years ahead of his time. They are good to re-visit.

To its devotees, he said…

Mormonism” is the most glorious thing in existence – the sublimest poem that was ever written, the profoundest system of philosophy that the world has ever known. But the “wise” and the “prudent” pass it by as a thing of naught, or stand at a distance, sneering at it…why is it?

Why couldn’t Abraham Lincoln, that good and great man, see in “Mormonism” what we see in it, and what it really is – the Everlasting Gospel? He and Joseph Smith lived almost within a stone’s throw of each other in Illinois. Why did not the future president recognize in the prophet of God what the Latter-day Saints recognize in him?

Elder Whitney then commented on Horace Greeley, a great commentator in his day who had visited Brigham Young and wrote favorably about much of what he saw in early Utah. But in a religious sense, “Mormonism” remained a sealed book to him. Elder Whitney suggested one possible reason why this might be:

Perhaps the Lord needs such men on the outside of his Church, to help it along. They are among its auxiliaries, and can do more good for the cause where the Lord has placed them, than anywhere else…some are drawn into the fold and receive a testimony of the Truth; while others remain unconverted…the beauties and glories of the gospel being veiled temporarily from their view…

God is using more than one people for the accomplishment of his great and marvelous work. The Latter-day Saints cannot do it all. It is too vast, too arduous, for any one people.

Again I say, the Lord’s Work has need of auxiliaries outside as well as inside, to help it along…many are kept where they are, where the Lord has placed them, and can best use them for the good of all.”

So yes, as Latter-day Saints our part in the Lord’s work is that we have the priesthood, the ordinances and the commission to bless others with these things, but many others outside the membership of the Church also have great responsibilities in that work. The first time that I read Elder Whitney’s words two images immediately came to mind: the Salvation Army, feeding and clothing the poor worldwide, and Mother Teresa, the Albanian nun famously known for selflessly dedicating her life to serving the poorest of the poor in India. I thought too of the United Nations which, for all its faults, remains the only world body that represents all nations and has made an immeasurable contribution to world peace. Then come a host of others, individuals and organizations, often doing what we cannot.

The implications for members of the Church are profound and far-reaching.

Firstly, we need to move beyond the “us/them” mentality where non-members are concerned and the unrighteous pride often accompanying such distinctions. The perspectives of the Gospel should make us more mindful that we are all truly – literally – brothers and sisters, all having the same Heavenly origin and often separated by only a few hours of instructions and ordinances. Of all people on earth we should be the most broad-minded and generous of people in our attitudes toward “others.” There is no room in Mormonism for parochial, insular attitudes.

We must recognize that others love God, and others may know Christ, sometimes profoundly so.

All peoples and cultures have been given truth and light by God to the degree that they can accept (Alma 29:8). Furthermore, as Section 123:12 reminds us, many people now living are only kept from joining us because they know not where the truth can be found. Indeed, millions on earth today still have no access to the Gospel. There are no grounds for anything that smacks of superiority or arrogance simply because we have been given much, or given more sooner than others.

Opportunities to recognize the contributions being made by others – and to join them – will come frequently if we seek them. Indeed, Meridian Magazine has promoted some of these from time to time. Many opportunities close to home will emerge if we look. As in so many areas, however, we must beware the pitfall of ulterior motives when doing good. Our example in this is Jesus. He moved easily among the full spectrum of society in his day – rulers, clergy, lepers, beggars and adulterers – respecting all, working without drawing attention to himself and with no requirement for conversion. We must do likewise.

All these are among the reasons for the Church becoming increasingly involved with a multitude of organizations in many parts of the world. Often they are faith-based – such as Catholic and Moslem charities – and the Red Cross and its Islamic equivalent, the Red Crescent. To date, this involvement has extended to 179 countries and covers a wide spectrum; eye clinics in India, medical equipment delivered to Yemen, assisting a rehabilitation association in the Dominican Republic and so on. 185 collaborative projects have been carried out in Mongolia alone. Scanning through the list of countries the Church has worked in brings some surprises; for example, Iran appears twice. As marvelous as the growth of the Church is, however, the world’s population is growing even faster, so partnering with others of similar values and intent allows us to reach many more than we could alone.

Lastly, at another level altogether, we should also be grateful for those other churches who teach high moral standards and who practice the essence of true religion, caring for others. While they do not have the Fullness in a doctrinal sense, many are still anchors of stability in society and provide a home for those who seek a better life. Increasingly, the Church is becoming involved in such efforts as the great international congresses of world faiths seeking to facilitate peace among nations.

Therefore, while we are rightly grateful for being able to help in times of need around the world, others do also. Many of them offer stability and the moral high-ground. They deserve our appreciation, not our condescension.

As Elder Whitney reminds us, they are part of God’s work also. Many of them have been “placed” where they are by God.

None of this means that we are diluting our core teachings and doctrine in any sense; on the contrary, it demonstrates that we are learning to live them in the real world, more than ever.

All people are God's use, work , and glory!He gives us all page and pen and waits to read our story!

My mother passed on a aphorism, Some people need to bloom where they have been planted.