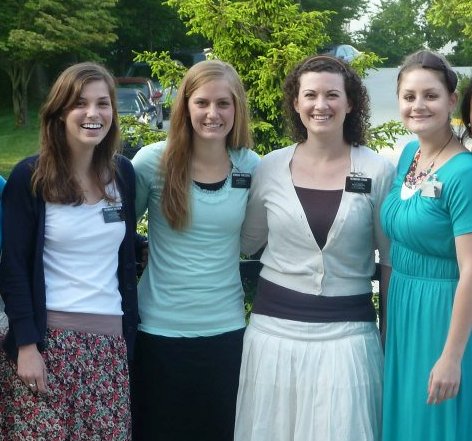 There is one experience that I had this on my mission that I will NEVER forget that I wanted to share. It’s beautiful how things just eventually work out, even if we have to sometimes wait for years.

One Tuesday afternoon we knocked on the door of Maria. She told us to come back in an hour.  When we returned an hour later, we taught her all of the first discussion about the restoration. When we got to the part about the Book of Mormon, I opened it up and turned to the picture of Christ visiting the people in Ancient America.  I explained that the people living on the American continent at the time of the crucifixion also were able to see and touch the resurrected Savior.

She looked at the picture for a moment, and then she said,  “Everything you have just told me is a confirmation of what I’ve always felt to be true.”  She went on to explain, “I always knew that Jesus came here to Ancient America, but all my professors in school through the years told me that I was wrong. They told me that the white man discussed in the many native folk stories and Indian legends (about a white man visiting their people anciently) was someone else, not Jesus.”

A few days later when we returned to see Maria, we learned something even more special about her. We taught her about the plan of salvation and (for reasons we learned later) we felt impressed to spend a lot of time and detail on the spirit world and the three degrees of glory after the resurrection. The pictures that I used contained the symbolic representations of the sun, moon and stars to represent the three degrees of heaven, as the apostle Paul described in 1 Corinthians 15:40-41.

We talked about how the good people who live in the terrestrial world (with a glory compared to the moon),  live in a beautiful place and believe in Christ, but they did not receive the saving ordinances of the Gospel, which is required to live in the Celestial Kingdom, with a glory like unto the Sun.

As we spoke about life after death and the different degrees of glory, Maria asked a few more questions and then shared this special personal experience:  “About 15 years ago, my deceased mother came to visit me in a dream, and I remember it clearly like it was yesterday.  I asked my loving mother how she was doing and she said, “I’m fine, but not completely.”

This response really bothered Maria.  She could not understand why her mother would not give her a straight answer and explain clearly what she meant.  Then Maria continued:  “My mother then explained to me that where she was at that time was like living on the moon.”  Her dream then ended, leaving Maria troubled for years, searching for the meaning of the dream.

Maria went on to tell us that for all these fifteen years since her dream, until our lesson that very evening, she had been trying to discover the symbolic and spiritual meaning of the “moon” that her mother had referenced in her dream.  She told us that all her ministers  told her  it was just something that came from her subconscious mind, and that there was no spiritual meaning in her dream. Then Maria exclaimed to us, “This lesson from you tonight is a direct and specific answer to something I’ve spent 15 years searching and praying for!”

Well, at that point my companion and I about fell off of our chairs.  Maria knew that the plan of salvation was true, and accepted a baptismal date at the end of our lesson and came to church the following Sunday.  She was very anxious to have her mother’s work done in the temple.

Of all the many spiritual experiences I’ve had, this was one of the highlights.  I know the gospel is true. God watches over us and places us in paths to find our way back to him. I’ve had enough so-called   “coincidences” now to know that God directs our paths when we earnestly seek Him.  I know that in the work of the Lord there are no coincides.  Maria’s prayers were finally answered.

Hna Taylor that was such a wonderful experience that made cry,because there's not coincidences our Heavenly Father loves us and He wants us back to Him...it's very powerful and spiritual...

Thank you for sharing your story about Maria. It's so beautiful and special.