Oklahoma’s devastating tornadoes in May raises the awareness to young people about weather and how it directly affects our lives. Here are some outstanding picture books bringing awareness on many interesting subjects. They are all geared for independent readers ages 9 and older, except for the last 2 books which are geared for ages 4 to 7. However, the format of all books will engage all ages. 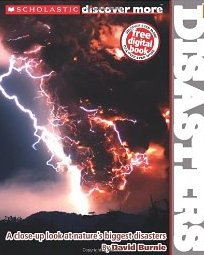 Scholastic Discover More Series: Disasters, by David Burnie, contains amazing photos that have captured the many different events that caused havoc around the world along with facts, figures, time-lines and eyewitness accounts. The book is divided into Disastrous Weather, Unstable Earth, Troubled Waters, How People Cause Disasters and The Threat From Space.

Scholastic Discover More Series: Weather, by Penelope Arlon, has a similar lay-out with photos, time-lines and eyewitness accounts but it also discusses the many different types of weather and how weather systems are connected. There is an excellent exhibit of the EF, (enhanced fujita scale used for tornado strength) demonstrates the damages as the scale goes from EF0 to EF5. The contents are grouped into: Our Turbulent Earth, Extreme Weather and Working with Weather. Both books in this series has a helpful glossary located in t           he back. 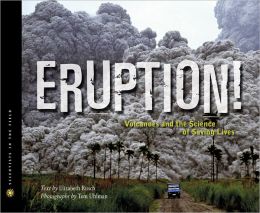 Eruption: Volcanoes and the Science of Saving Lives, by Elizabeth Rusch and photographed by Tom Uhlman, takes you to spewing volcanoes erupting ash and hot lava as you learn about a small team of scientists risking their lives as they attempt to learn more about them in order to save communities and cities living nearby. There are more than one billion people around the world who lives near volcanic danger zones and this team struggles to figure out how to predict eruptions and prevent tragedies.

Atlantis: The Search for the Lost City, by Mary-Jane Knight and illustrated by Philip Chidlow is a collaboration that is ingenious as the reader must solve clues along the way as a 19th century submarine sets out to discover the lost city of Atlantis deep in the ocean. As the reader decodes puzzles, (using an enclosed intricate code wheel) as well as deciphering hieroglyphics, marine technology, navigation and map-reading will be learned along the way. 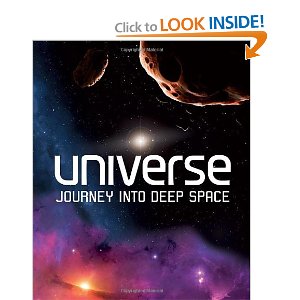 Universe: Journey into Deep Space, by Dr. Mike Goldsmith and brilliantly illustrated by Dr. Mark A. Garlick, explores, through an illustrated voyage, the nearest galazies beyond our Milky Way. It begins with an exploration of the local planets and moons and then sets off to way beyond our imaginations but this exploration is based on facts discovered. There’s a helpful glossary found in the back but most helpful is a fold-out and detachable picturesque time-line of the distance, (measured in light-years), to planets and systems beyond ours.

Coral Reefs, by Seymour Simon, showcases these endangered plant life through a variety of brilliantly colorful photos and easy to understand text. Children will begin to appreciate all that these reefs offer the underwater world and more than likely desire to help save them. 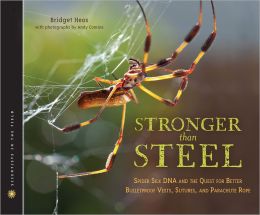 Stronger Than Steel: Spider Silk DNA and the Quest for Better Bulletproof Vests, Sutures, and Parachute Rope, by Bridget Heos and photographed by Andy Comins, explores the amazing spider’s web and the surprising strength that it holds. Through investigative research, this fascinating book looks into the many possibilities that spider silk holds. There’s even information about goat milk where the proteins needed to make this silk can be found. There’s even experiments that young readers can try-out as they explore the potential of DNA in these arachnids.

My Dog is a Hero: Working Dogs with Amazing Jobs!, by Anita Ganeri, is an inspiring book filled with stories about dogs who are trained to save lives and persevere in some of the most difficult and dangerous situations. Some of the dogs discussed include mountain rescue dogs, guide dogs and dogs trained to help protect soldiers. 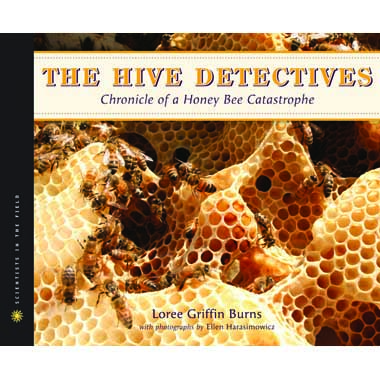 The Hive Detectives: Chronicle of a Honey Bee Catastrophe, by Loree Griffin Burns and photographed by Ellen Harasimowicz, is an interesting account of why millions of honeybees began disappearing throughout the country that began back in the winter of 2006. This insightful look into beekeepers dilemma caused scientists to investigate and the discovery that follows. There is much information about this important insect and pollination as well as hive construction, the making of honey and much more.

Deadly! The Truth About the Most Dangerous Creatures on Earth, by Nicola Davies and illustrated by Neal Layton, is packed with interesting information that kids will find fascinating about snakes that spit poison, tigers that would have you for dinner and carpenter ants that will defend their colony with suffocating gluey poison that stops birds and larger predators. This is a book kids won’t put down!

What if You Had Animal Teeth!?, by Sandra Markle and illustrated humorously by Howard McWilliam, portrays animals with large or sharp teeth on one side of the open page. On the opposite page, there’s a humorous picture of those same teeth in the mouth of a child. Some of the teeth explored include shark, elephant and crocodile. There is some interesting information about animals and their teeth found in this smallish book. 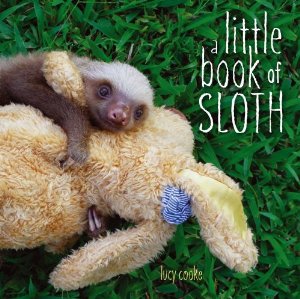 A Little Book of Sloth, by Lucy Cooke, is an adorable book filled with photos of this strange looking animal as you become acquainted with many different sloths from the Avarios Sloth Sanctuary in Costa Rica. This is thee world’s largest sloth orphanage.