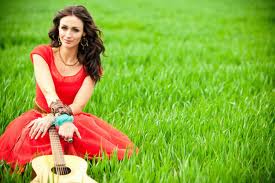 For many readers, Katherine Nelson needs no introduction. Her earnest, layered, and faithful portrayal of Emma Smith helped audiences empathize deeply with the “elect lady” in Joseph Smith: the Prophet of the Restoration and Emma Smith: My Story. Her music has uplifted thousands, from her recordings for Especially for Youth albums to her work with the Nashville Tribute Band  and her solo albums. On May 31st she’ll be seen in theaters  across several states in T.C. Christensen’s film Ephraim’s Rescue (read my review here). Visiting with Katherine, I found myself motivated to follow her example of service and commitment to Christ. I trust she’ll have the same effect on you.

Jonathan Decker: You’re a musician, an actress, an adoption advocate, a wife, a mother, and a woman on a crusade to empower and uplift other women. So…what don’t you do? How do you juggle all these roles?

Katherine Nelson: What don’t I do? Iron my husband’s shirts as much as I would like! Honestly, I try to not put limits on talents or abilities. The older I get the more I enjoy allowing myself the permission to try what I may have once thought impossible. I like forward motion. It will take an iron box six feet under to stop this frame from moving. I always say, when there’s music playing and I’m either not singing along or tapping my feet, that’s when you know I’m really dead.  And if it were not for my husband’s support, none of this “filling the measure of my wings” so to speak would ever be possible. Because of him and his willingness to support the career paths I take we are blessed to live a very full life. 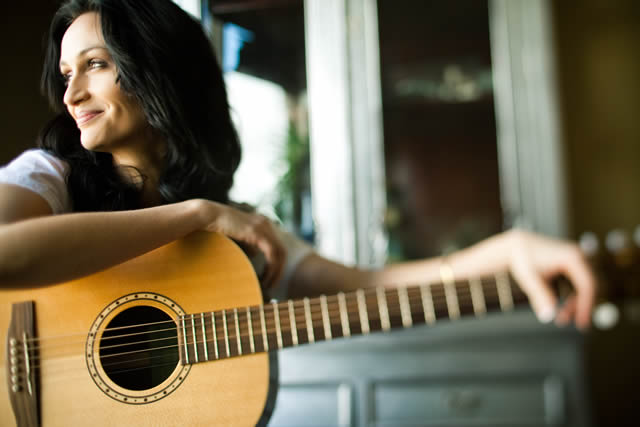 JD: I’ve been a fan of your music since back in the day when you did a lot of singles for EFY albums. Honestly, your versions of “Where Can I Turn for Peace” and “I Need Thee Every Hour” have long been personal favorites of mine, as have “Fearless Heart,” “Keeper of the Flame,” and “When All is Said and Done.” What have these songs meant to you, and what is some of the most meaningful feedback you’ve gotten?

KN: I am humbled and blessed to have been a part of so many meaningful songs, and therefore so many people’s lives. To be able to sing- it is such a gift in itself. It’s like unearthing or creating some treasure that is touching light for the first time. And to hear heartfelt thanks and see the tears by those who lived by those songs during rough periods in their lives makes the world a smaller place. It’s truly beautiful how our lives are woven together through music- a common thread.

JD: You’ve got a new-ish album (came out in 2012) called “Born Brave,” which definitely has more of a country feel to it, but retains all of the hope, faith, and inspiration we’ve come to expect from you. How did the album come about, and what are you personally expressing through it?

KN: This particular project came after recovering from some tough stuff we were dealing with under our own roof. Soon after having been called as a Relief Society Coordinator, it seemed like all the roofs of my squeaky clean Utah neighborhood (at the time) were blown away and inside each of them were other women & families struggling with their own challenges, fighting their own tough stuff, and needing a shot in the arm of bravery and hope like I did. [There was] nothing musically out there to support that. I needed strong uplifting music myself, so I wrote it in hopes that maybe they needed it too 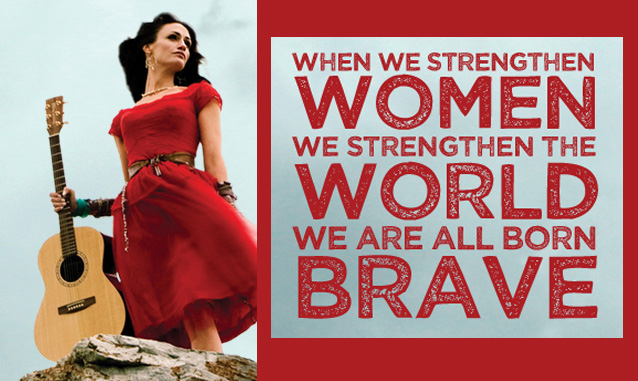 JD: I have to say, even though I’m a man and the album is geared toward strengthening woman, I absolutely love the music and am proud to get behind the message. You’re clearly very committed to using your gifts to help others. Your web site is loaded with inspirational stories of women who’ve gained strength and peace in their lives, and how they did it. How have you reached out to these women, and how have their stories impacted you?

KN: I am receiving stories right and left from brave women. I’m a puddled mess on my laptop reading most of these stories. They strike deep chords. I wrote many of the songs based on the strengths from sisters and friends in my own circle of women in my life. The stories in these songs belong to us all as we all know and love women who they relate to. They are our friends, sisters, neighbors, aunts, mothers, daughters, ourselves. 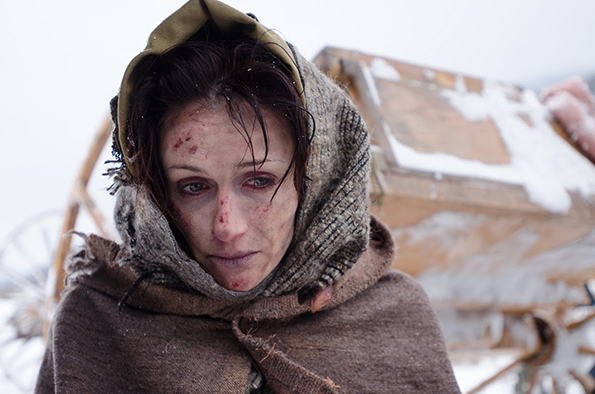 JD: Let’s talk about Ephraim’s Rescue. In it you play a woman named Alice Dobson. Who is she? Why were you drawn to play her? How did you prepare?

KN: Alice Dobson was a role that I could not put down. I auditioned with all the passion and heart my soul could offer because I believed in her kind of faith.  I was given 3 roles to audition for but only came prepared to read for her part. I just thought, if I am going to put life on hold to represent any of these women, it had to be her. There really is almost absolutely nothing to be found on Alice. I reached out to a friend in the LDS archives to send information on women who came from England. I read up as much as I could on that and just let her life story come to life through what T.C. had beautifully written.

JD: I’ve noticed that you have a convincing British accent in the film. Being a Southern California girl, what was your secret for pulling that off? When I’m trying to sound British, I do my best to imitate Harry Potter, but that’s obviously not the route you took… 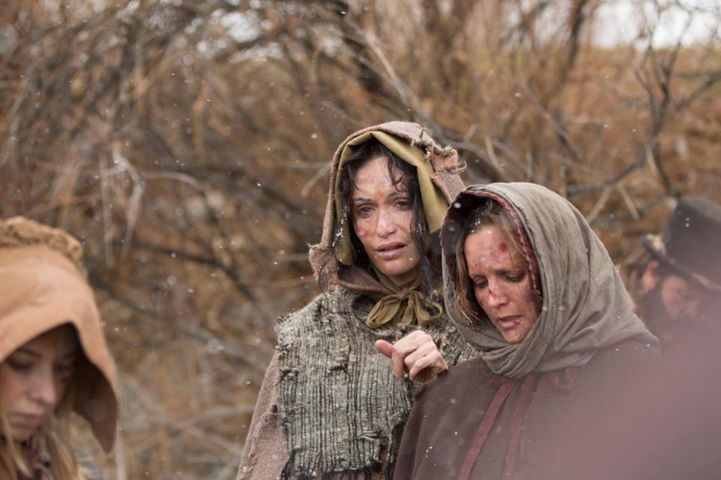 JD: What can you tell us about working with T.C. Christensen? He’s one of the sweetest guys I’ve ever met, so it’s hard for me to wrap my head around him making you trudge through the snow as much as I’m sure you did here.

KN: Oh T.C. You call him sweet?! Just joking. He is so much more than that. T.C. is one of the funniest men I have ever met, and quite a contradiction to who you may think is writing and directing LDS-based films. No matter how long we have worked together he always manages to surprise me with his light-hearted humor. Aside from the jokes, he is so gifted. His viewpoint through that lens captures scenes we have all seen hundreds of times in paintings and film but in a whole new way. He invites creativity and room for the Spirit to speak and interpret what’s written into a script. His work ethic? Iron horse.  I have been blessed in my career to work with not just incredibly talented people, but inspiring people. He is at the top of that list 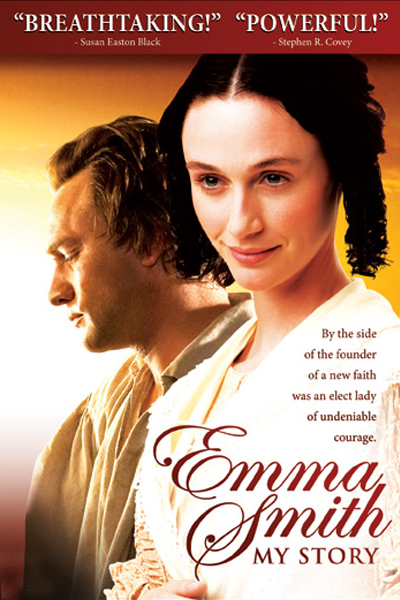 JD: You also worked with T.C. on Joseph Smith- the Prophet of the Restoration and Emma Smith- My Story, both of which were excellent. With all due respect to those who’ve come before, you made Emma more human, three-dimensional, and real than anything audiences had before seen. How did that role affect you personally? Do you think we are sometimes too hard on Emma?

KN: Yes. As Christians, as people with any shred of humanity, yes, we have all been too hard on Emma. It is difficult to keep this answer short. Sometimes the Lord teaches us a hundred lessons at once. This for me was one such time when there was a lot I had to learn about myself, faith, and my relationship with my Heavenly Father and Savior Jesus Christ. The knowledge of Emma’s whole life story, what she had endured, what she gave, and the closeness I felt to her would stay with me long after the filming; it would hold my hand during some very hard things I had ahead of me to endure.  I was blessed to be taught so much spiritually and found myself coming to know Emma, her life story, and what a rock of faith she was. In just the smallest part I learned what it meant for Emma to lose everything she loved for love itself and for the kingdom of God. 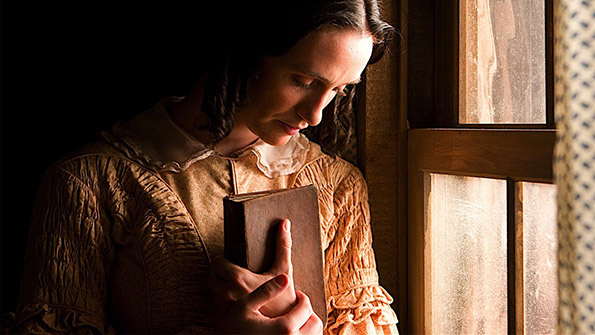 Books have been written. Now movies have been made. More than ever before we are educated on Emma and who she was and what she contributed. She was humble. She was moldable. She was willing. She went into the deep; time and time again. Her faith was seasoned. Her intentions were good. I am so grateful to be alive at a time when judgments are being thrown down and the love of Christ reigns. When we can recognize good and call it just that. But she was more than just good. She was great. There’s a reason she was appointed as the first Relief Society President in this dispensation. She knew, she absolutely knew and understood the pains and needs of the sisters she was called to serve. She knew loss, hunger, and heartache. And the life she lived and faith she had still leads us today. It carries me when I want to give up. And some part of me wants to believe she stands by me when times get hard, and helps push me through. She is the kind of woman I strive to be. I love Emma Hale Smith.

KN: Favorite films? Oh, we watch just about everything. But give me humor. I need all the laughs I can get! As far as favorite music, that is a deep and wide well of answers. My top pick as of late is [the band] Civil Wars, despite the break-up. Ahhhh. Yes. Love that sound. 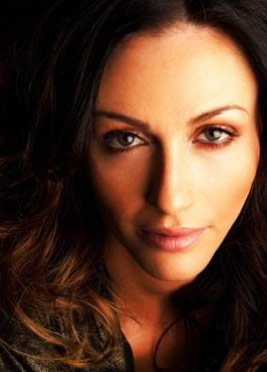 JD: Other than the Savior (who’s likely everyone’s first choice), and Emma Smith (since we’ve already talked about her), who is your favorite hero from the scriptures or Church history and why?

KN: Favorite hero? All those who continue to teach me love, hope & change through faith in Jesus.

JD: Thank you so much for taking the time to answer these questions.

KN: Thank you Jonathan. Have a great day!

For more on Katherine Nelson, including her music and the stories of women who’ve been uplifted and strengthened by it, please visit: www.katherinenelson.com/ 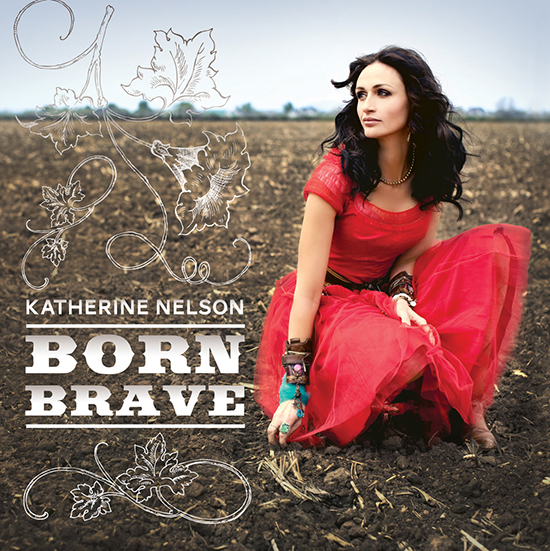 For more of my articles and movie reviews, including my review of Ephraim’s Rescue, please visit www.mormonmovieguy.com

My book, 250 Great Movies for Latter-day Families, is now available for pre-order here. 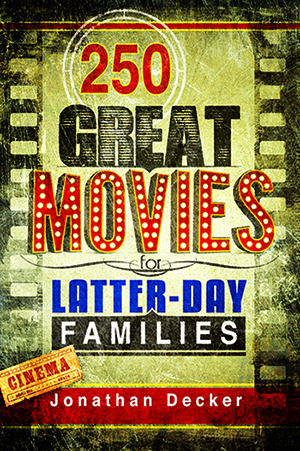