May is the month of the year that many of our children move on to the next level of school, or in some instances on to post school life. The books listed here will either make an impact, inspire or teach some valuable lessons needed in life. The first three books are geared for ages 10 and older. The rest are picture books that teach great character traits and are good for all ages. 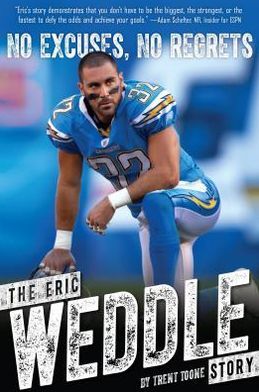 The Eric Weddle Story: No Excuses, No Regrets, by Trent Toone, is an inspiring book about a young man who didn’t allow setbacks in his life to discourage him. Instead, he used adversity to push himself harder and overcome whatever was in his way. Weddle, who played for the University of Utah football team prior to moving on to play in the NFL, was told throughout his growing-up years that he was too small and he was often benched. However, this story is much more about the importance of family and faith. He surprised his family and friends when he joined the LDS Church but his life has become much more blessed and this tremendous book reflects that. This story is not just for the graduate – it will elevate all who read it!

The Little Prince, by Antoine De Saint-Exupery, and translated from the French version by Richard Howard, is the same classic story that was first published back in 1943. This is the first edition that is expressly for younger readers, ages 11 through adult. The story begins when the narrator of the story has crashed his plane in a desert where he meets a little prince. This little prince begins to describe where he has been journeying from planet to planet and he proceeds to ask this pilot important questions. The story compels and conveys the importance of friendship, love and happiness. The colorful illustrations are the original pictures drawn by the author and they add to the majesty of the storyline. 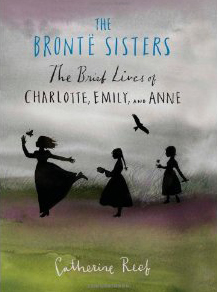 The Bronte Sisters: The Brief Lives of Charlotte, Emily, and Anne, by Catherine Reef, is an insightful biography that captivates these amazing authors and the difficulty they faced while growing up and during their lifetimes. The beautiful prose of Ms. Reef cultivates a reverence and awe that these tremendous writers of poems and stories wrote that continues to invigorate both soul and mind. And, there are photos and renderings sprinkled throughout.

Imagine, by Bart Vivian, is an encouraging picture book with brightly painted pictures showcasing the possibilities that await us in life. The opening page states the goal of this smallish sized book: “If you can imagine things aren’t quite what they seem, and dream of possibilities that only you can dream of, then anything can happen.” One page will have a girl or boy in grays and black and shows them imagining what they could become. The next page is colorful and now they are adults performing their dream. “Believe that you can overcome…all obstacles in your path.” 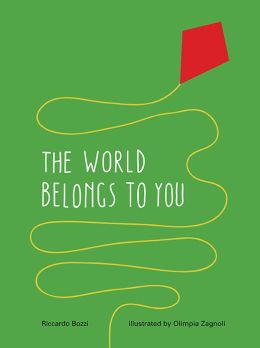 The World Belongs to You, by Riccardo Bozzi, and illustrated with powerful simplicity by Olimpia Zagnoli, explores the many possibilities of the graduate’s life and the choices and mistakes they might or might not make. It begins with “The world belongs to you. And you belong to the world.” This book can begin some strong conversations about faith and testimony and how to deal with problems when they arise.

The Story of Frog Belly Rat Bone, by Timothy Basil Ering, is a delightful tale about a young boy deciding what to do with a box full of simple treasures. He must protect the box from thieves so he builds an unusual looking protector: Frog Belly Rat Bone. The theme here is trust, forgiving and friendship. The illustrations are so ingenious and creative that young and old will delight in pouring over the pages again and again. 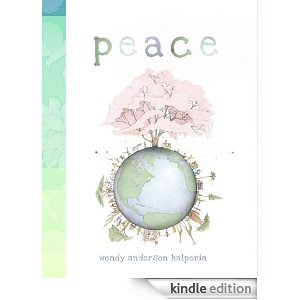 Peace, by Wendy Anderson Halperin, is a most unusual picture book portraying intricate watercolor pictures in several sections of open-book pages. The up-lifting text flows through each picture like a stream of water, butting up against the potential in each of us as powerful individuals and as a unified society. There are underlying quotes on every spread that deal with fulfillment and getting along, which gives way to peace.

The Boy Who Cried Bigfoot!, by Scott Magoon, is a clever story told from an unknown point of view. (You eventually meet the surprising narrator.) But the story teaches several character building traits necessary to become an honest adult: telling the truth, being trustworthy and maintaining friendships. The colorful illustrations fill every page. 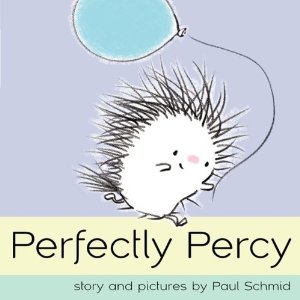 Perfectly Percy, by Paul Schmid, is a simple story about how Percy, a porcupine, solves a dilemma. He loves balloons but unfortunately pops them continually. How he comes up with a solution will encourage your graduate never to give up. Persistence and ingenuity is the key. The illustrations are simple and the text is sparse – but the message is great.

Rat and Roach Rock On!, by David Covell, is a story how Rat finally agreed to allow his friend Roach to sing in his band. But now Roach has other ideas of what he expects the band to wear. There’s an important life lesson in this story: compromising. An important concept to know is when to allow the ideas of others to come into play along with your own. The mixed media illustrations are inventive and inviting and go well with the nicely written text. This is the second book in this series.