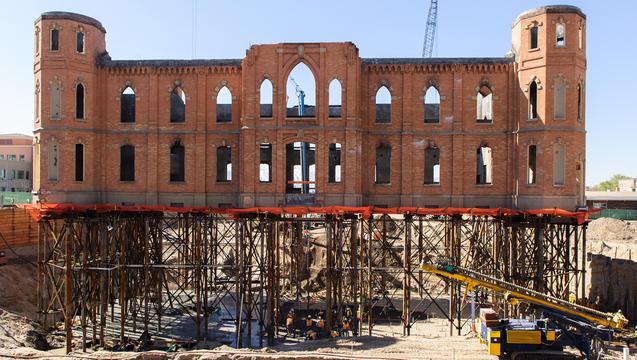 For the past several months, Provo, Utah, residents have watched as the seven-million-pound exterior of a 112-year-old building stands on 40-foot-high steel stilts. More than just an unusual construction site, this scene is the beginning of an extensive process to preserve the exterior of the Provo Tabernacle, a community landmark gutted by fire in December 2010.

After a fire damaged the tabernacle, Church leaders contemplated the future of the tabernacle’s shell, which included only the spires. Church President Thomas S. Monson announced the building would become a Temple during the October 2011 general conference. Elder Jeffrey R. Holland of the Quorum of the Twelve Apostles presided over the groundbreaking for the Provo City Center Temple last May.

“People are amazed when they see [the construction site],” says project manager Andy Kirby. “They haven’t seen anything like it before. They just say it doesn’t look real and are just amazed that we can do that, that we can lift a building up with the piles like that.” 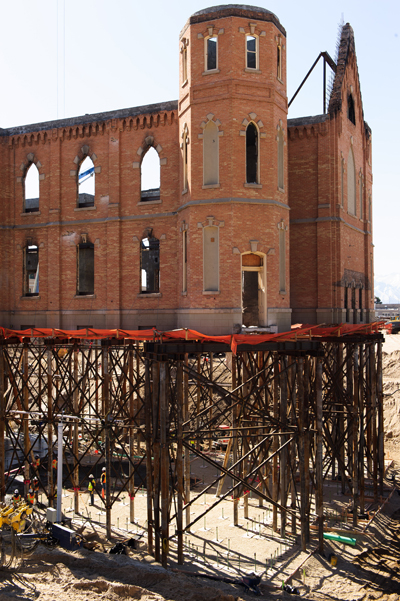 And the Church has done this without even moving the tabernacle exterior, thanks to an innovative engineering approach. First, workers stabilized the building shell by removing two of the five rows of brick in the tabernacle wall and placing steel ties around the remaining three rows. Then a concrete wall was inserted on the inside of the brick, giving the building more stability and strength than it had when it was completed in 1898. With a stable exterior, crews then installed the stilts and excavated the soil around the stilts 40 feet below the tabernacle, the location of the forthcoming temple’s basement.

This unique tabernacle-to-temple conversion process “involves engineers, architects, contractors, input from many professionals who have great skills and abilities in this area, and it’s an honor to work with them,” Andy Kirby says. 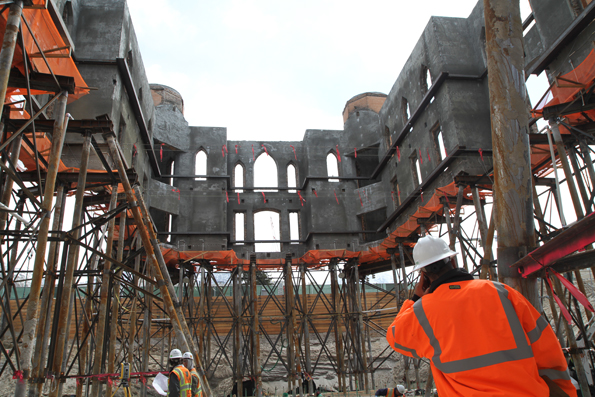 The Provo Tabernacle is a historic treasure for the Church, originally constructed from 1883 to 1898 at a cost of $100,000. It was a community gathering place for meetings and cultural events. One such popular event was Handel’s Messiah, sung each year at Christmastime in the tabernacle. 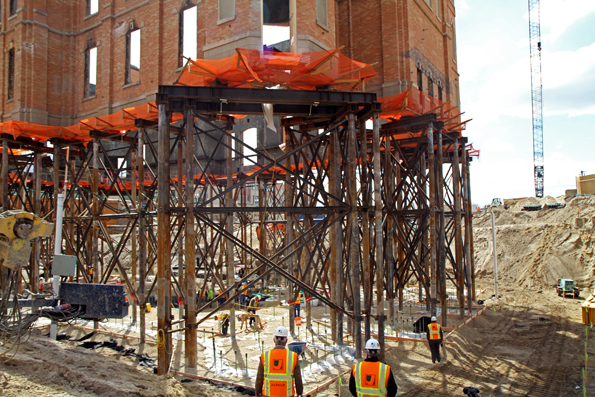 That is amazing how is it possible to do that?