Another Asteroid Discovered and Passes Close to Earth | Meridian Magazine

Another Asteroid Discovered and Passes Close to Earth 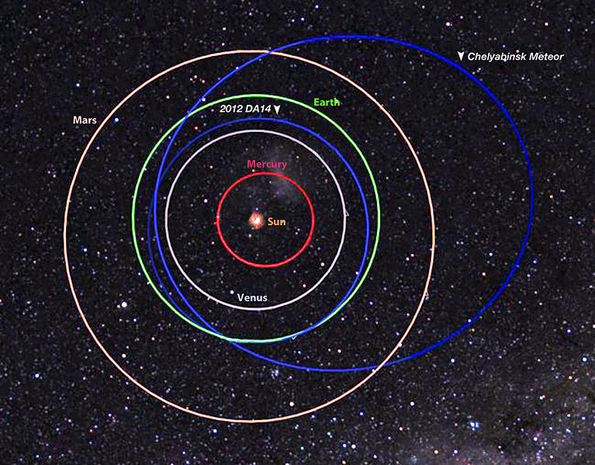 As if to underline how limited we are in our ability to track small asteroids, another asteroid was discovered on March 3rd and passed a few days later within two and a half lunar orbit lengths of the earth on Saturday, March 9, 2013.

This small asteroid is probably twice the diameter of the 150 foot asteroid 2012 DA14, discovered a year ago and which passed within 17,200 miles of earth on February 15, 2013.  DA14 was about three times the diameter of the meteor that suddenly appeared a few hours earlier above Chelyabinsk, Russia.

Should we cower in fear?  Should we spend all of our national resources to try to find small asteroids like these and somehow rendezvous with and deflect them if on a collision course?  Probably not.

Perhaps the best advice might be what Pahoran wrote to captain Moroni during a war that threatened the very survival of the Nephites.

“Tell them to fear not, for God will deliver them, yea, and also all those who stand fast in that liberty wherewith God hath made them free.” (Alma 61:21)

PBS had an excellent episode on the meteor, the process of determining its orbit and composition and the efforts to track these small asteroids are available online here. (“Meteor Strike,” PBS Documentary, NOVA, 3/27/13)

(It is close to the size of the Russian Meteor):

Loved the tables, but please list your units (Are they Ft^3 or m^3?) and give a hint as to why the columns are there. What is H? Thanks Ed Wilson