The Problem of Fundamentalism | Meridian Magazine

The Problem of Fundamentalism 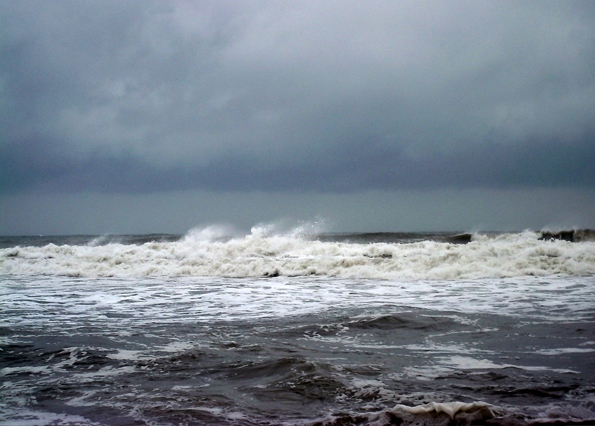 When we talk about the problems of a “fundamentalist” approach to history, scriptures, and prophets, it’s important to define our terms in the context of this discussion. “Fundamentals” are certainly good things. They are the foundations of thought, theories, and structures. In the Gospel, the fundamental beliefs are the core doctrines-the belief in God and the atoning sacrifice of the Savior. Our fundamental beliefs include the knowledge that Heavenly Father communicates with us and His prophets, and that His power on earth-the priesthood-has the authority to bind us to each other and to the divine. Fundamentals are a necessary part of religion as well as science.

Etymology (the study of word origins, meanings, and changes) tells us that many words change meaning over time or when the word is modified. As some have noted with amusement, we “park” on a driveway but “drive” on a parkway. The words “fundamentalist” or “fundamentalism” take on completely different meanings just by adding three letters.

In current LDS language “fundamentalist” often refers to those off-shoot groups who practice plural marriage. Outside of Mormonism, the term may refer to zealous and dogmatic members of various religions or even foreign terrorists.  It may also refer to dedicated believers who take a strict black and white approach to many of their beliefs.

Christian fundamentalists (which include many Latter-day Saints) generally believe (perhaps tacitly or unconsciously) that the Bible or other scriptures are inerrant (or near inerrant), that truth comes solely from spiritual sources (perhaps defined as prophets and/or scriptures), and that science and scholarship should conform to their beliefs and never the other way around.

Most of our Protestant brothers and sisters, for example, believe (at least from an institutional standpoint) in sola scripture. This doctrine teaches that the Bible contains all knowledge necessary for salvation and that all other authorities which help govern Christian life, are subordinate to the Bible. If the Bible is the absolute authority on Christ’s teachings, then it should contain no errors.

Our Catholic brothers and sisters, on the other hand, include not only Sacred Scripture into their theology, but also Sacred Tradition (the transmission of truths from generation to generation as well as apostolic succession), and Sacred Magisterium (or the infallible teachings of the Pope). Some have described this approach like the legs of a tripod; all three components maintain balance and insure the purity of Christ’s original doctrines.

While the above briefly describes Protestant and Catholic teachings that are more complex than can be covered in this short column, it is interesting to note that although Latter-day Saints don’t officially accept inerrant or infallible prophets and scriptures, some members seem to respond to challenging issues as if we did. To avoid any ambiguity, I want to make this clear-LDS doctrine does not teach that scriptures or prophets are inerrant or infallible.

The mistaken assumption of infallibility is likely the by-product of unexamined traditions and a misunderstanding of authoritative comments. I spend more time on this topic in my book Shaken Faith Syndrome, but I wish to highlight a few quotes from leaders who have addressed this topic.

“I make no claim of infallibility,” said President Spencer W. Kimball.[1]  “We make no claim of infallibility or perfection in the prophets, seers, and revelators,” said Elder James E. Faust. Elder George Q. Cannon taught, “the First Presidency cannot claim, individually or collectively, infallibility.”[2] “We respect and venerate” the prophet, said Elder Charles W. Penrose, but “we do not believe that his personal views or utterances are revelations from God.”[3]

Some members have trouble accepting the fact that prophets have human weaknesses and can make mistakes. Prophets are not fax machines for the Word of God. Like all humans they must interpret and convey impressions through imperfect and incomplete human language and understanding. As Brigham Young once explained, there “isn’t a single revelation” given “that is perfect in its fulness.” God speaks “to us in a manner to meet our capacities.”[4]

Not every word spoken by a prophet should be considered scripture. In 2007 the Church posted the following on the LDS.org website:

“Not every statement made by a Church leader, past or present, necessarily constitutes doctrine. A single statement made by a single leader on a single occasion often represents a personal, though well-considered, opinion, but is not meant to be officially binding for the whole Church. With divine inspiration, the First Presidency …and the Quorum of the Twelve Apostles… counsel together to establish doctrine that is consistently proclaimed in official Church publications. This doctrine resides in the four “standard works” of scripture…, official declarations and proclamations, and the Articles of Faith. Isolated statements are often taken out of context, leaving their original meaning distorted.”[5]

We must realize that prophets are just one of the many tools God utilizes in His plan to lead us back home. Prophets have the keys to the priesthood and can receive revelation and instruction for the entire Church. God’s ultimate plan, however, is that we, individually, come to Him through personal sacrifice, humility, obedience, and prayer, so that we may receive personal communication from on high.

“I am … afraid that this people have so much confidence in their leaders that they will not inquire for themselves of God whether they are led by him. I am fearful they settle down in a state of blind self-security. … Let every man and woman know, by the whispering of the Spirit of God to themselves, whether their leaders are walking in the path the Lord dictates.”[6]

But, some will ask, aren’t we promised that the Lord will not allow the prophet to lead us astray? We could answer this question with another question: What kinds of things do we think the Lord reveals to the prophets? In D&C 18:18 we learn that the Holy Ghost will “manifest all things which are expedient unto the children of men.”

It is unlikely that the Lord would think it necessary and expedient to explain the shape of the earth, the properties of electrons, or the workings of the cardiovascular system to ancient prophets. Why would we think it necessary or expedient for the Lord to explain Book of Mormon geography, the physical properties of Noah’s flood, or the possibility of space travel to modern prophets?

Prophets receive revelation on guiding God’s children back home, divine instruction on how to make our lives happier, as well as divine warnings on those things that bring us misery.

We recently received such revelatory instruction and warning in the last General Conference.

Sometimes, discourses on instruction and warning may include tangential topics for illustrative purposes that may reflect the opinions of the speaker. Opinions on such tangential topics may be correct or incorrect, but they generally would not have a bearing on the validity of any true points of doctrine central to the discourse.

Prophets and apostles-as mortal men-are not exempt from making errors. They are also entitled to their own opinions on areas where we have not received solid revelatory answers, and they are as free as all members to speculate on issues of history and science. The Lord assures us, however, that if we are living lives that allow the Holy Spirit to work within us and speak to us, if we are seeking God’s guidance through our actions, thoughts, and desires, if we pray always, accept Christ’s atonement and conform to His will, then we can receive our own revelation confirming those expedient teachings pertinent to our salvation.

Like all of us, prophets can simultaneously know divine truths and accept beliefs or traditions that are faulty or incomplete. If we can jettison any fundamentalist views of how we suppose revelation works, and if we are in tune with the Spirit, we can take comfort in knowing that even given the human nature of all of God’s children, no error of opinion will jeopardize our personal journey home to the Father.

Read the previous article in this series, “Even the Very Elect Can Be Deceived”

I sent in quotes by Harold B. Lee and Joseph Fielding Smith and others stating that ONLY the standard works constitute OFFICIAL church doctrine and if anything else is to become official, like future revelations (ie. the priesthood revelation and sections 137 and 138), that they have to be sustained by Common Consent. Yet those didn't make it by you censors? Really? I guess comments that aren't politically correct tend not to get published. the Deseret News publishes politically incorrect letters in their online sections. Shouldn't you at least tell people why you reject them or is it just arbitrary? Why should those with differing views even bother?

I sent in quotes by Harold B. Lee and Joseph Fielding Smith and others stating that ONLY the standard works constitute OFFICIAL church doctrine and if anything else is to become official, like future revelations (ie. the priesthood revelation and sections 137 and 138), that they have to be sustained by Common Consent. Yet those didn't make it by you censors? Really? I guess comments that aren't politically correct tend not to get published. the Deseret News publishes politically incorrect letters in their online sections. Shouldn't you at least tell people why you reject them or is it just arbitrary? Why should those with differing views even bother?