The Final Test Before the Promised Land

The Final Test Before the Promised Land

(Adapted from the Pillars of Zion series. Click DOWNLOAD to receive the seven free PDFs in the series.)

My friend just emerged from his seventh cancer surgery. This final procedure was the most invasive and the most difficult, and hopefully, it has left him cancer-free.

His long journey to healing has been challenging to say the least. What began as a growth on a calf muscle morphed into microscopic cancer cells that migrated to the lungs. After multiple operations, chemotherapy and radiation, he is finally able to take a first step into his promised land.

Considering all he has endured, I have wondered why this last procedure had to be the most difficult. Isn’t that the way life often turns out?

I’ve watched my wife carry and give birth to ten children. There is nothing easy about any part of the journey, but the last part is always the worst. Like an orchestra building to a final grand crescendo, the birth process climaxes with the breaking of water and new life!

Labor, water and life — the scriptures call this process “travailing.” Jesus said, “A woman when she is in travail hath sorrow, because her hour is come: but as soon as she is delivered of the child, she remembereth no more the anguish, for joy that a man is born into the world.”[i]

Likewise, we often travail at the end of a protracted and trying journey. We might suffer a number of preliminary trials that have served to prepare us to face the final barrier that stands between our promised land and us.

Consider the journey stories in the scriptures. Although each experience is individualized to a specific group of people, there are commonalities that form a template.

For example, the Lord delivered the Israelites into a wilderness where they became completely dependent on the Lord for everything that sustains life. The purpose of the wilderness was to help them make and keep covenants, solidify a trusting relationship with God and prepare them in all things to exercise the necessary faith to finally cross through the water into their promised land.

The last leg of their journey was immensely difficult, but not outside their memory or experience. The people knew that a prophet of God could command the waters and cause them to part so that the people could cross on dry ground. Although this last leg of the journey would tax their faith beyond anything they had experienced, they knew what to do and whom to trust. The Lord had assured Joshua, “This day will I begin to magnify thee in the sight of all Israel, that they may know that, as I was with Moses, so I will be with thee.”[ii]

Thereafter, Joshua commanded that priests carry the ark of the covenant into the overflowing Jordan River, and as they did, the waters parted. All Israel followed the ark through the waters on dry ground into the promised land.

Similarly, the Lord delivered the Jaredites into the wilderness where they learned to become completely dependent on the Lord and trust him, made covenants, and were prepared so that they had the faith to cross through the water into their promised land.

Interestingly, the Lord prepared them for the last and most difficult part of the journey by previously teaching them to build “barges in which they did cross many waters.”[iii] When the time came for building ocean-crossing barges, they already had experience in barge construction and barge living.

Consequently, despite the difficulty of the last leg of the journey-being dashed by and buried under the waves, being pummeled by rains and floods, being blown by continual furious winds, being pursued and beaten by monsters of the deep[iv]–they exercised faith “and did sing praises unto the Lord.”[v]

Nephi’s journey followed the same pattern. Delivered into the wilderness, he traveled and was sustained from day to day by faith. At the outset, the Lord told him, “I will also be your light in the wilderness; and I will prepare the way before you, if it so be that ye shall keep my commandments; wherefore, inasmuch as ye shall keep my commandments ye shall be led towards the promised land; and ye shall know that it is by me that ye are led. . . . After ye have arrived in the promised land, ye shall know that I, the Lord, am God; and that I, the Lord, did deliver you from destruction; yea, that I did bring you out.”[vi]

Sure enough, Nephi’s journey was marked by making covenants and testing loyalties against those covenants, learning to trust God, multiple preparatory deliverance experiences and continual instructive revelation to ready the people for the last and most difficult test. Now standing in the promised land, they most certainly knew who had prepared and delivered them from destruction.

What can we learn from these stories when we are faced with a formidable obstacle that stands between our promised land and us?

Final journeys into promised lands can involve any number of circumstances, but in some way or another, they follow the same template. These journeys could include long seasons of physical or emotional illness, spiritual draught, financial distress, relationship challenges, childlessness, living single, same-sex attraction or a combination of these and other things.

Old age can become that grand crescendo to life when one is required to call upon the sum of mortality’s lessons to generate the needed faith to face the last barrier and cross over into the promised land.

The Lord’s wilderness is designed to prepare us for the final tests of faith by providing us trial runs with the Lord so that we can learn to trust him to sustain and deliverance us.

For example, we recall that angels came to push the handcarts before ultimate deliverance came to the Martin and Willie companies.[vii] Seagulls came to devour the plague of crickets before the Saints could establish a stronghold in the tops of the mountains.[viii]

Abraham’s wife, Sarah, was spared twice from the clutches of Pharaoh and the king of Gerar[ix] before she experienced her true “deliverance” from her personal bondage with the birth of Isaac.

Plainly, the Lord’s periodic deliverances in the wilderness prepare us for our ultimate deliverance into our promised lands.

The ancient Israelites are examples of successive deliverance experiences that prepared them for their ultimate deliverance. The angel of death passed over them in Egypt.[xiii] They were delivered from Pharaoh’s army, first by a column of fire and later as they passed through the Red Sea.[xiv] In the wilderness, when they had no water, the Lord delivered them by healing the bitter waters[xv] and later by drawing water from a rock.[xvi]

Then, as we have mentioned, when the day of ultimate deliverance finally came, the Lord delivered them by parting the waters of the Jordan River, allowing them to cross over on dry ground to their promised land.[xx]

Like these wilderness travelers, we will also be delivered from time to time to prepare us for our time of crossing over and the ultimate deliverance. Then we, like Alma, will able to testify: “I have been supported under trials and troubles of every kind, yea, and in all manner of afflictions; yea, God has delivered me from prison, and from bonds, and from death; yea, and I do put my trust in him, and he will still deliver me.“[xxi]

Such is the testing in the Lord’s wilderness that prepares us in all things to face the final test before the promised land.

This article was adapted from the Pillars of Zion series. Click DOWNLOAD to receive the seven free PDFs in the series. Follow our Internet missionary project: www.gospelideals.org.

My dear Brother Barkdull' You have been blessed with such clarity and inspiration to write about all our human trials. I enjoy all your articles. En verdad, soy de habla hispana . Me maravilla la forma que usted toma el evangelio, en como lo desglosa , entregando tanta fuerza a sus lectores. Lo amo mucho. Cada vez que abro esta pagina, me alegro mucho cuando veo su nombre. Cada articulo esta lleno de luz. Siga adelante, no wonder you have been through many trials. If not, you would not be able to write with such inspiration. I appreciate ALL you do in writing for all of us in this great Meridian Magazine. May God bless you ALWAYS with more and more light. Best regards, Mercedes 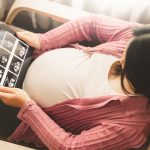 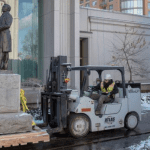 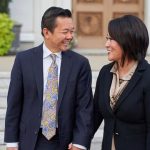