Casual Dating is Alive and Well 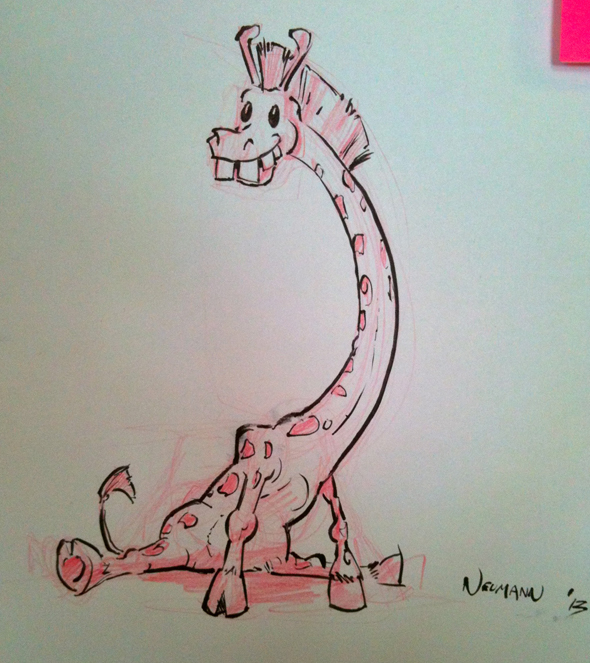 The most common lament I hear from single women both young and old is that men don’t ask girls out on dates anymore.  “Dating is dead,” they claim.  “All men want to do is hang out.”

I don’t believe these complaints for a minute.  Dating is alive and well.  Girls need only recognize what type of dating boys want to do and give them what they want.  And Ladies, don’t jump to conclusions and think the only thing boys want is a physical relationship.  That is not the case.  There are some decent men out there, some really good guys and what they really want is a friend.

Friendship dating, or what I refer to as “Casual Dating” in my book, Unsteady Dating:  Resisting the Rush to Romance appeals to more guys than you can imagine.  A case in point is a young lady I’ll call Sarah, who went to college and her first year in college she went on dates with sixteen different boys–real dates: planned, paid for, paired off… the works.

I asked Sarah to share some of her secrets.  She had no idea what I was talking about.  She insists she has no clever, pre-meditated prescription for getting dates.  But she did reveal how she met the guys who asked her out and what likely prompted the guys to set up a date.

Bachelor # 1 was in Sarah’s ward.  When he introduced himself as the ward family history consultant, Sarah, sincerely interested, asked, “Can you teach me how to do family history? I really need to learn about family history.”  A few weeks later asked her to go waterskiing.

Bachelor #2 met Sarah while playing at a single adult conference.  She discovered he knew how to play the guitar and asked him to teach her.  He took her to lunch first and eventually began teaching her to play the guitar.

Sarah met Bachelor #3 on a diving board.  They were both practicing their springboard diving.  After they had consecutively displayed their best front 1 1/2 pike, they started talking.  Sarah discovered Bachelor #3 enjoyed snowboarding as well as diving.  “That sounds like so much fun,” she enthused.  He took her on a date snowboarding.

Bachelor #5 brought his sketch pad over to her apartment one day. “You’re a cartoonist?” Sarah queried.  Bachelor #5 demurely bowed his head.  “My favorite animal is a giraffe,” she exclaimed.  “Can you draw me a giraffe?”  Bachelor #5 soon asked Sarah on a date to a comedy club.

You can see a pattern here, obviously.  Sarah discovered boys love to share their talents.  If they are good at something they may want to talk endlessly about it, or they may even want to teach what they know.  A girl provides a captive audience, and she gets herself a date.

It’s important to know that Sarah is not a beauty queen rivaling Miss America.  She’s plenty pretty, but most of all she’s fun.  She’s great company, a blast to do things with.  Furthermore, she’s going on a mission in a couple months and is not interested in commitment.  She’s just interested in having fun, and learning some new skills along the way.  Guys who ask her out know Sarah is interested in a date, not in a mate.

Sarah met Bachelor #6 at a bonfire.  They were both talking about things they enjoyed doing.  It turns out they both enjoyed snow skiing.  Bachelor #6 put Sarah’s number in his phone and a week later he called her and invited her to go snow skiing.

At a fireside Sarah discovered Bachelor #7 knew people from her home state.  They compared notes about their mutual acquaintances and ultimately he invited her to his ward’s “walk and talk”.

Sarah’s strategy, although she wouldn’t call it that, in getting to know bachelor numbers 6 and 7 was simply to share things they had in common.  Guys need friends just like everybody else.  Girls make excellent friends, as long as they don’t scare the guy away with a premature expectation of commitment.

Bachelor #8 called Sarah on the telephone and asked, “What are you doing today?”  She replied, “Hanging out with you.”

Bachelor #9 worked with Sarah in her church calling.  They both discovered that Applebee’s discounted their appetizers to 1/2 price after 10:00 p.m.  “Hey,” we should go get some,” Bachelor #9 said.  “Let’s go!” Sarah replied.

Sarah’s home teacher needed to go to the planetarium to complete a project for a science class.  “Will you come with me?” asked Bachelor #10.  “Sure, I’d love to,” she replied.

One of the boys in Sarah’s anthropology class was on his way to a devotional one morning.  “Hey, do you want come with me?”  he asked.  “Sure,” she replied.  We won’t count this as an official date because it wasn’t planned in advance, but it’s a great illustration of how easy casual dating can be.

Guys asked Sarah out because she was non-threatening, in that she wasn’t expecting a permanent relationship.  She made it clear that they could go on a date and it didn’t mean they were “in a relationship.”  Because their dates were no big deal, asking her to go on a date was no big deal.

Sarah asked Bachelor #11 to a Sadie Hawkins dance.  The bishop had just revealed that very few of the boys had been invited and encouraged the girls to do something about it.  On the way home from church Sarah made up a funny song and sang it to Bachelor #11 who was delighted to be remembered.

Bachelor #12 was lucky enough to possess the right given name.  The girls in Sarah’s apartment decided they were going to arrange a fun date night.  One of the girls in the apartment actually had a steady boyfriend named Mark.   “You can’t bring a boy to our date night unless his name is Mark,” the girls decided.  Sarah scanned her brain until she remembered somebody named Mark, and he became her date at her apartment’s date night.

Even when the girl asks the boy out on a date it can be non-threatening if the boy understands she is interested in a casual date, with no strings attached, no expectation of commitment.

Sarah’s roommate set her up with Bachelor #13.  They went to a football game and then afterward to a horse farm where he let Sarah feed the horses.

Sarah’s roommate’s boyfriend set her up with Bachelor #14.  Their task was to go to the grocery store and with a very limited budget, buy ingredients for a dinner, then make the dinner.

Sarah’s mom’s friend had a brother who called Sarah and took her Salsa dancing.  He was Bachelor #15.

Friends, friends of friends, uncles’ co-worker’s, aunts’ neighbors, cousins’ roommates… all kinds of connections can lead to a date.  It doesn’t have to be a perfect match.  It’s not forever.  It’s just one date.

Bachelor #16 was an old friend who took Sarah hiking and riding on a tandem bike.

Casual dating.  It’s fun, it’s non-threatening, it’s a great way to learn new talents, and discover you like things you may never have known about otherwise.

JeaNette Goates Smith is the author of Unsteady Dating:  Resisting the Rush to Romance, available at www.unsteadydating.com.  Her next column will discuss serious dating and how casual dating can, on some occasions, lead to serious dating.

These are great ideas for the VERY young. However, the leaders of the church have warned against the current trend to postpone marriage and just "hang out."

I wish that it was alive for me. I am 73, a RS President in in out branch, busy with a Food Bank, brought to our building, and keep busy with donations of making hats and scarfs for abuse centers. But the few single programs I ahve gone too, I was too old for most men. I wish wards were more helpful for the older single adults.