Evidence, Education, and the Loss of Faith | Meridian Magazine

Evidence, Education, and the Loss of Faith 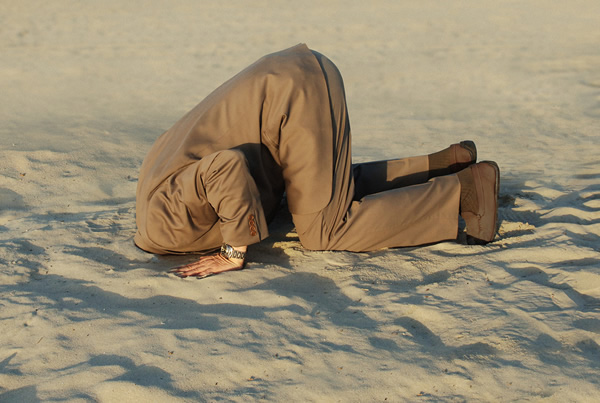 “Religious faith not only lacks evidence, its independence from evidence is its pride and joy, shouted from the rooftops,” Richard Dawkins.[i]

For atheists like Dawkins, religion is for the weak-minded who believe in fairy tales-not only in the absence of evidence, but in spite of evidence. Likewise, most anti-LDS pundits (even sectarian LDS-critics who themselves accept God, Jesus, and the Bible) claim that Latter-day Saints believe in a fictional Book of Mormon which is not only unsupported by evidence, but makes claims that are contrary to known historical and scientific evidences.

As I launch this new column for Meridian Magazine I’d like to explain the direction I hope to take.

Despite the fact that Christianity is the largest religion in Europe and has been practiced in Europe since the first century,[ii] studies show that atheism is showing rapid signs of growth-especially in Western Europe.[iii]

While the atheistic movement is not yet as strong in the United Sates, polls indicate that one out of five Americans failed to indicate a religious identity.[iv] There are also a growing number of vocal atheists in the media, the news, and even groups on college campuses,[v] and several books which denounce religion have held strong spots on the bestsellers lists.

Not surprisingly, with the increase in atheistic popularity in many developed countries, we’ve also seen an increase in anti-LDS activity and prevalence. Much of this anti-religion and anti-Mormon material has sprung from the growth of the Internet. This combination has caused more than one Latter-day Saint testimony to stumble.

At a recent Utah State University question and answer session with Elder Marlin K. Jensen, for instance, Elder Jensen said that “…maybe since Kirtland, we never have had a period of, I’ll call it apostasy, like we’re having right now; largely over these issues. …we are suffering a loss…”[vi] While critics exaggerated the extent of LDS membership losses,[vii] it is undeniable that The Church of Jesus Christ of Latter-day Saints is experiencing member losses because of hostile Internet sites.

Atheism and anti-Mormonism are not the only religious-related categories that have seen growth in the past few decades. LDS scholarship, based on the wider scholarship of academia (including disciplines such as history, archaeology, anthropology, Egyptology, molecular biology, and various other areas of science), have increased our understanding and appreciation for what Joseph Smith brought forth through revelation. This increased understanding brings new evidences for what Latter-day Saints believe.

Some members may think that faith is enough, that our intellects need not, or should not factor into a testimony. For some members, faith might be all that’s needed, but for other members, intellectual support for belief is not only helpful but necessary.

When Oliver Cowdery made his failed attempt at translating the plates the Lord told him: “Behold, you have not understood; you have supposed that I would give it unto you, when you took no thought save it was to ask me. But, behold, I say unto you, that you must study it out in your mind; then you must ask me if it be right, and if it is right I will cause that your bosom shall burn within you; therefore, you shall feel that it is right” (Doctrine and Covenants 9:7-8).

Moroni (Moroni 10:3) and other prophets (2 Nephi 32:1) have counseled us to ponder things in our hearts-which sounds like an emotional rather than intellectual approach. Most people in ancient times, however, generally didn’t understand that the brain was the source for thoughts and reasoning. They typically believed that the heart was home for both the soul as well as the origination of thoughts.

While the Egyptians experimented with brain surgery, for instance, they nevertheless believed that the heart-not the brain-was the source for thoughts. To “ponder things in our hearts” means to include our brains in our spiritual quest.

As Latter-day Saints who believe that the glory of God is intelligence (D&C 93:36), we are told to seek wisdom from the best books (D&C 88:118) and learn more than just what we hear in Sunday School. We are encouraged to learn about astronomy, geology, history, current and foreign events, and much more (D&C 88: 79).

“Each of us,” said President Boyd K. Packer, “must accommodate the mixture of reason and revelation in our lives. The gospel not only permits but requires it.”[viii]

In 2007, the Church published a statement about Mormon doctrine which read in part: “The Church exhorts all people to approach the gospel not only intellectually but with the intellect and the spirit, a process in which reason and faith work together.”[ix]

Latter-day Saints (like most other people who believe in a spiritual realm) believe that some evidence-such as a spiritual witness-can only come through faith, but they also maintain that faith and reason are not typically in conflict and that evidence-based reason can support faith.

Studies even suggest that for Latter-day Saints, increased education strengthens testimony and that higher education contributes to the religiosity for Mormons. It is my hope that rational thinking will play an active role in magnifying our testimonies.

“Evidence” for belief, and evidence supporting defenses against anti-LDS claims, are, contrary to some atheists, a prominent part of much LDS scholarship. Some of the web resources which offer this intellectual support include:

The Neal A. Maxwell Institute for Religious Scholarship (formerly FARMS): (www.maxwellinstitute.byu.edu/). While the direction of the Maxwell Institute is currently finding a modified course, the Institute offers vast amounts of information, articles, and books, on various LDS-scholarly topics.

The Interpreter (www.MormonInterpreter.com): This new online and print-on-demand journal was created by several of the original members of FARMS. In a short amount of time, they have produced an impressive amount of material.

And, of course, there is FAIR-the Foundation for Apologetic Information and Research (www.fairlds.org)-an international organization of LDS volunteers who have produced a massive repository of responses to LDS-critical claims. FAIR hosts an annual Conference (the 2013 event is schedule for the August 1-2), as well as podcasts, videos, DVDs, and the most comprehensive wiki that engages challenging LDS issues.

Lastly, FAIR has produced my book Shaken Faith Syndrome: Strengthening One’s Testimony In the Face of Criticism and Doubt. This book was initially published in 2008, and just this week a 2nd edition-revised and enlarged by nearly 20%– has come from the press (https://bookstore.fairlds.org/product.php?id_product=10).

The cure for shaky testimonies-as will be shown in the months to come-is often not to study less, but to study more.

<hr class=’system-pagebreak’ />fairblog.org/2013/01/15/reports-of-the-death-of-the-church-are-greatly-exaggerated/”>Reports of the Death of the Church are Greatly Exaggerated”

I agree completely with William L. My story is just about like his. I note some comments about people who say many members are "just looking for an excuse to leave the church." Well, I was a convert and was an active member for over 40 years. Except for temple missionaries, my wife and I attended the temple more than any other members in our last ward, and the temple was a four and a half hour trip. I once lived on an island where we would take a lengthy ferry trip and then drive 60 miles to the temple, often having to spend a night in the back of a canopied pickup. I served as an EQ President, stake missionary several times, and was called to be a Seventy. We even adopted our only child through the church, so I would say that I was not eager to "get out". Over the years, I began having more questions, but home teachers and leaders would tell me, "Don't have questions, brother, just have faith. After you die all the answers will be given to you." Even after I stopped attending, well-meaning "once friends" did not come up to me to help me find answers to my questions. I wrote down some 60 questions that had bothered me in 40 years and told many "friends" that I had such, but absolutely no one came forth to help me in my "faith crisis". Why, I wondered? Earlier in my questioning, our bishop asked all ward members to read the BoM, so my wife and I did as we were admonished, and as President Hinkley had advised several years previous. But this time, rather than using old institute manuals and other apologetic materials for my references, I decided to use only the Spirit. I read each line very carefully. I continued on into the D & C and by then I had many, many unanswered questions. I had read many of Denver Snuffer books and enjoyed then, so when "Passing The Heavenly Gift" came out, I purchased it and began reading. Here I found answers to many of my questions, but as I read I wondered if more reading in sources which he used would help me even more. They did, but each time I would find answers I didn't want to find. I prayed about what I found and I felt that I was reading the truth. Earlier in my questioning, the internet was not available, and since I couldn't afford to purchase all of the Journal of Discourses or had access to the Joseph Smith Papers Project, I would just put my questions "on a shelf". With the internet, I could read all those materials I couldn't before. Also I was able to locate an 1830 copy of the BoM and an 1835 copy of the D & C which had many startling differences. And, the two above books came from a museum that was dedicated by President McKay. I stayed away from anti-Mormon literature. If members would like to know why questioners drop out of the church, they need to view the power point presentation found on Mormon Stories. This will tell them the 5 myths believed to be the reasons why people drop out. This presentation was made from a poll of some 3000 people who dropped out. It gives the main reasons why this happens. This should stop some of the speculation, but since this was not put out by FAIR, many members will shy away from it. This is one of the reasons, I dropped out---I felt I could read anything I wanted, as long as it was on the approved list, and as my wife just noted, "that list changed dramatically from what it was 40 years ago."

@Thelma: Apparently the software for logging the comments eliminates paragraphs. You'll notice there aren't paragraphs in any of the comments. When I wrote mine I included several paragraph breaks, but when it was published they were all gone.