Church Responds to Over 100 Disasters in 2012 | Meridian Magazine 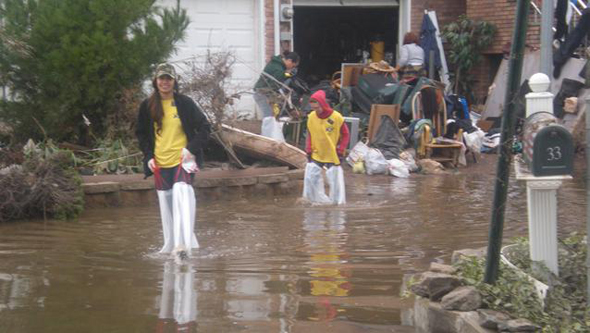 During 2012, the Church of Jesus Christ of Latter-day Saints provided victims of 104 disasters in 52 countries with hundreds of thousands of pounds of food, water, clothing, medical supplies, hygiene kits and other relief items. In addition, local Church leaders organized thousands of member volunteers to distribute aid and assist those affected by these disasters, with over 1.3 million volunteer hours of service donated (worth an estimated $28 million).

“When the Church responds to a disaster, we provide material resources and volunteers, but response efforts are really a partnership between our members, their neighbors and communities,” said Lynn Samsel, director of Church Emergency Response.

In addition to Sandy, the Church’s largest disaster responses in 2012 occurred in Syria (civil unrest), the Philippines (typhoons), the United States (tornadoes) and Japan (continuing 2011 earthquake and tsunami recovery efforts). The Church’s response efforts in these areas are detailed below, followed by listings of all disaster responses by the Church in 2012.

200,000 blankets, 50,000 children’s coats and 14 pallets of emergency medical supplies have been provided to Syrian refugees in Turkey, and additional support has been requested.

In August 2012, the Manila area of the Philippines was hit with a tropical storm, causing severe flooding and affecting more than 900,000 people. More than 70 deaths were reported.

Church members in the Philippines assembled and distributed food kits, sanitation kits, blankets, clothes, housing materials and other relief items to those affected by the floods.

Between the months of March to October 2012, there were more than 900 tornadoes reported in the United States and 68 deaths confirmed.

The biggest tornado outbreaks occurred during March 2012 in the Midwest and South.

The Church provided relief in 12 states, with more than 2,000 volunteers helping with cleanup.

In 2012, the Church continued to provide assistance to communities devastated by the tsunami.

The Church committed $13 million to support relief and recovery efforts.

More than 250 tons of supplies were distributed during the first few months following the disaster, including food, water, blankets, bedding, hygiene supplies, clothing and fuel.

Over 31,000 Church-sponsored volunteers have provided more than 608,000 hours of service to date.

The Church has established partnerships with government, volunteer and industry organizations.

An LDS employment resource center is operating in the Sendai area to assist members and others who lost jobs due to the disaster.