Fire-Breathing Dragons and Other Christmas Traditions 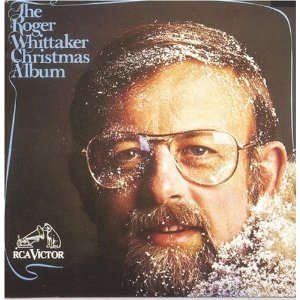 What does a fire breathing dragon named Darcy have to do with Christmas traditions? Everything. You see, it’s from one of my daughter’s favorite Christmas songs, which also happens to be a favorite of my mother’s, as well as mine.

It’s from one of the greatest Christmas albums ever to survive the ’70s: The Roger Whittaker Christmas Album. It was recommended to my mother by my dear late aunt almost 40 years ago. Back then she proclaimed it as the must-have holiday album of the decade and that was enough for us.

Whittaker’s album quickly became a Christmas staple in my house. I would say it was soundtrack of every childhood Christmas. From vinyl record to audio cassette, we wore out every track, especially the one about Darcy the dragon.

When I got married, my mother bequeathed me with Roger’s Whittaker’s digitally remastered CD, which I recently uploaded onto my iPhone which I now blast out via the Apple TV. Even though the playback modes have changed over the years, the tradition of belting out that particular album over a structurally unsound gingerbread house has not. It’s part of Christmas.

Thanks to that casual yet decisive musical endorsement by my aunt all those years ago, the musical Christmas traditions of at least three generations have been forever changed. I wonder if she ever knew what that album meant to our family. What is means to my children? What it will mean to their children?

Which got me to thinking. How many people have, unknowingly, played a huge part of fashioning our Christmas traditions? Do they even know they’ve had a hand in creating the particular brand of holiday magic to which my children have become accustomed?

For example, the recipe for the neighborhood treat we make every year that takes way too painstakingly long to concoct but is so delicious we do it anyway, was passed down to me by my sister-in-law who in turn got it from a friend who got it from a friend….etc. I may never know who pioneered that delectable confection, but they have helped shape our Christmases for a decade now and have contributed to the current mess that is my kitchen. Thank you.

The nativity play we put on every Christmas Eve, which I know most people do, was a huge deal to my mother-in-law. And I mean huge. She made actual sets that were kept in storage until the 23rd when it was time for rehearsals. The performances were of such caliber that they set up chairs and invited the neighbors. Her Mary was serene, her Joseph was stoic, and her angels were exuberant. Her costumes were either hand sewn or actually purchased in the Holy Land.

I’m not sure who instilled this zealous dedication to Luke II in her, but I thank them, because it makes me try extra hard and have extra patience when my shepherds don’t feel like singing and my baby Jesus is long overdue for a nap. We do the nativity anyway and with great hope that it will run more smoothly next year. Right now I can’t promise we will one day invite the neighbors, but thanks to her, it’s not off the table.

The way we decorate our tree with souvenirs from our travels, the way we make the kids march around the house 10 times before they can open any presents, the brand of lights we string on the roof, the songs we sing, the service we give, the way we love, have all been shaped by the good intentions of others whether they knew it or not.

I wonder whose traditions I’ve had a hand in shaping? What recipes have a shared? What meaningful service have I rendered? I wonder what traditions my children will take along with them into adulthood. Even if it’s only a tune about a fire breathing dragon trying to get her Christmas shopping done, I will feel like I’ve played my part.