(Receive your free PDF copies of my Pillars of Zion series. Click here.)

I was called to serve a mission in Argentina. One of the first things I learned about the people is they didn’t like root beer. They thought it tasted like medicine.

Sacrificing root beer for two years was going to be a problem for me. I loved it; I am a root beer connoisseur. My favorite stop throughout high school had been an A&W Drive-in where roller skating waitresses served the golden brown liquid in tall, frosted mugs. Oh, how I would miss blowing off the froth and feeling the sharp sting of carbonation stab my tongue and burn my throat! Pure bliss!

When I arrived in my mission, I soon discovered that other North American missionaries were also suffering from root beer withdrawal. To curb the craving, they would write home and ask their mothers to send them little vials of root beer extract so that they could brew a batch. But the Argentine postal service was unreliable. Corrupt postal workers sometimes stole such packages, or, if a parcel happened to make it through, months could transpire before delivery.

About twelve months into my mission, after having completed the 12-Step Recovery from Root Beer Program and had nearly put root beer out of my mind, I was assigned to a companion whose mother had managed to send him a boat load of root beer extract and packages of Fizzies. (Am I revealing my age again? Does anyone out there remember Fizzies?)

My companion had gathered such a vast stash of root beer extract and Fizziesthat we were able to make and drink something new every day. My companion was anaficionado of fine Fizzie and root beer. He took no shortcuts. His gourmet taste required that his root beer and Fizzies be made with dry ice, a process that I frequently observed with fascination. The result was always the same-delicious nectar!

A few months later, I was transferred to a city where four Elders worked and shared an apartment. My companion was a South American native and thus hated root beer. The other two missionaries hailed from the United States, and the eldest was scheduled to soon go home.

Throughout his entire mission he had begged his mother to send him some rootbeer extract. Recently she had relented, and upon the extract’s arrival, he was in heaven. Each day, as we gathered at our apartment to eat lunch, he would judiciouslydip an eyedropper into his precious vial, drip several drops of rootbeer extract into an empty glass and squirt it with seltzer water.

He was so desperate for rootbeer that he had convinced himself that the drink was delicious! “What a waste of good rootbeer extract!” I thought.

One day, I approached him carefully. “You know, I can make rootbeer the right way.”

“The right way?” He had obviously never learned the lesson of Eve and the serpent.

“Yes. I know how to make rootbeer with dry ice.”

He swallowed my temptation hook, line and sinker. After some discussion, we decided that tomorrow we would celebrate lunch with authentic rootbeer. I was to procure all the necessary ingredients and we would meet at noon and imbibe. Tentatively, he handed me his little bottle of rootbeer extract.

The next day was filled with excitement. I bought a large package of dry ice, and my companion and I returned home early so that I could create the concoction. Because he was South American, he opted out of the rootbeer festivities and decided to fast. He retired to a bedroom to read scriptures while I labored in the kitchen.

The label on the bottle of extract read that the contents would make five gallons of rootbeer. I determined to make all of it. I began to explore every cupboard in the kitchen but found nothing that could contain that amount of liquid. Not to be denied, I recruited every pot and pan that I could find-five of them–and filled them with water. Then I estimated the amount of extract needed for each container. The thick liquid hit the water and snaked its way to the bottom. I mixed the brew until it was brown.

Now came the time to add the sugar. Suddenly, a shock of fear shot through me. I could find no white sugar! I looked everywhere. Nothing. All I could locate was brown sugar. Now let me pause here to admit that I have never been much of a chef. Ask my wife. Toast and hotdogs are the extent of my cooking skills. So you’ll understand why I shrugged my shoulders and thought “Sugar’s sugar,” and I dumped it in.

When I poured in the dry ice, the entire kitchen became a volcano spewing white clouds of rootbeer brume into the air. Each pot boiled rootbeer onto the counters and the floor with the din of the rapids of a great river. For a few minutes I couldn’t see through the dense vapor. It was glorious.

The bubbling finally subsided and I checked the clock. Where were my companions? I wondered, as I prepared my lunch. Finally, I sat down to eat. I waited and waited until I could wait no longer. The rootbeer was beckoning me and I had to test it. I dipped my cup and took a sip.

It was terrible! Nothing could be worse than rootbeer made with brown sugar!

Suddenly the weight of what I had done seared my mind. I had destroyed this Elder’s little bottle of rootbeer extract. There was no way to repair what I had done. I had concocted five gallons of putrid rootbeer, which still was foaming in fivepots in the kitchen. How could I explain this to him? He had been waiting his entire mission for a bottle of rootbeer extract, and now I had obliterated it!

I felt so bad. I didn’t know what to do. I sat down to my lunch and did what I had been taught to do: I offered a quick prayer. “Heavenly Father, I feel terrible about what I have done to this rootbeer. The extract was this Elder’s only bottle. I sure would appreciate it if you could make it taste better.”

The Elders never returned for lunch that day. I ate my lunch alone, then poured the rootbeer into containers, shoved it into the refrigerator, and my companion left for the afternoon to go tracting.

When we returned that night, I stepped into the kitchen where I found two Elders guzzling rootbeer. They said they had been teaching a lesson and had not been able to come home for lunch.

“This is the best rootbeer we’ve ever tasted!” they exulted.

Then one of the Elders handed me a glass, and I hesitantly lifted it to my lips. I took a tiny sip. It was delicious!

We drank rootbeer for a week, and I learned two lessons from that experience.

First, God listens to our every prayer, even the ones we casually offer over our food; and second, He has a sense of humor.

Receive your free PDF copies of my Pillars of Zion series. Click here. 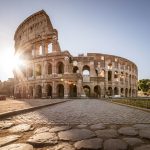 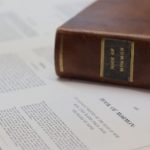 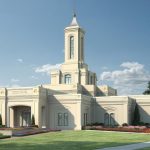 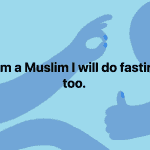