Praiseworthy Media: The Hobbit is a Welcome Return to Middle Earth | Meridian Magazine

Praiseworthy Media: The Hobbit is a Welcome Return to Middle Earth 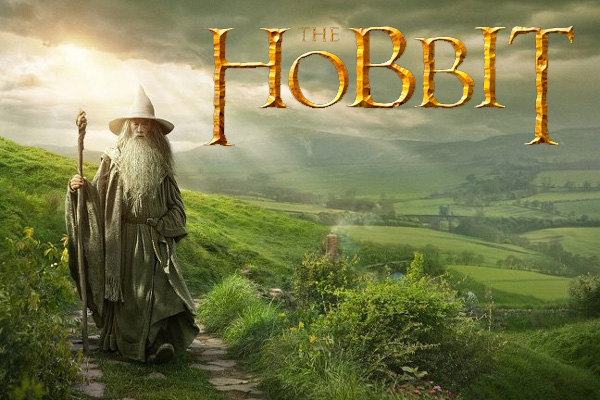 To those who’ve never read Tolkien, whose exposure to Middle Earth has come only through Peter Jackson’s Oscar-winning Lord of the Rings film trilogy, may I offer a word of advice that’ll help you enjoy The Hobbit as much as I did? Alter your expectations. The Hobbit is no Lord of the Rings. It doesn’t have the high-stakes of a battle to save the world, with the various races uniting against a common enemy. It doesn’t have the date-night-ready romance between Viggo Mortensen and Liv Tyler, the swoon-worthy (for some) derring-do of Orlando Bloom, or a group of lovable 20-something heroes for the college kids to relate to. What it does have is an effectively simply story about neurotic hobbit Bilbo Baggins (Frodo’s uncle, 60 years before Lord of the Rings) and his adventure helping a group of dwarves regain their homeland from a vicious dragon, at the insistence of grizzled wizard Galdalf (Ian McKellen, in a superlative performance). We also get to see how Bilbo acquired that little gold ring which causes so much trouble later on. 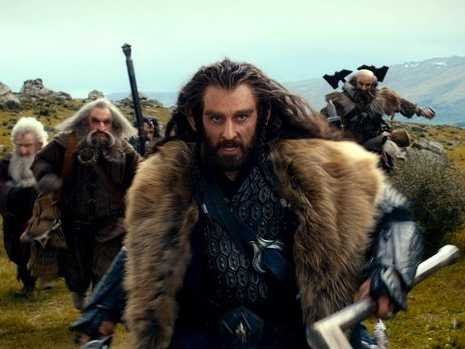 With that in mind, I can say that The Hobbit finds director Peter Jackson back in fighting form creatively, with the sweeping New Zealand vistas, thrilling battle scenes, gorgeous visuals, illustrious set and wardrobe design, and cutting-edge visual effects that Rings fans have come to expect. The performances are first rate, which is to be expected when one of the world’s best directors works with some of the world’s best actors. As Bilbo Baggins, Martin Freeman is so perfectly cast that one can see why the film’s shooting schedule was built around his commitments on BBC-TV’s Sherlock. Freeman brilliantly, and often hilariously, captures the nervous energy of Baggins while adding layers of doubt, fear, and ultimately selfless heroism. 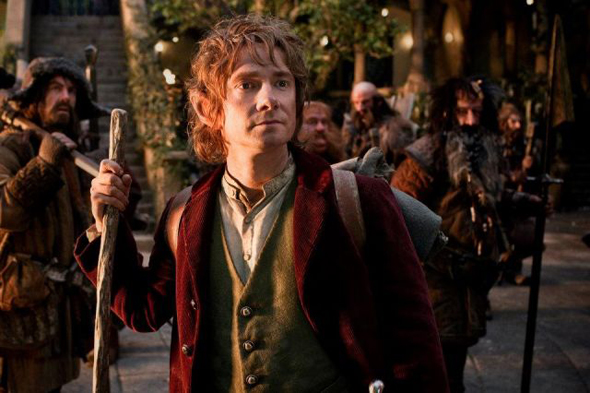 Richard Armitage provides gravitas, grit, and hidden warmth as Thorin, a royal dwarf warrior determined to reclaim a home for his people and restore honor to his family. We, the audience, are still getting to know all of the other dwarves, but the actors do fine work and we come to care as much about them as we can in this jam-packed story. In the film’s best sequence, Andy Serkis returns as Gollum, engaging Bilbo in a life-or-death game of riddles. Serkis is at once very funny and very frightening, and one remembers why his interpretation of the character is so iconic.

At 2 hours and 40 minutes, the film does run too long, sacrificing the novel’s excellent pacing and getting bogged down in the middle as it expands the story, adding details found in Tolkien’s appendices. A dialogue scene between Galdalf (Ian McKellin), Galadriel (Cate Blanchett), Saruman (Christopher Lee), and Elrond (Hugo Weaving), for example, seems to go on forever. While it’s a thrill to see these “original players” back together, the scene will bore to tears anyone not fluent in geek-speak (for those who understand it, however, it’s an admittedly cool bit of foreshadowing to the events of Rings). It must be said that none of the returning actors seem to have aged a day, though it’s been a decade since the originals were filmed. 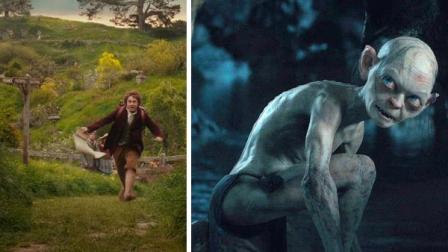 On a technical level, the special effects (as well as the capabilities of “virtual cameras”) have advanced in the last ten years. The film is a marvel to look at (with a battle between “rock giants” a particular highlight), yet unlike the Star Wars prequels, this film maintains a visual consistency with the original trilogy and the story is structured such that one can start with the Hobbit movies and segway seamlessly into LOTR, digesting the entire epic tale in chronological order. Composer Howard Shore continues to provide definitive music for Tolkien’s world.

Though The Hobbit is in some ways the least of Jackson’s Middle Earth films so far (as its primary purpose is to lay the groundwork for what’s to come in later installments) it is still a staggering achievement and a fine start to a new trilogy. Even with its flaws, it’s one of 2012’s best films and is not to be missed in theaters. (Note: Much has been said about the film’s 48 frames-per-second cinematography; in most theaters it comes only in the traditional 24 fps, which is how I saw it, so I cannot speak with any authority on the matter). GRADE: B+

CONTENT OVERVIEW: The Hobbit- An Unexpected Journey is rated PG-13. It has no sexuality or language. There’s one mildly crude joke and some gross-out humor involving troll mucus. As with The Lord of the Rings films, there’s plentiful battle violence, with frightful goblins, trolls, and orcs stabbed, shot with arrows, and having their heads and arms chopped off.

For your amusement, allow me to share my award-winning Gollum impression from back in the day

FOR MORE OF MY FILM REVIEWS, VIDEOS, AND ARTICLES, PLEASE VISIT WWW.MORMONMOVIEGUY.COM