As we gear up for the holiday season, many have the tradition of cuddling up in front of a Christmas movie to get into the spirit of things. While Elf, A Christmas Story, White Christmas, and more are classics that people enjoy annually, there are few holiday films that actively seek to draw our hearts to Christ and the charity He embodies. That’s why it’s so delightful that this year gives us not one but two excellent movies that inspire with their artistry, their wholesome content, and their emphasis on the true spirit of Christmas. Latter-day Saint filmmakers Christian Vuissa (One Good Man, Errand of Angels, Joseph Smith: Plates of Gold) and John Lyde (You’re So Cupid, One Man’s Treasure) have both crafted wonderful films you’ll want to visit again and again: Silent Night and Christmas Oranges. 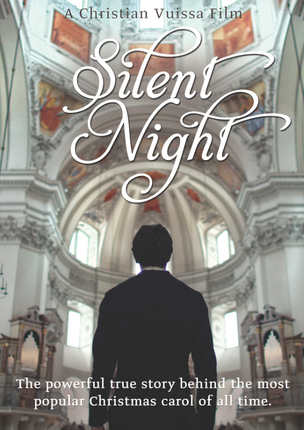 The latest from acclaimed LDS filmmaker Christian Vuissa (read my interview here), Silent Night is a story told with passion and subtle patriotism. You see, Vuissa is from Austria and this is the true story of Austrian priest Joseph Mohr, and how his ministry among the people of a small town drew him closer to Christ and inspired him to write the classic hymn Silent Night. Though the apparent use of native actors in an English-language film means that some dialogue is occasionally lost in Austrian accents, this is mostly not a problem and well worth it for the authenticity it yields. It must also be said that the actors, unknown at least in the United States, carry the film effortlessly, conveying wonderful subtlety as the natures of faith, doubt, misery, hope, and charity are brilliantly explored. They are aided by an excellent screenplay, gorgeous cinematography, and as expected, wonderful music. This is a sublime and inspiring true story, skillfully made and sweetly acted. You’ll want to watch it every Christmas season. Released November 13thon DVD, it will also air on BYUTV on Thanksgiving Day. Available to own through Deseret Book. 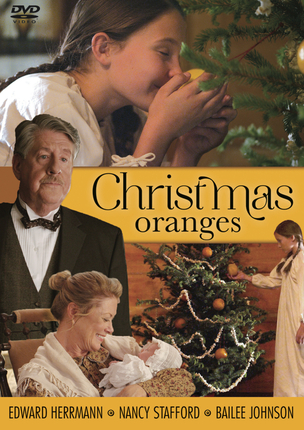 The famous tale of kindness among lonely children at an orphanage is brought to life in Christmas Oranges, the most accomplished film yet from director John Lyde. It has some terrific performances, from the gruff Scrooge-like headmaster played by Edward Herrmann (Redemption, Intolerable Cruelty) to the warmth displayed by Nancy Stafford (Matlock, Christmas With a Capitol C), from some terrifically nuanced work by LDS film veteran Bruce Newbold (Finding Faith in Christ, Only a Stonecutter), to solid acting by the children, led by Bailee Michelle Johnson (17 Miracles). This isa beautiful Christmas film with a timeless message, lovingly crafted, well-acted, and told with warmth and tenderness. Released on DVD November 6th.Available to own through Deseret Book, Seagull Book, and Amazon.

FOR MORE REVIEWS FROM THIS AUTHOR, PLEASE VISIT WWW.MORMONMOVIEGUY.COM