Touted for days as a surprise and an historic event, the Mormon Tabernacle Choir announced Tuesday that it will have its own YouTube channel that will take its music to a global audience in an unprecedented way.

While individual songs have been available on YouTube from the Mormon Tabernacle Choir, this new channel will feature the full weekly broadcast of Music and the Spoken Word and an archives of their favorite programs which will include their Christmas programs.

Invited to the announcement were college-age bloggers and students hinting at the extended reach the Mormon Tabernacle Choir hopes to attain with the youth who are so technically savvy and geared to the Internet. This new development, however, also means that the choir’s weekly broadcast can be in anyone’s home in the world at the click of a mouse. 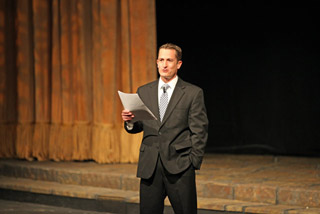 Ryan Murphy, associate conductor of the choir, said, “You can now experience the Mormon Tabernacle Choir in an amazing new way. The choir is going global and taking a giant leap forward into the digital age.” As if to live up to the enthusiasm, the announcement was being tweeted as it was made to a global audience. 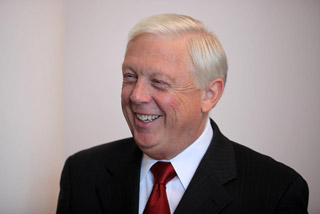 The channel is at youtube.com/MormonTabChoir and the choir hopes you will go there and subscribe today.

Jarrett joked that their goal was to have more subscribers than Justin Bieber. 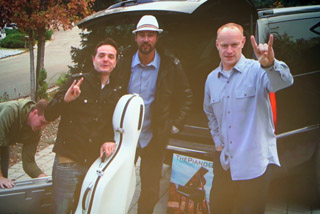 Certainly, their welcome video is an attention-grabber as President Thomas S. Monson, Jane Clayson Johnson, Marie Osmond, Brian Stokes Mitchell, the Piano Guys, Katherine Jenkins, Donny Osmond, Michael York and Tom Brokaw all chime in to say “congratulations” and to tell why they love the choir.

The site currently has 30 videos, all in high-definition and all high quality and more will be added regularly. 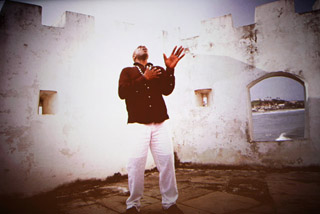 As an example of the possibilities for production quality and added dimensions on the new channel, a video featuring Alex Boye singing “I Want Jesus to Walk with Me” was played. Not only was the performance stunning and moving, but with the Mormon Tabernacle Choir singing in the background, Boye performed the song at the castle in Cape Coast Ghana where Africans were kidnapped from their shores, stuffed in ship like cargo and sent to America.

This video will be available for general viewing in a few days.

Jarrett said that music videos with this level of excellence will be done with some of the visiting celebrities who sing at Christmas “to enrich their fan base and ours.” 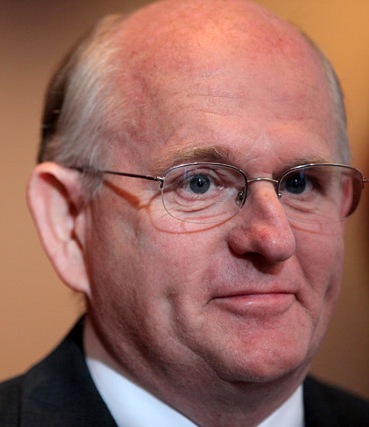 Conductor Mack Wilberg, noted not only for his work with the choir, but also for his masterful arrangements that have made him an international name in the music circles, said the choir has come a long way since its first broadcast. With its 84 years of broadcast, the choir is the longest continuous broadcast in the world. That first broadcast, however, was just a local radio crew who ran a wire from their control room more than a block to an amplifier where the choir was singing.

“What really makes us happy in the end,” said Wilberg” is when we can touch people’s hearts and change lives with our music.”

The choir’s repertoire includes sacred music, much of it by the masters, some folk music and show tunes, and lately some African tunes where the choir is accompanied by native drums, instruments and their own clapping. Wilberg said, “This is all part of the journey we hope to take our listeners on-and what a journey it will be.”

Here is a sample of the choir’s music from the new channel of The Pilgrim’s Song:

For Mack Wilberg, coming to YouTube in this new, more powerful way is just part of the choir’s continued push to perfection. He said, “I think the choir continues to improve for many reasons. The choir does between 300 and 400 pieces a year, and we only rehearse two hours Thursday night.” Achieving that pitch of excellence could “mean that we either had to rehearse more, which is impossible with the choir members’ busy lives, or we can make sure that we give people more training and more tools in order to be better. That is why we’ve implemented our Temple Square Chorale and our choir school.”

New choir members must go through this training before they ever sing with the choir. Seasoned members of the choir also rotate their this school again so their skills are exceptional.

Now these exceptional skills can be matched by extended delivery. 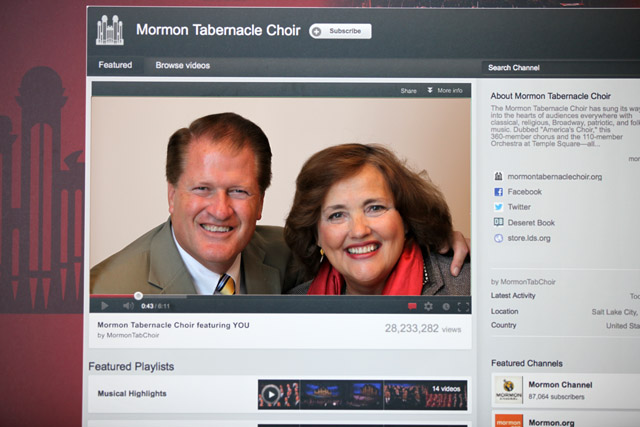 We subscribed to the Mormon Tabernacle Choir Channel!