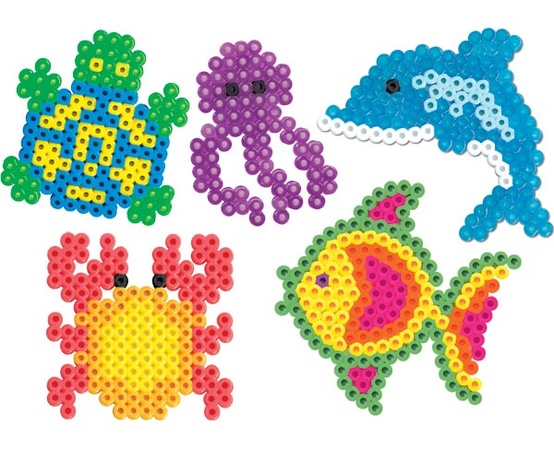 Many of the best things in life are little. Teeny tiny. Itsy bitsy. Teensy weensy. Maybe that’s why we have so many cute phrases to describe small things. It’s because we love them so! And while small things are cute–nay cutesy wootsy, I submit that they are the messiest.

Take Legos, for example. Basement floors can’t get reach their full messy potential without thousands of Legos copiously sprinkled into every nook and cranny. But they are my boys’ favorite toys, hands-down. When the kids were really little, i.e., our pre-Lego days, I used to call out, “Everybody pick up 10 things!” and the playroom would be clean. That number later escalated to 20, then 50, then to 100. And as the Lego sets accumulated, the number began to sound too daunting. You can’t tell a six-year-old to pick up 4,500 things without expecting some hot and heavy tears. Now playroom chores are simply divided into “Lego Duty” and “Non-Lego duty.” You can guess which one they prefer.

If you have girls, Polly Pockets and/or Barbie would be your Lego equivalent with all those teeny tiny, little shoes. But we keep buying Legos year after year because there is something about little things in little hands. They’re transfixed by them. They provide endless hours of fun. Hours! (And they’re not a video game!)

Perler beads are another teensy weensy bucket-o-mess. But we love them nonetheless! If you’re unfamiliar with these beads, they’re the tiny ones you intricately arrange onto a preset shape (included in the kit) and fuse them together with a hot iron to make necklaces, backpack key chains, or Christmas ornaments.

I imagine Perler beads to be the distant cousin to the Shrinky-Dink, but 100X messier. Try as we might to contain them, the beads end up spilling over everywhere and having an 18 month old infatuated with grabbing fistfuls and throwing them willy-nilly does nothing to improve their neatness score. But they provide literal hours of fun for anyone ages 5-10. Yes, again I said hours. Between developing fine motor skills, extending attention spans and tapping upon their boundless creativity, I’m willing to sweep the kitchen every 15 minutes on the days we pull them out, what of it. They’re that great.

Babies can be messy too. I’ll give a nod to the dirty diaper factor and to anyone who thought owning a Diaper Genie was a good idea. (Guilty. First child.) But at least diapers are mostly contained. Spit-up is definitely the looser of the two cannons–I think the right shoulder of every single nice blouse I own has a weird stain on it. But the messiest part of a baby is the fact she detains, indefinitely, the maid of the house. When I have a baby, I can’t get a thing done because I’m so busy holding the teensiest, most darling bundle in all the world. I can’t help it. I’m transfixed.

I once saw a slogan which read, “Cleaning up while the kids are young is like shoveling the driveway while it’s still snowing.” Yes, “What are young children?” would be the correct response if the Jeopardy answer were, “the tiniest little mess makers of all.” But like all things little, I can’t seem to get enough. They’re just so cutesy-wootsy.

An extra once over with the vacuum or a sweep of my broom, or even having to help pick up an extra 4,500 things is a screaming deal when it means I get to play with all these teeny little people all day long. It’s hours of fun everyday! Hours!

And if I gave them each their very own teeny tiny, itsy bitsy, teensy weensy little broom, mop, and scouring pad…