When I mention “FARMS” or the “Maxwell Institute” to a typical Latter-day Saint I am usually met with a blank stare. Sometimes recognition will flash across their face, but they can rarely explain what these organizations are and, most importantly, what they have taught us over the last 30 years. FARMS (the Foundation for Ancient Research and Mormon Studies) began in 1979 and eventually became a part of the Neal A. Maxwell Institute for Religious Scholarship at BYU. At 27 I consider myself very lucky that I grew up with these organizations and I credit them for many of my gospel-related research interests.

Having grown up in the church, some of my most exciting memories are the moments when parts of the Book of Mormon came alive, jumped out of the translucent pages, and became . . . possible. I mean really possible. Of course I was always taught that the Book of Mormon is a historical text, a real record of the past, but, for me, that knowledge didn’t ever bring the stories to life. I have always loved history. I studied it in school and in my spare time. I poured over images of pyramids and temple ruins and spent hours at museums inspecting ancient artifacts up close. It was, and still is, fascinating. And the cognitive leap between ancient stories and dusty ruins was easy. It made sense. “This,” I thought to myself, “is history.”

It wasn’t until I got my first taste of FARMS research that I could finally pinpoint what had been missing in my gospel experience. What had been missing was not irrefutable “proof” of the Book of Mormon’s historicity-I do not think this is necessary, nor do I think it will ever be found-but, rather, the opening up of possibilities.

Learning about men and women working to uncover Book of Mormon settings to lend academic plausibility to the Book of Mormon breathed new life into my scripture study: I was inspired by Benjamin Cluff’s adventures through Mesoamerica in search of Book of Mormon cities, and Devere Baker’s raft expeditions, where he set out to prove that long ocean voyages by primitive craft are possible. Then there was Ross Christensen who identified the place name “Nahom” on an ancient map. This led to the discovery of ancient altars and “the first actual archaeological evidence for the historicity of the Book of Mormon.”[1] I am especially grateful for John Sorenson’s influential model for Book of Mormon geography and the discovery of the first place on the Arabian coastline that meets all of the requirements for the Land Bountiful, as described by Nephi. The list could go on.

Most people find that visiting Martin’s Cove or Nauvoo gives them a greater respect for the pioneers, and that a day spent at the Smith homestead in Palmyra helps them more completely visualize Joseph Smith’s childhood and upbringing (and, by extension, the events described in the Doctrine and Covenants). In this same way, I have experienced that by walking the dusty streets of Jerusalem and Bethlehem and contemplating the atonement in the Garden of Gethsemane I have come to know Christ just a fraction better. After trekking through the jungles of Southern Mexico and marveling at the number of overgrown, unexcavated stone temples I can visualize the populous cities described in the Book of Mormon with more authenticity. When standing on the beach at KhorKharfot in Oman, the place where Nephi may have lived and built a ship, I feel as though I know Nephi better. I more fully understand his trials in the wilderness and appreciate what a truly incredible feat it was for him and his family to build a ship, set forth into the ocean, and sail to a new land.

Of course, this sort of research should not, indeed it cannot, replace or devalue faith and personal revelation as the most powerful and ultimate witnesses of the Book of Mormon’s authenticity. In fact, many people believe that this sort of scholarship is unnecessary or peripheral at best. And it is true that you do not need to visit the Holy Land, or Central America, or Arabia to know Christ or Nephi, or to understand the Book of Mormon.

But there are many people, people like me, who find this type of research tremendously valuable. Book of Mormon scholarship enhances my gospel study, opens up new meaning, and adds context and depth that wasn’t there before. With the majority of my life still ahead of me I hope to enjoy many more decades full of interesting research, books, and publications. I look forward to new insights and details that will help me contextualize the Book of Mormon and find personal truth. Yet until last week, I was concerned about the future of Book of Mormon studies covering the entire spectrum of scholarship.

When the Maxwell Institute at BYU (which included FARMS) further redefined its direction last month, I wondered if it signified the end for research related to Book of Mormon geography and archaeology.

Thankfully, my uncertainty did not last long.

Two weeks ago a new journal was announced: Interpreter: A Journal of Mormon Scripture. With Dan Peterson as the General Editor, the editorial board reads like a who’s who of FARMS. The journal’s goal is to “increase understanding of scripture through careful scholarly investigation and analysis of the insights provided by a wide range of ancillary disciplines, including language, history, archaeology, literature, culture, ethnohistory, art, geography, law, politics, philosophy, etc.” It is intended for scholars and lay members of the church alike, and it can be downloaded and read for free at www.mormoninterpreter.com.

I, for one, am grateful for this new venture, and I look forward to a new wave of insightful Book of Mormon scholarship. 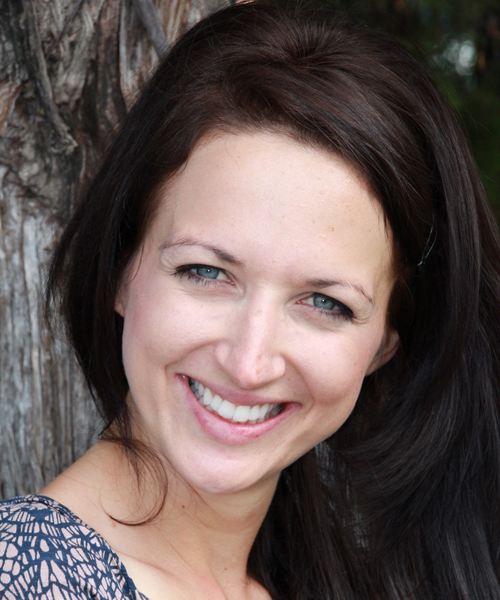 Leah Aston has traveled for most of her life, living on three continents and visiting 41 countries to date. She has a BA and MA from Brigham Young University (BYU), and she currently resides in Provo, UT with her husband.

As the old organizations were being taken over by those who are ashamed of having partaken of the Fruit of the Tree Life, these unashamed folks started a new organization, where they are free to stand firm before the mocking and pointing fingers of those in the great and spacious building.