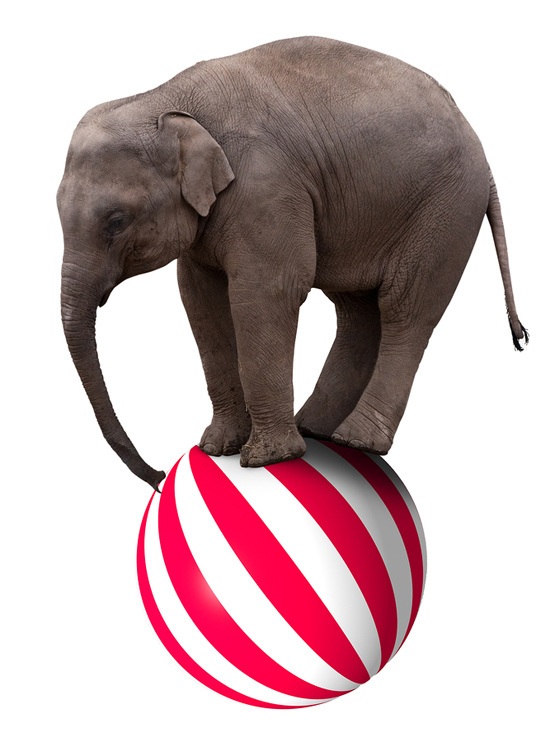 What inspired you to write a book about leadership and change?

Leadership and change are universal issues that affect everyone, including most of the world’s people who do not have title or position. Even self-development is about leadership. The individual is “leading” himself, hopefully toward improved performance and better outcomes.

Change is also a constant. Life itself is about change. Like it or not, every single day involves change and transition. Some of the change comes from environmental influences like society, governments, and cultures. Other changes we initiate ourselves. Either way, we live in a moment of history where change is so fast-paced that we begin to see the present only when it is already disappearing. Make no mistake: change is not going away. The better we’re able to manage it, the more likely we are to increase the benefit and mitigate the risk.

Now, with that philosophical underpinning, I’ll respond more directly. I’ve been interested in leadership and change issues for more than 50 years. I was a student leader in high school and as a university undergraduate. I took classes in human behavior issues. Leadership and change were always at the forefront of those studies. Early in my career I was a journalist. I covered politics, business, and religion. One of my editors was Jim Lehrer, later of public television fame, who taught me how to connect the dots between what people aspire to and what they actually accomplish. That’s about leadership and change.

My church experience has also involved leadership and change. My service as bishop (twice) and as stake president clearly involved leadership. But it also involved change. So does my service as a gospel doctrine teacher and as a temple ordinance worker. In the church we’re always trying to help each other do better and be better. The gospel itself is about continuous improvement, not maintaining the status quo.

In your new book you talk about engaging people’s heads, hearts, and hopes. What does that mean?

First, let’s define engagement. In my Change-friendly context I use the concept of engagement to mean the harnessing of people’s energy, ingenuity, and allegiance to their work roles. In my view, a person is “engaged” when he feels positive emotions toward his work, when he regards his work as personally meaningful, when he considers his workload to be manageable, and when he has positive expectations (hope) about the future of his efforts.

I believe the most productive focus is to help people catch the vision of what they can achieve, then teach them how to achieve it, coupled with an understanding of why it’s worth achieving. That’s what I mean by engaging their heads, hearts, and hopes.

Why do people tend to resist change?

It’s not so much that people resist change per se. What they often resist is the stress associated with change. Even a positive change can produce stress. Just ask anyone who’s planned a wedding.

If the change you’re promoting fails, it may have nothing to do with the relative merits of your ideas. Your change may fail because you mishandle resistance. Change never occurs in a vacuum. Neither does resistance. Both occur in the context of real people struggling with real (or imagined) consequences. The better you understand that context, the better able you are to behave and lead in a Change-friendly way. Don’t make just a business case or organizational case for the change you advocate. Also make a good psychological case (and in the instance of Church service, a good spiritual case) for the change.

Is resistance always a bad thing?

No. Some people regard resistance as inherently negative, a noxious intruder that needs to be smothered into silence. In reality, resistance is not necessarily a sign of disloyalty or of “not being a team player.” Resistance can actually be a gift because change cannot be improved upon without it. Just as an airplane takes advantage of wind currents (including headwinds), so is tension the energy that propels every change effort. Rather than automatically fighting against resistance, we should learn to recognize it, respect the source, and see how we can benefit from it. And remember that unexpressed feelings never die, they just come back later in uglier ways.

A common characteristic of great leaders is that they welcome feedback, including – and often, especially – viewpoints that are different from their own. When someone disagrees with them they don’t launch into a rebuttal. They may say something like, “Terrific. You see it differently. Help me understand your perspective.” People appreciate being heard, and they certainly appreciate being respected. It’s not unusual to see an early resister become one of a change effort’s most vocal advocates.

You tell stories about “naming and taming” elephants. What’s that all about?

A critical skill for an effective leader (or follower) is the ability to talk openly and honestly about uncomfortable topics. Because people like to avoid discomfort, it’s often tempting to allow some topics to remain unaddressed. It’s sort of like leaving a splinter in your finger even though logic tells you the temporary pain of digging it out is not nearly as bad as the likely infection from leaving it in.

Most of us have been in situations where there’s a relevant issue that nobody seems willing to talk about. We might even say to ourselves, “There’s an elephant in this room, and I sure wish someone else would tame that animal.” Well, to tame an elephant – an “undiscussable” – you must first acknowledge its existence.

A natural consequence of undiscussables in a culture is that fresh viewpoints get deflected, or even smothered. That’s contrary to the whole purpose of dialogue, and it’s dangerous for any organization interested in vitality and achievement.

Change-friendly leaders understand the difference between implicit and explicit communications. The elephant – an undiscussable subject – is implicit. It’s latent, tacit, undeclared, unexpressed.People talk around the elephant without acknowledging that it’s in the room and affecting everything that’s going on.

But until the elephant’s presence is made explicit – plain, clear, straightforward, obvious – the quality of true dialogue is limited. Naming and taming the elephant is a metaphor for making implicit issues explicit.

Taming elephants is a three-part process.

First, identify the elephant. A Chinese proverb says that the beginning of wisdom is to call things by their right names. Although you always want to be respectful, identifying the elephant is not the time to mince words. Call the elephant what it is. I had a client (the chief executive of a global company) who sometimes berated his colleagues into submission if they failed to cheer for one of his ideas. Referring to his approach as merely “tough minded” would have missed the mark and might even have been regarded as a compliment. I told him he was widely viewed as a bully and that his style was having the unintended consequence of shutting down the very kind of straight talk he said he expected of his people.

Second, uncover the underlying assumptions that people have about the elephant. In a spirit of genuine curiosity and discovery, talk openly about your view of the “elephant” and invite the other dialogue participants to share their perspectives. You will be enlightened, and possibly even surprised, by the ways people have constructed their versions of “reality.”

Third make it safe to talk openly about the elephant. People are wary of elephants because they don’t want to get stomped on. Good dialogue skills like listening with empathy and inquiring to discover (rather than to rebut) can help create an atmosphere of acceptance so people can deal openly with their concerns.

Do the principles you talk about in your book apply to families as well as to a business environment?

Absolutely! The family is the ultimate organization, with many of the same dynamics you’ll see in a work environment. The idea of elephants – undiscussables – is a good example. Many families have issues that need to be discussed openly and honestly, but the topics are avoided because they’re uncomfortable. Then chronic situations can become acute.

Children should be taught that it’s safe to engage their parents in any conversation about any issue. Parents should develop the skills of being firm, fair, and friendly. By that, I mean parents should personally model righteous principles and behaviors, be fair and loving in fostering discipleship to those principles and practices, and be kind and friendly in their family leadership. Family life is the most important laboratory we have on earth. We can learn from great examples, but parenting is by and large an on-the-job-training kind of deal. The gospel provides the framework.

That kind of clarity works for any leader in any environment. It’s the way to transform good intentions into great performance.

Change-friendly Leadership is available on Amazon.

Rodger Dean Duncan is a descendant of 19th century Baptist evangelists and a convert to The Church of Jesus Christ of Latter-day Saints. He has served as bishop of two wards, as a stake president, and as a stake mission president. He served on the Advisory Council that first recommended that “Another Testament of Jesus Christ” be added as a subtitle to The Book of Mormon. Brother Duncan earned a PhD in organizational behavior at Purdue University, and is a consultant to major corporations around the world. He and his wife live in Liberty, Missouri.

Brother Duncan is co-author of Leadership for Saints, a book enjoyed by Church members around the globe. His latest book (aimed at a broader audience) is Change-friendly Leadership: How to Transform Good Intentions into Great Performance. He sat down for an interview with Meridian. 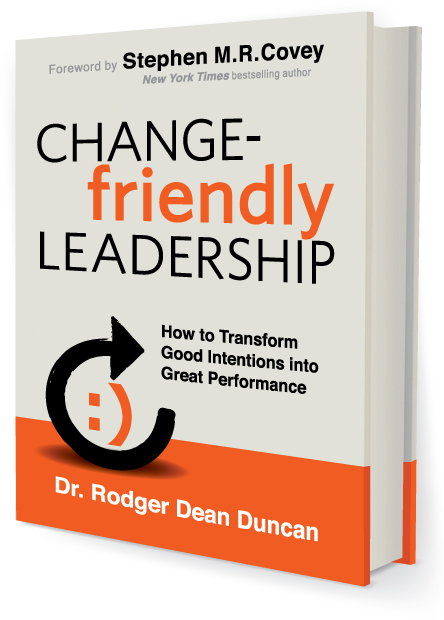