Praiseworthy Media: Airborne Creed is a Worthy Follow-Up to Saints and Soldiers 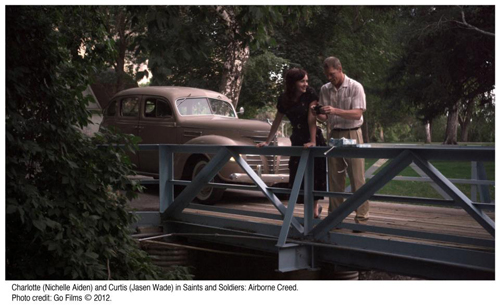 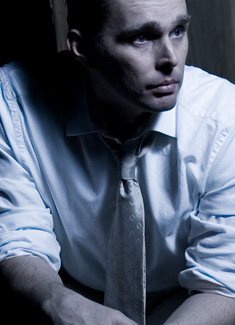 For much of its 90 minute running time, Saints and Soldiers: Airborne Creed is a ponderous character study with seemingly little narrative thrust. It is gorgeously shot, recreates the WWII era in great detail, and the acting is terrific, but even with tense moments, a daring rescue, and some welcome humor, one wonders for a time whether the story is actually going anywhere. It is only in the third act that the various threads come together, and one realizes that director Ryan Little, along with screenwriters Lamont Gray and Lincoln Hoppe, has quietly been planting seeds along the way that later bear unexpected fruit. This is a film that invests its audience in its characters before delivering a powerful emotional wallop. 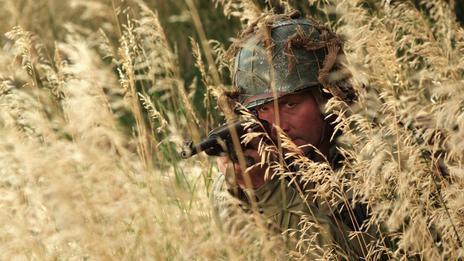 Airborne Creed is not a direct sequel to the original Saints and Soldiers. It has none of the same characters nor does it continue the story. It does, however, explore human capacity for mercy and integrity in times of great depravity, as the first one did. It likewise allows characters, both religious and not, to display wonderful humanity. Curiously, the person of faith in this film is not vaguely defined as a Latter-day Saint, as in the previous film. Here, he’s the product of an interfaith family (Catholic and Baptist) whose devotion to Christ and to freedom leads him to the battlefield. David Nibley (The Best Two Years) plays this Christian as devout but relatable. As a courageous everyman whose heart is back home, Jason Wade (who starred in last year’s excellent 17 Miracles) continues to impress. Virginie Fourtina Anderson and Lincoln Hoppe, as a female sharpshooter and a Nazi officer respectively, also do fine work. Nichelle Aiden leaves a gentle and sweet impression with limited screen time as Wade’s sweetheart. 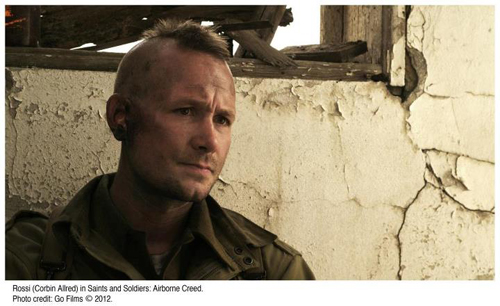 The biggest gamble is in casting Corbin Allred again, albeit in a radically different role, seeing as he left such an indelible impression in the first film with his excellent performance as Deacon, the Mormon sniper. The gamble pays off, however, as Allred successfully distances himself from the previous character (even if it takes some getting used to). By the time the credits rolled, I had to agree that he was the best actor for the part. 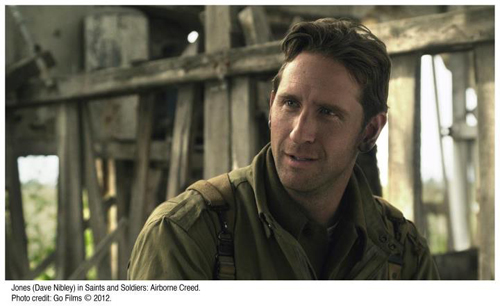 Providing solid action on a small budget, Little continues to do more with less (and yes, that was fun to write). Though battles, explosions, and an impressive fight scene are sprinkled throughout, the moment that’ll stay with you the most is a quiet conversation towards the end of the film. Heartbreaking and beautifully written, it is perhaps the best-acted scene I’ve seen this year and one that ought to provoke much thought. Saints and Soldiers: Airborne Creed is in many ways a subtler work than its predecessor. It’s not as action-driven and its pace is more reflective, which may frustrate some. That said, thoughtful audiences will find much to appreciate and be inspired by here.

CONTENT OVERVIEW– Saints and Soldiers: Airborne Creed is rated PG-13. It has some war violence, including a brutal fistfight and multiple shootings. There is some mild language. 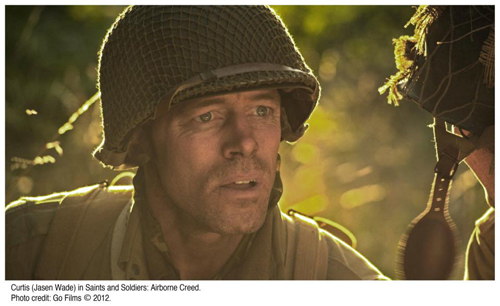 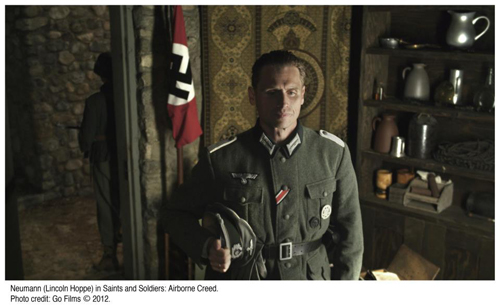 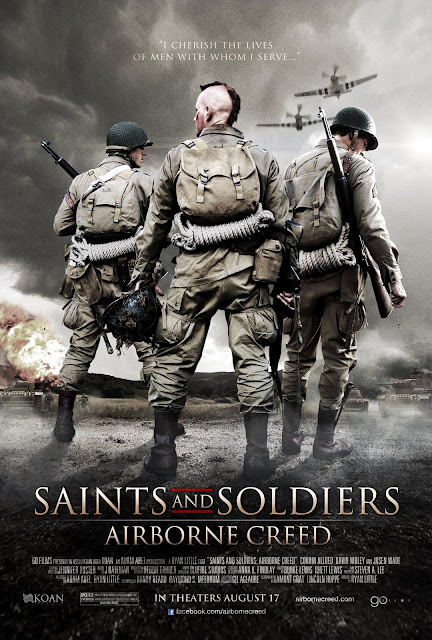 FOR MORE REVIEWS BY THIS AUTHOR, PLEASE VISIT www.mormonmovieguy.com