Not Just a Romance, "Twitterpated" by Melanie Jacobson | Meridian Magazine

Not Just a Romance, “Twitterpated” by Melanie Jacobson 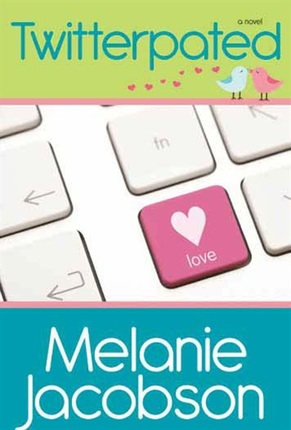 Those who are familiar with Melanie Jacobson’s novels know her earlier books were written with a young adult audience in mind. Her recent book Twitterpated is still for a young audience; teens and twenty-somethings, but it has a broader appeal for a more mature audience as well. Jessie and Sandy are roommates and both work for a large company in Seattle. Sandy is in HR and Jessie is the manager of a statistical analysis team. Both are college graduates with successful careers who still dream of marriage and children, but aren’t doing anything to further this goal and have given up on the few men they’ve met through the local church singles groups. Sandy lives LDS church standards, but doesn’t go to church. She seems to be looking for romance in all the wrong places. Jessie attends church every week and teaches a Primary class, but she still has hang ups from a long time relationship that didn’t end well. She shies away from letting any man get close again.

The story opens with a fight between the roommates because Sandy enrolled Jessie in an online dating service. Eventually Jessie becomes interested in Ben whom she meets through the dating service, but only as a friend she assures herself. Ben however wants more from their relationship. Jessie is distracted by her commitment to her work and her habit of working long hours. She’s also involved in a fierce competition with another manager. She faces a number of difficult struggles to come to terms with being dumped by a guy she dated for four years and waited for while he served a two year mission and she needs to understand her reasons for burying herself in her work, her extreme competitiveness, and most of all determine what she really wants out of life. Ben also has some issues such as already having a relationship that slowly petered out because his fianc was more involved with her career than with actually setting a date for their marriage. He is highly goal oriented and needs to learn that Jessie is not always going to be on the same time wave length he is.

Sandy has problems she needs to deal with too, but I suspect that will be the subject of another book.

Jacobson handles dialogue well. Her characters speak like twenty-somethings, use iPhones, and the internet is part of their lives and their vocabulary. She handles this in a manner that is realistic, but not obnoxious to less tech-savvy readers. Much of the dialogue and many scenes in the book are funny. The main characters are drawn well and they grow with the story. Minor characters; parents, work colleagues, etc. are more stereotypical.

Being a romance, it would be easy to dismiss plot development as the typical boy meets girl, obstacles arise, they work them out, discover they’re madly in love, then live happily ever after, but there is also a deeper plot that runs alongside the fun, all-ends-well romance. Jacobson reveals greater depth to her main character Jessie’s personal growth and provides a satisfying study in determining values and goals, then prioritizing those discoveries.

Jacobson was raised in Louisiana, graduated from Brigham Young University, and after a career in fashion retail embarked on internet dating where she met her husband. They live in California now and are the parents of three children.