Missionary Moment: The Man at the Door Converted My Mother 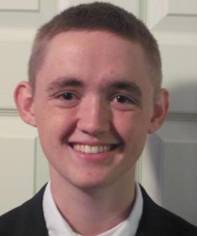 I had an awesome experience I wanted to share. It was about 5 o’ clock on Friday and we had just gotten home and changed into some service clothes to go help out an investigator with some yard work when we heard a knock on the door (weird for missionaries to be on the other side of the door).

It was a man in a button-up shirt and tie, so our first thought was that he was a salesperson (a bit ironic because that’s what everyone assumes about us too). But we answered the door and he said, “Hi Elders!”  We got to talking to him and asked if he was a member because he seemed pretty familiar with missionaries. He told us his name was President Williams and that he was in the mission presidency in the next mission across town. It wasn’t a name that sounded familiar by any means but he then asked us if he could tell us a story from his mission and we, of course, said sure.

He said he had served in the late 80’s and was GQ’ing (asking people “Golden Questions”) at a restaurant with his companion. They didn’t have a lot of luck but he felt very strongly impressed that he should speak with the girl behind the cash register about the gospel and give her a Book of Mormon. So he approached her and she was interested and said that they could come over and teach her sometime.

Unfortunately, he was soon transferred out of the area. He later heard that she had been baptized–always an awesome thing for a missionary to hear! He finished up his mission and went back to BYU in Provo. About a year later he received a wedding invitation in the mail. The girl from the restaurant was getting married in the Salt Lake Temple to his former companion!

He attended their wedding and all was well. About 20 years later, he was called to serve as a counselor in the Mission Presidency. A little bit into his term he discovered that this same girl’s son was serving a mission in the metro area. He wanted to go meet him.

He then told us that the girl he gave the Book of Mormon to in the restaurant was my mom, Julie Gronning! The guy she married was his former missionary companion and my dad, Mike Gronning!

How crazy awesome is that?

We talked for a little while and I made sure to let him know that he had changed my life and the lives of my family forever because he listened to and acted upon the promptings the spirit gave him. It was an amazing experience.

President Williams then showed me some pictures of when he and my dad served as companions together in the mission field. He told me that my dad was a great missionary.  It was so awesome!

It really strengthened my testimony that the spirit prompts us to do things that may seem small at the time but can change the lives of others forever, and bless their families for generations. It also strengthened my testimony that the Lord calls us to serve in certain places.  Had I never been called here I don’t know if I would have ever been able to meet President Williams and give him thanks for the happiness he’s brought to my family through his service. It was truly an experience I’ll remember forever.