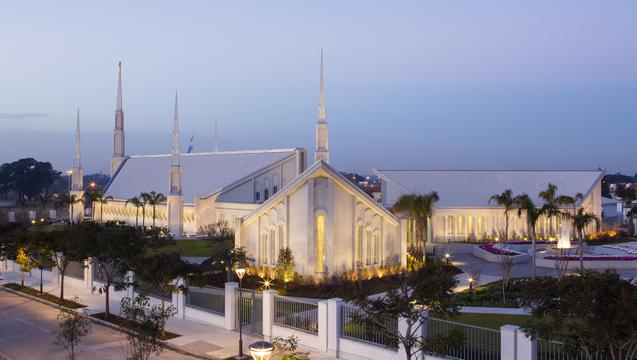 The Buenos Aires Argentina Temple is open for public tours.

The public is invited to visit the temple during an open house from Saturday, 4 August 2012, through Saturday, 25 August 2012, excluding Sundays. The temple will be formally rededicated on Sunday, 9 September 2012, in three sessions. The rededicatory sessions will be broadcast to all stakes and districts in Argentina.

In conjunction with the rededication of the temple, there will also be a cultural celebration featuring music and dance on Saturday, 8 September 2012.

When originally completed the Buenos Aires Temple was the 39th temple completed world-wide and the fourth in South America. Upon its rededication, it will again take its place among 138 temples operating throughout the world today. There are an additional two dozen temples announced or under construction, including another Argentine temple in Cordoba, announced in 2008.

An additional building was completed adjacent to the temple to provide housing for temple leadership.