Are You One of the STPs? | Meridian Magazine

Are You One of the STPs? 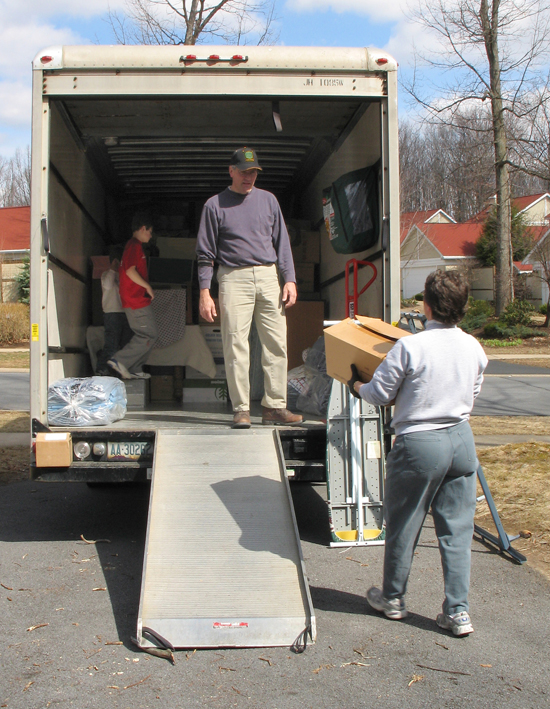 A darling sister in my ward has an expression. She says that most endeavors in any ward are done by the Same Ten People-the STPs. And, sure enough, whenever chairs need to be set up for an activity, or meals need to be brought for a funeral, or mulch needs to be spread at a local park, the same ten people seem to materialize, ready to work. We hear of this happening in the workplace-in fact, in every place-and it’s called the Pareto Principle, or the 80/20 rule, where 80 per cent of the work is done by 20 per cent of the people.

What accounts for this phenomenon? I don’t mean the fact that only a handful of people are reliable-we’ve seen this for generations in schools, offices, armies, in every setting under the sun. What I mean is that no matter how ward boundaries are drawn, there is always the same ratio, the same sprinkling of stalwarts mixed in with the flakes. I am not aware of a single ward where every person shirks his duty, nor a single ward where every member does his best.

Why can’t there be wards where everyone just happens to pay their tithing, do their home teaching, and volunteer to help in the nursery? Why can’t there be completely obedient wards who are friendly to all visitors, eager to accept callings, and who never gossip or let their duties slide? Surely the mathematic odds of this are that at least one ward, somewhere on the planet, would be ninety or a hundred per cent awesome (and we can’t count a ward artificially stacked with senior missionaries at the MTC; I’m talking about regular neighborhood wards). I asked one of my kids what he thought about this and he said, “Well, maybe there is one. Have you checked Africa?”

Likewise, why isn’t there a ward somewhere, where every person is an unreliable sloth, iffy in their testimony and lazy in their bones? But no, the STPs will still always show up to bring cookies, clean buildings, and organize campouts.

You may be thinking, “Okay, nobody is totally perfect in all areas, or flawless in every regard, so of course there will be a mixture.” Yes. We are definitely imperfect mortals. But, still, amidst that imperfection, you still find the same per cent of strivers and the same per cent of quitters. Why can’t we all be imperfect strivers? If we, by pure chance, had a ward filled with hard workers, would the more marginal ones fall away and bounce onto the bishop’s Action List? Would they suddenly become semi-active after comparing themselves to even more dedicated go-getters? Would their personalities change from workers into slackers? That’s hard to believe.

Likewise, if you had a cluster of nothing but Jack Mormons, would a few of them straighten up and recommit to the gospel, just to even out the percentages? That’s even harder to believe.

Hence, one theory. Now, if you’ve written a sociology thesis on this, and you have the definitive explanation, by all means enlighten the rest of us. But this is what I surmise after pondering this phenomenon.

Picture the bell curve I like to use to illustrate so many points. That center section with the big hump is where all the average people, the mediumly-committed people, to coin a crazy word, are gathered. On the far left are the openly rebellious who wouldn’t show up if you paid them, and on the far right are the devoted temple-goers who have pledged to serve the Lord at all hazards and can’t be offended or argued out of their testimonies.

It’s that middle group that affects this worldwide condition. These are the people for whom perception is a great motivator. If they perceive that they are legitimately needed, even though a tad lazy, they will step up to the plate and serve. Likewise, if they see that stalwarts seem to have everything under control, they’ll back off and let the more enthusiastic charge ahead.

My ward is adjacent to one of those bloated wards long overdue for division. It has so many members that people complain they’re invisible there, haven’t had a calling in years, and I pity the bishop at Tithing Settlement time. It’s simply too large a ward to make everyone feel special. And so a certain percentage of people slack off and stop coming. No one needs them; nothing will change if they sleep in, etc.   They flip on the cruise control and slide into that middle section of the bell curve.

If they lived in another ward, one with a desperate need for a Scout Leader, a Primary teacher, whatever, chances are these same people would feel special again and come back. Or if you could gerrymander the boundaries to even out the number of strong leaders and create gaps that need filling, their commitment level might boost them into being one of the STPs.

Ironically, even in the most crowded wards I’ve experienced, there is always a Primary Problem. They’re usually understaffed, but even when they have a teacher assigned to every single classroom, you hit the triple Fs. I call it the Flaky Force Field, and Primary teachers are particularly vulnerable to it. It seems that every week, bar none, somebody (or several somebodies) fail to show up. Kids are bumping around in the hallway and the poor Primary President, ready to pull her hair out, is frantically searching for a substitute because one of her teachers forgot to honor their commitment. They didn’t call, they didn’t get a sub, they simply abandoned their post, pure and simple. Of course they know that if they did this in the workplace they’d be fired, but somehow they justify it at church, because they’ve entered the Flaky Force Field where logic, honor, and punctuality do not exist. Maybe the folks, who feel superfluous in those super crowded wards, could be permanent Primary subs, standing at the ready to rescue our youngsters with a couple of good lessons already prepared and in their pockets. Believe me, they would feel needed and special every single week.

And this, I believe, is the solution. These marginal members need to feel necessary and special. We’ve all heard stories of a member completely reactivated because a caring bishop went over and extended a calling to them. And it wasn’t fake or contrived; that person was genuinely needed, and could tell the bishop was being sincere. When you’re feeling unimportant and suddenly someone needs your opinion or your help, it turns things around.

How many movies have a plot line where there’s a washed up hero who they revive because no one else can do it? He’s the only gunslinger, or spy, or genius, who can save the day. It’s an emergency that requires his particular abilities. And he rises to the call.

Conversely, how many retirees have we watched decline to an early death because they no longer felt needed in the world? Psychologists will tell you that humans need far more than just safety, shelter and food.

They need to feel needed. Maslow’s Heirarchy of Needs lists self esteem, respect, confidence, and achievement, if we are to be mentally healthy.

So maybe we can turn around the 80/20 rule in our wards, by convincing those in the 80 group that their efforts really are essential, and appreciated. If the Same Ten People became the Same Forty People imagine how much lighter the workload would be, how much more social and fun our activities would be, and how much the testimonies would grow for each person who participated.

But it won’t happen without a plan or a design. To do this, there needs to be a loving and personal invitation, a specific assignment, and genuine thanks after a job well done. And every auxiliary can implement this formula. I did it once by inviting several less active sisters to become Visiting Teachers, and ease the workload for women who were assigned too many to visit each month. Our desperation was real and they knew it. So they stepped up and performed beautifully, often with amazing, spiritual results. Sometimes it’s simply a matter of knowing you’re needed and appreciated. What do you say? Let’s reach out to these middle zoners and beat the odds once and for all.