Life-One to a Customer | Meridian Magazine

This is an excerpt from Love’s Banner: Memories of the Life of Elaine Cannon by Holly C. Metcalf.

We are children of God. Each of us is endowed with certain unique personal gifts, a recipient of special gospel blessings…with a vitally important job to do. With all of this going for us, we should marvel at our station in life. Lethargy and despondency should have no place in us. Instead, we should be motivated to reap the fullness of our privileged condition.

As Elaine acknowledged in her book by the same title, “Life does come-just one to a customer.” It was as true for her as anyone, but what a life she had.

In April 1922, the people of Utah were beginning to raise their heads above the devastation of World War I and the worldwide influenza pandemic, which together killed many millions of people. It was then that “a crying, red-faced baby girl gave sharp notice to her parents of her arrival” in Salt Lake City. Born healthy and vigorous, she also had a mop of straight, light-brown hair which a few years later earned her the nickname of “Straw.” According to her mother, Elaine’s large, wide-awake eyes “seemed immediately to survey and evaluate her new surroundings.” 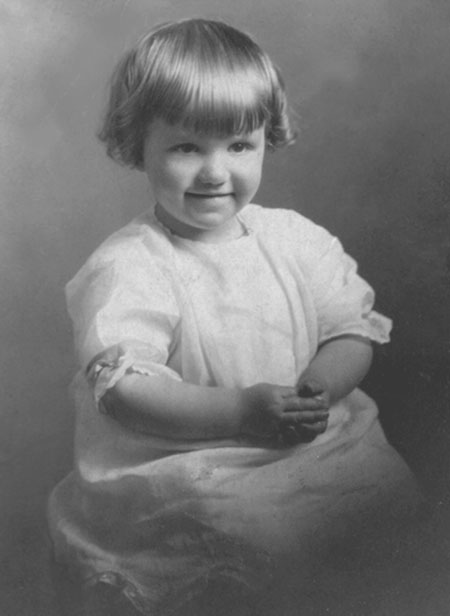 The new baby, the second for Aldon Joseph and Minnie Egan Anderson, was adored, though challenging. For some time she took little interest in food when people were in the room. She could not seem to focus on eating when so many other exciting things were going on. Minnie said, “During waking hours, arms and legs were constantly in motion.” Minnie also noticed her baby’s fascination with people. “To kick, to pull anything within her sight, to have someone always close who was ready to play and laugh with her, gave early evidence of her love for people and her interest in them.”

No lethargy or despondency could be found in Elaine, even from day one. She was endowed, as she declared we all have been, with unique personal gifts and gospel blessings. At an early age she began to discover why they were given.

In Elaine’s words: There are two important days in a woman’s life: the day she is born and the day she finds out why. It did not take her long, after that first important day, to face the second. 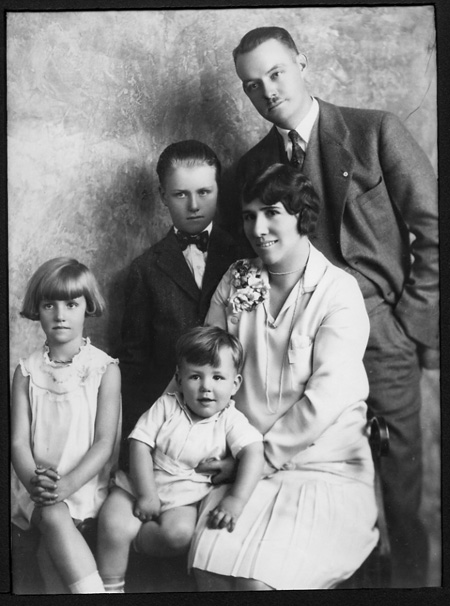 Men to Match our Mountains

Throughout the ages spectacular mountains have inspired writers and philosophers to wish for “men to match our mountains” (as did Irving Stone in his novel on the settlement of the western United States). Elaine was blessed to have men and women in her heritage that fit the bill. Their greatness is part of what Elaine inherited and part of what she passed on to her posterity as she, in turn, matched the mountains that surrounded her from birth.

Elaine believed her ancestors, especially those of “the blessed, honored pioneer,” had done something heroic and noteworthy. Their hard-won battles brought the blessings of heaven within the reach of their offspring. Much like the children of Israel who were given a gift from the labors of others, so were the descendents of the Mormon pioneers blessed. “And I have given you a land for which ye did not labour, and cities which ye built not, and ye dwell in them; of the vineyards and oliveyards which ye planted not do ye eat”(Joshua 24:13). Elaine felt indebted to those who had gone before and wanted her children to feel that same debt of gratitude.

A family history book compiled by Elaine, with help from her children, included a poem that emphasized the reason behind the responsibility:

They cut desire into short lengths,

And fed it to the hungry fires of courage.

Long after, when the flames had died,

Molten gold gleamed in the ashes.

They gathered it into bruised palms,

And handed it to their children

And their children’s children forever.

In family circles, Elaine freely shared stories of her predecessors for the purpose of teaching her children the responsibilities that come from such an heritage. Though the influence of those ancestors upon her is impossible to calculate, it is worth considering. 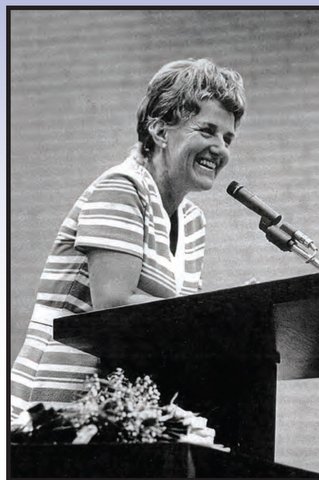 In the last year of her life she spoke to a group of Relief Society sisters in Salt Lake City. Her topic was lessons learned from her much-loved paternal grandmother.

Elise Amalie Holter was born in Norway in 1853 to a well-to-do and noble family. There, as a teenager, she converted to The Church of Jesus Christ of Latter-day Saints. At age eighteen, she came alone to America to gather with the Saints. Leaving behind a beloved family-never to see them again-Elise bravely made her journey.

Not long after arriving in Utah in 1874, Elise received her patriarchal blessing, which offered guidance and solace to the lonely young woman. She must have been strengthened by the promises that declared:

“Listen to the promptings of the monitor within thee… [which] will give thee peace, strength of body and mind, and make thee equal unto every task, for thou art of the Lineage of Ephraim and entitled through obedience to the Gospel to all the blessings gifts and privileges promised to the Saints.”

Life was hard. To be “equal unto every task” must have sustained Elise’s faith and helped her through the difficult adjustments to a new country and language. Later trials included losing, one by one, five infant children. She knew poverty, hardship, and sadly, faced the disintegration of her marriage.

Elaine inherited more than Elise’s wire-rim glasses and the tiny dress worn by this noble woman-she also inherited a measure of her courage and faith. The memory of the sad and lonely life of her grandmother tore at Elaine’s heart-strings. Elaine sometimes wondered: What if her grandmother had not been willing to face such sorrow for the cause of the gospel?  She reasoned, such heroic sacrifice would not be in vain if her posterity lived true to the faith.

Living true to the faith became her life’s quest, and helping others to do so her mission and her life’s work.

Love’s Banner: Memories of the Life of Elaine Cannon by Holly C.Metcalf can be purchased at <a href="https://elainecannon. 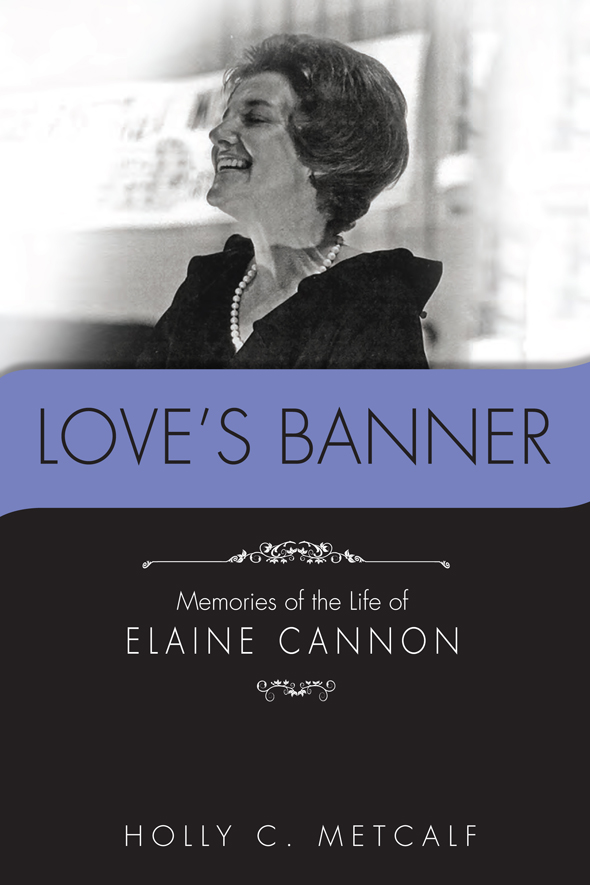