In case you needed yet another summer project, right? But I promise, this one is worth the effort if you have a Lego Fan at your house. Our little home rattles with a whopping four Lego Fans and their accompanying 100,000+ Lego bricks, so this contraption was a life-saver for us.

This is my husband’s ingenious solution to the (dramatic pause) Lego Problem. (Lego connoisseurs know what I’m talking about.) The teeny tiny pieces, the fleetingness of a completed set, the need to dump out the whole tub so you can find that one little yellow hand, the MESS…

So here it is, brought to you by Ikea and that brilliant hubby of mine: 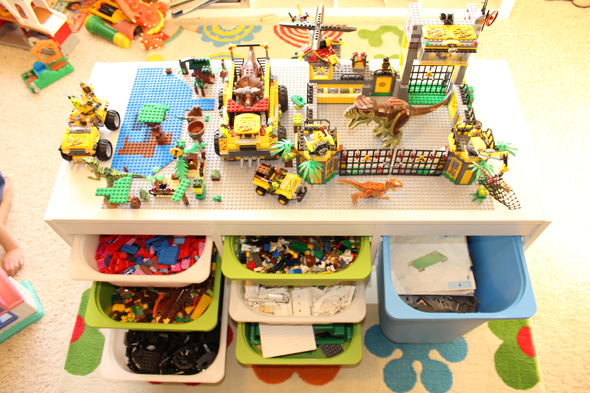 It’s nothing fancy. Just a $39.99 Ikea table with two large Lego base plates super glued to the top. The Legos are sorted by color: a drawer for grey, a drawer for white, black, etc… and my three year old’s favorite drawer–the “guy” drawer: All the Lego mini-figures with their accessories. 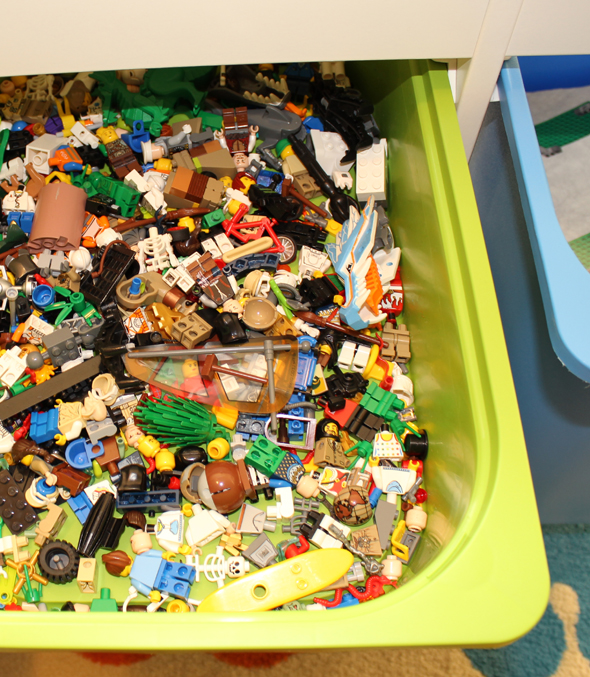 We used two 48 dot X 48 dot gray base plates side by side for the top. We bought them from Lego.com. The glue we used was E-6000 from Michael’s. Little tip: When adhering the two base plates with the glue, affix several Legos down the bridge between the two plates to be sure that when the glue is dry, Legos will snap perfectly between the thin gap.

At only  $39.99, with the drawers a mere few dollars more (the drawers have lids too,) the project is very doable, especially if you already have base plates lying around. Click here for the link. The cool part about the table is that the drawers open from both sides, so several children can build at the same time.

The hardest part about this project is, of course, sorting all the Legos. It took my five year old and me over three hours to sort all 427,839,098 Legos pieces into their corresponding drawers. Okay, I made up that number, but that’s what it felt like. 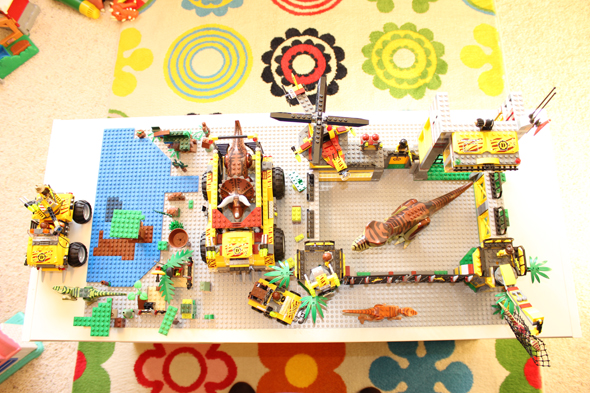 As my husband put together the table, instruction booklet splayed on the floor, allen wrench and 18 volt drill in hand, he remarked,

“Hey, a piece of Ikea furniture is like a Lego set for grown-ups!” 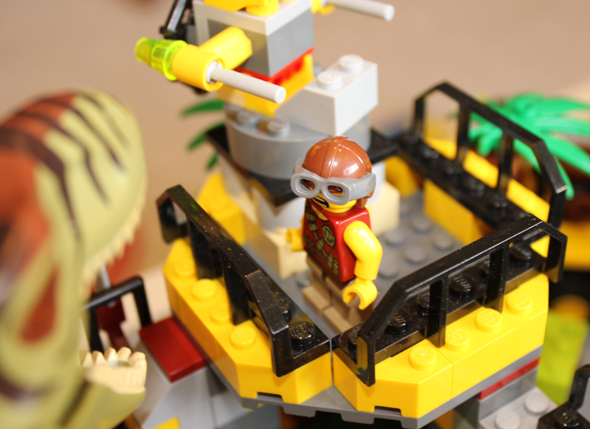 I’ll let you guess which “set” in these pictures was more expensive.