The Kitchen Table: The Faith of My Mother, Mary Cannon Mix | Meridian Magazine

The Kitchen Table: The Faith of My Mother, Mary Cannon Mix

* Taken from the book, Life Lessons from Mothers of Faith, from LDS publisher Covenant Communications. 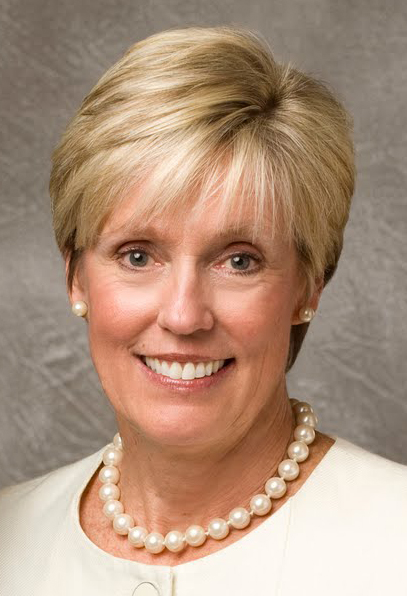 The kitchen table was the spiritual center of my mother’s home, and when our family surrounded it, we drew from our mother’s faith. She did not preach to us. She simply lived her life so we could be taught. She did not demand our presence. Her warmth was an invitation. Her service to our family was not a burden-it was the air she breathed. She was and is not perfect. She is real!

How do I know this? I observed her while I was growing up, and I still observe her today in her ninety-second year. Much of the time with my mother was spent within the walls of our family home. It is a humble home but to her-a castle because it can compare to the sacredness of the temple. Each member of our family feels it when we walk through the front door. The Spirit draws us to her-then we gather at the kitchen table.

As a child, it was at the kitchen table that we ate and digested not only food but also conversation. The events of our day became her focus.

It was on the kitchen table that the fresh sheets and towels, just taken from the clothesline, were piled before they were folded and put away. It was around the kitchen table that we girls would sit while Mom would give us a perm or roll our hair in curlers while we talked and shared intimacies about our lives. Every prom dress began on the kitchen table. The fabric was laid out, and the pattern was pinned on. Sometimes the process went late into the night.

It was at the kitchen table that Mom would prepare the lessons for her current Church calling. Her scriptures and books lay piled open before her as she marked the thoughts she wanted to remember. That same table, each school night, became “homework central” for all of us children.

It was at the kitchen table that we carved pumpkins, dyed Easter eggs, and served Christmas dinner-and there were always dimes and nickels wrapped in foil within the birthday cakes, hidden for the lucky guests.

It was at the kitchen table that Mom would sit to pay the bills. From the way she would hold her head in her hands, one could tell the financial strain of that month. With never a word of complaint, she would close the checkbook and return to her duties of the day.

It was at the kitchen table that, as a child, I let a bad word slip; I was immediately marched to the bathroom, where my mouth was washed out with soap.

It was at the kitchen table that neighbors would come to visit and relatives would gather. Daily conversations would consistently occur and laughter could be heard throughout the whole house.

Yet, it was also at the kitchen table that life-changing conversations would occur, like the conversation with the hospice nurse when Dad was dying from cancer. Then the voices were tender and quiet, yet her faith was resilient. The table provided a physical support.

Now, years later, she spends much of her day sitting near the window at the kitchen table. When the front door opens and friends and family come in, they all head for the kitchen table. It has been a popular place for grandchildren to bring their dates, knowing full well that Grandma would entertain them. “Now you come in here and let’s just see what we can find to eat,” she always said as she opened the refrigerator.

Rob, a grandson, still remembers bringing his date to Grandma’s home. She was in such a hurry to answer the door that she forgot to button her skirt, and while she was searching through the cupboards, her skirt fell to the floor. There she was, standing in her slip. Grandma laughed the hardest that day.

It is said that “the Israelites were forbidden to build an altar except in the place where God should choose to put His name” (Bible Dictionary). The kitchen table in our home is such a place. Although the table is but a physical object, it is the Spirit in my mother’s heart that makes it sacred.

For years, it was there, at the kitchen table, that I felt the love of the Savior through the life and the faith of my mother.

Rosemary M. Wixom was born in Ogden in December 1948 to Robert W. and Mary Cannon Mix. She was reared in Salt Lake, attended Utah State University, and graduated in elementary education. She married Jack Wixom in 1970.

She has served as a Primary general board member, stake Young Women president, stake Primary president, Lambda Delta Sigma adviser at the institute adjacent to the University of Utah, and served with her husband while he presided over the Washington DC South Mission from 2006-2009.

She and her husband are the parents of six children and have six grandchildren. She loves her kids and adores her grandchildren and considers Sunday family dinners the highlight of her week.