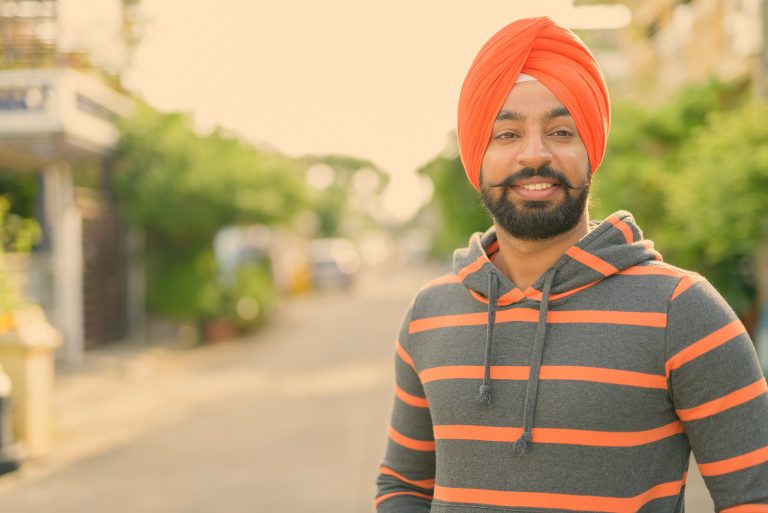 This article was written by Cristina Cevallos.

As states around the U.S. begin their legislative sessions, it’s important to review some of the concepts of religious liberty in the law. There will likely be some legislative battles related to religious liberty, but we should be optimistic about the future of religious freedom, for both individuals and religious institutions, and prepare to lend our support to the voices that cherish this foundational freedom.

Understanding some of the challenges to religious freedom

Iknoor Singh, a Hofstra University student, always wanted to participate in his university’s US Army ROTC program. However, he wasn’t allowed to join with the turban, beard, and long hair required by his Sikh faith. In 2015 a US District judge ruled in favor of Singh saying that the Army had no good reason to apply this requirement since it gave nearly 100,000 soldiers exemptions from its beard ban for medical reasons and because Special Forces Operators commonly wear beards on the front lines all over the world. On January 4, 2017, the Army issued new regulations stating that Sikh soldiers will not be forced to abandon their religious turbans, unshorn hair, or beards throughout their military career.

At the same time, Masood Syed, a Muslim police officer and law clerk, filed a federal class-action lawsuit against the New York Police Department over its no-beard policy. Syed said he was stripped of his gun and badge after refusing to comply with an order to shave his beard. He assured that the Koran and the Hadith — Islamic religious books — required him to wear a beard as a symbol of his identity and as a practice of emulating the prophet Muhammad. His interests were taken into account and, in 2016, the NYPD stated that officers can now maintain a beard up to a half-inch long with the approval of the NYPD deputy commissioner of Equal Employment Opportunity. They can also wear a turban in place of the traditional police cap, so long as it is navy blue, the hat shield is affixed to it, and hair is tucked inside. This allows Sikh officers to wear the turban and Jews and Muslims their yarmulkes and hijabs.

One year before, Dan Mast and Emanuel Miller, members of the Old Order Swartzentruber Amish, filed a lawsuit in 2016 against the city of Auburn over a law that required all large animals to wear diapers to catch their waste before it lands on the street. Auburn Mayor Mike Hughes claimed that it was a response to residents that complained about the unbearable smell, safety hazard and children slipping in horse manure while crossing the street. Plaintiffs said that their church bans horses from using diapers and that the law was intended to target their community. However, a few years later, they dismissed the lawsuit because the Amish community was troubled by the amount of publicity they were receiving.

What do these cases have in common? In all of them, there is a conflict between religious mandates and government interests. Imagine having to resolve them without any tools to find a solution, how would you do it? This lack of guidance to achieve adequate protection of religious freedom led to the Supreme Court’s ruling Employment Division v. Smith in 1990. At that time, it was decided that a state could deny unemployment benefits to a person fired for violating a prohibition on the use of peyote even though its use was part of a religious ritual. Consequently, a coalition of groups came together to urge Congress to pass a law restoring protections for free exercise claims. As a result, the  Religious Freedom Restoration Act (RFRA) was passed in 1993 unanimously by the House, 97-3 by the Senate, and signed by President Bill Clinton.

However, a few years later, it was held in City of Boerne v. Flores that this law did not apply to state and local government action, but only to a federal level. Since then, state RFRAs have been needed to protect religious freedom in the U.S. Although state RFRAs come in different forms and are not necessarily identical to the federal law, all of them seek to prevent the government from interfering with religious activity except in cases where there’s no other way to achieve important public policy goals. In 2021, Montana became the 21st state to enact this type of legal protection.

At first, Religious Freedom Restoration Acts (RFRAs) largely enjoyed bipartisan support because they were seen to offer needed protections to members of minority faiths. But consensus didn’t last and they have become very controversial being constantly under attack.

In 2014, a RFRA bill in Arizona faced such intense national pushback that the Republican governor vetoed it. The next year, Indiana Gov. Mike Pence faced an even stronger backlash, which led the legislature to update its newly passed RFRA law to limit its application. In Montana, the bill led dozens of people to protest outside the State Capitol, and prompted more than 250 companies, including Molson Coors Beverage Co., Altria Group, Google, Amazon, and Verizon, to co-sign a letter calling on lawmakers to reject the RFRA measure.

Opponents of these laws believe that they will lead to discrimination against the LGTBQ community and limit the provisions of the Affordable Care Act. This is why the proposed Equality Act aims to eliminate the application of the 1993 RFRA.

However, as Travis Weber, Vice President for Policy and Government Affairs at Family Research Council, affirms that the RFRA was not created to discriminate based on sexual orientation but to protect religious minorities. And in practice, it has been proven that this type of conflict should not be generated, since so far, there are no examples of where an RFRA has been abused in this way. What is more, research done in 2016 by Christopher Lund, a law professor at Wayne State University in Michigan, showed that RFRAs were rarely used to sidestep LGBTQ anti-discrimination rules. Furthermore, states like Connecticut and Illinois have had RFRAs on the books since the 1990s, and LGBT advocates still hail them as some of the best states for LGBT individuals.

Why? Because RFRAs do not allow businesses to turn away customers or engage in discrimination as they see fit. Only a judge can apply an RFRA’s balancing test. In no cases do RFRAs allow people to automatically appeal to religion to “opt-out” of obeying a law. Moreover, the bill does not apply to individuals’ actions, only instances where the government overreaches to infringe on religious liberties. In spite of these facts, there was an almost five-year drought on the passage of effective state RFRA legislation (2016-2021).

In April of 2021, showing that Religious Freedom Restoration Acts (RFRA) are still viable in the public square, Governor Greg Gianforte of Montana signed Senate Bill 215. This RFRA law ensures that governmental action should not substantially burden the exercise of religion without compelling justification unless it is demonstrated that applying the burden to that person’s exercise of religion, is essential to further a compelling governmental interest, and is the least restrictive means of furthering that compelling governmental interest. Consequently, the bill provides a balancing test for courts in his state to use when reviewing government policies that infringe upon religious freedom rights.

To analyze each case, the standard RFRA contains a five-part test. Therefore, to claim its protection, a person first has to prove they have a sincere religious belief that is being substantially burdened. If one does, and the government does not have a very good reason to interfere, the individual wins. However, if the government has that reason, it must be questioned if there is a reasonable alternative to serve that public interest. If the answer is no, the individual loses, if the answer is yes the individual wins.

That is why these bills don’t automatically decide who will win every disagreement. The interests of all sides are weighed. All RFRAs do is level the playing field in court for people of deeply held religious convictions. Sometimes they win and sometimes they lose. It does not just give religious people carte blanche on issues. It gives both plaintiff and defendant a fair hearing when government action forces a person to violate his or her religious beliefs. The government can defend itself by proving that the burden is essential to furthering a governmental interest and is the least restrictive means of achieving that interest. This is because all RFRAs protect people with sincerely held religious beliefs from over-intrusive government regulation burdening their religious practice while winnowing out those using religion as a pretext to escape the application of general laws.

RFRAs protect everyone with a conscience – regardless of their religion, political views, the content of their beliefs, or how they apply those beliefs. Thanks to them, it has been possible to solve cases such as that of Michelle Betenbaugh and Kenney Arocha, members of the Lipan Apache Tribe of Texas, who had to go to trial to seek permission to allow their son to keep his hair in two long braids. The Needville Independent School District, where the boy was attending, had a dress code requiring men to keep their hair not touching their ears or the tops of their shirt collars. The U.S. Circuit Judge ruled in the family’s favor saying that the school district’s restrictions would represent a significant burden on the young man’s religious freedom due to the fact that wearing long hair was part of his sincere religious belief and symbolized their ancestry and their length of life.

As well, RFRA helped to decide the case of the Green family who owns and operates Hobby Lobby Stores, Inc., a national arts and crafts chain with over 500 stores organized around the principles of the Christian faith. Due to Obamacare’s mandate, they were forced to cover birth control methods like the morning-after pill and intrauterine devices under their health insurance policies. The U.S. Supreme Court ruled that certain for-profit companies could claim a religious exemption since they are composed of individuals who use them to achieve desired ends. Additionally, the court ruled that, because the contraception requirement forces religious corporations to fund what they consider abortion or face significant fines, it creates a substantial burden that is not the least restrictive method of satisfying the government’s interests.

Actually, according to James Richardson in his book Regulating religion: case studies from around the globe as of 1996, the year before the RFRA was found unconstitutional as applied to states, 337 cases had cited RFRA in its three-year time range.

Lately, it is heard that many of the Amish members are preparing to pack up and move to Pennsylvania, which has historically been very accommodating to this community. This can be replicated to people of other religions who decide to move to more conservative states because only there do they feel their rights are protected. But this should not be the case.

We must never forget that religious freedom is the right to believe, speak, and act – individually and in community with others, in private and in public – in accord with their understanding of ultimate truth. If we are not free to live according to the truths we discover, we cannot live a fully human life. This is a fundamental right guaranteed in the First Amendment of the United States Constitution, which applies to the whole country equally. Citizens should not be left defenseless in some states when their government attempts to burden their ability to live and worship according to their faith.

Violent religious persecution, severe government restrictions, and rising social hostilities challenging religious freedom are now common in every region of the world. If religious freedom is not protected in every state of America, where else can it be sustained?